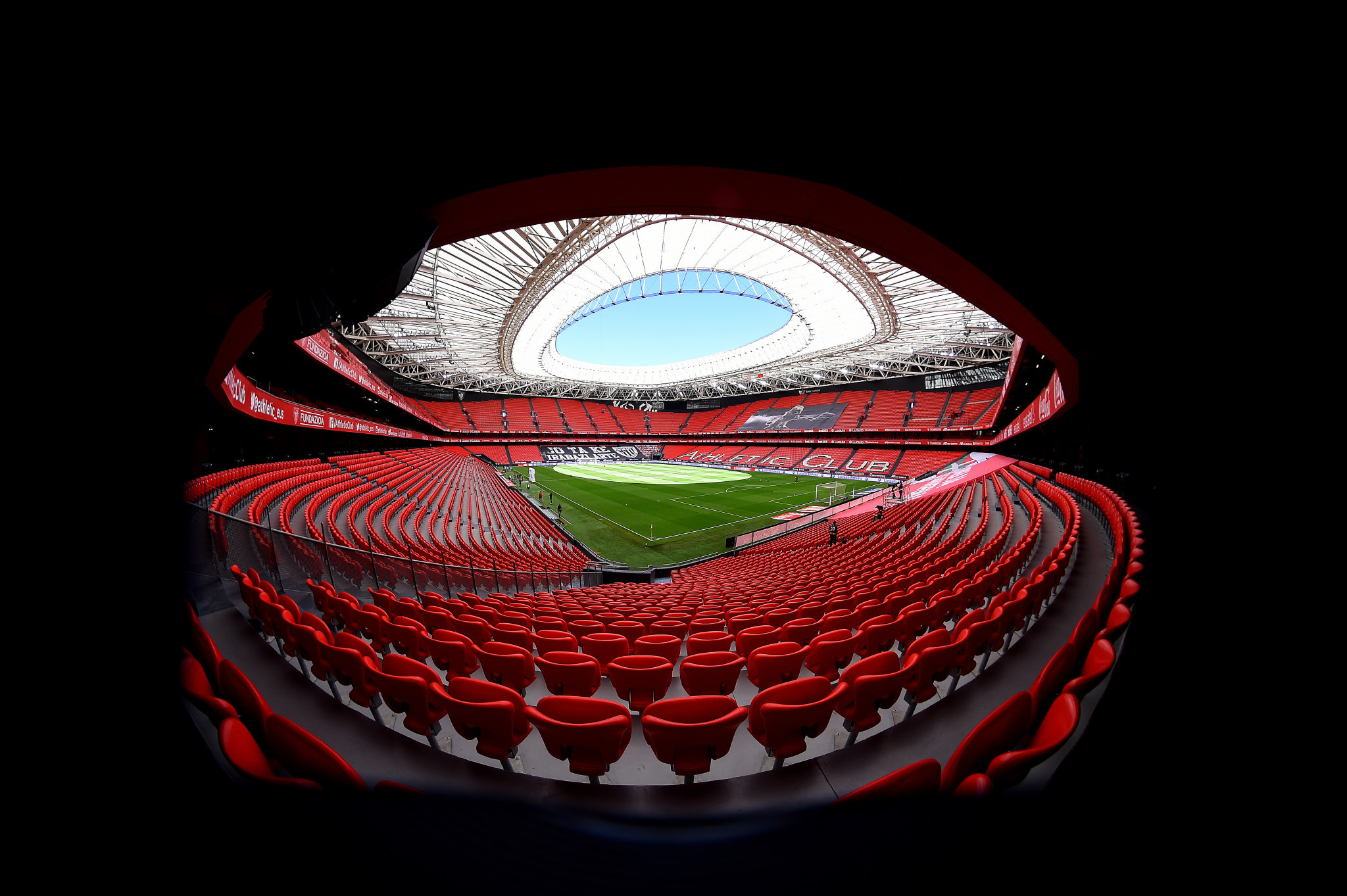 Dublin and Bilbao appear likely to lose the right to stage matches at football's European Championship this year because the Football Association of Ireland (FAI) and Royal Spanish Football Federation (RFEF) have told UEFA they cannot guarantee minimum spectator levels at matches.

European football's governing body wants all 12 proposed hosts to guarantee the presence of fans at games, with the deadline to confirm plans today, but the FAI said it was not in a position to do so.

"The Football Association of Ireland, on advice and guidance from the Government, has today notified UEFA that owing to the COVID-19 pandemic it is not in a position at this point to provide assurances on minimum spectator levels at the UEFA EURO 2020 matches due to be held in Dublin in June," read an FAI statement.

The FAI is awaiting a response from UEFA, added the embattled organisation's chief executive Jonathan Hill.

UEFA could make a decision on European Championship venues as soon as Friday (April 9).

Dublin is not the only host city in danger of losing matches over coronavirus restrictions - Bilbao could miss out too after the RFEF claimed it was "impossible" to meet Basque Government requirements for fans to be allowed in the San Mamés venue.

Among the targets the RFEF says will not be met is having 60 per cent of Spain's population vaccinated against COVID-19 by June 14, or having fewer than two per cent of intensive-care beds occupied by coronavirus patients.

The RFEF placed the blame squarely at the feet of the Basque Government, although politicians will no doubt say they have a duty of care to protect the wider population.

We have confirmed in our #EURO2020 submission to UEFA that the Scottish Government has given approval to allow spectators at Hampden Park up to 25% of the stadium capacity.

We anticipate a further update on a number of areas – including ticketing – from UEFA on Friday. https://t.co/FaAf500iBr pic.twitter.com/d6krFOG9TA

The majority of the other host cities for Euro 2020 appear to have given UEFA assurances over spectator attendance.

The Scottish Football Association said Hampden Park is Glasgow would be full to 25 per cent capacity - quelling previous fears Glasgow could miss out on staging matches.

Rome's Stadio Olimpico will have fans inside, the Italian Football Federation said as it confirmed Government backing for its spectator plan, but an exact figure has not been identified.

Football or Government authorities in London, Bucharest, Saint Petersburg, Copenhagen and Amsterdam have all indicated some spectators will be able to attend matches as well.

Munich in Germany is among the other scheduled hosts, but Bavarian Prime Minister Markus Söder sounded a note caution when discussing UEFA's plans.

UEFA will "meet with resistance" if it insists fans be present at matches in Munich, Söder said, per n-tv.

"Playing in large stadiums, all over Europe, with extreme mobility - I dare to doubt whether this is really a good idea!"

What assurances, if any, the Germany Football Federation was able to give UEFA is unclear, but the national body has called on Bavarian politicians to support its plans.

Baku and Budapest are also due to host matches, and while no public declarations have yet been made both are expected to say some spectators may attend.

Euro 2020 - which has kept the same name despite being delayed by 12 months because of the coronavrius crisis - is scheduled to begin on June 11 in Rome.

The final is set for July 11 at Wembley Stadium in London - also the scene of the semi-finals.

Wembley has been put forward as a venue capable of staging extra games, should other hosts pull out or be stripped of matches.

The two most at-risk cities, Dublin and Bilbao, are due to stage three group games and one in the round of 16.