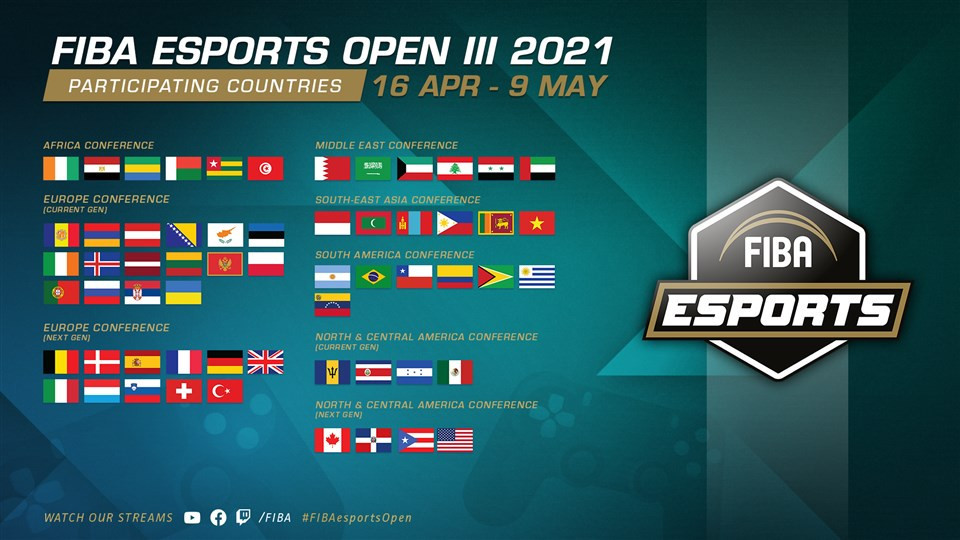 Starting yesterday, the competition features six regional conferences, just like the second edition of the event.

The toal of 60 teams is an increase from 38 in the FIBA Esports Open II.

Eight teams are in the North and Central America conference, with seven in the equivalent for South America.

Ready for some #FIBAesportsopen action? ?? Starting with the South East Asia Conference ?

The competition is scheduled to run until May 9, having begun with group-stage games yesterday.

Remote casters will commentate on early matches through a partnership with commentary platform Spalk, with coverage of all playoff games to produced from FIBA's virtual studio in Latvia.

Argentina, Australia, the Ivory Coast, Saudi Arabia, Turkey and the United States were all winners in their respective conferences during the Esports Open II, which took place in November and December last year.

Australia, Argentina, Italy, the Philippines and Saudi Arabia won their conferences in the inaugural competition in June and July 2020.