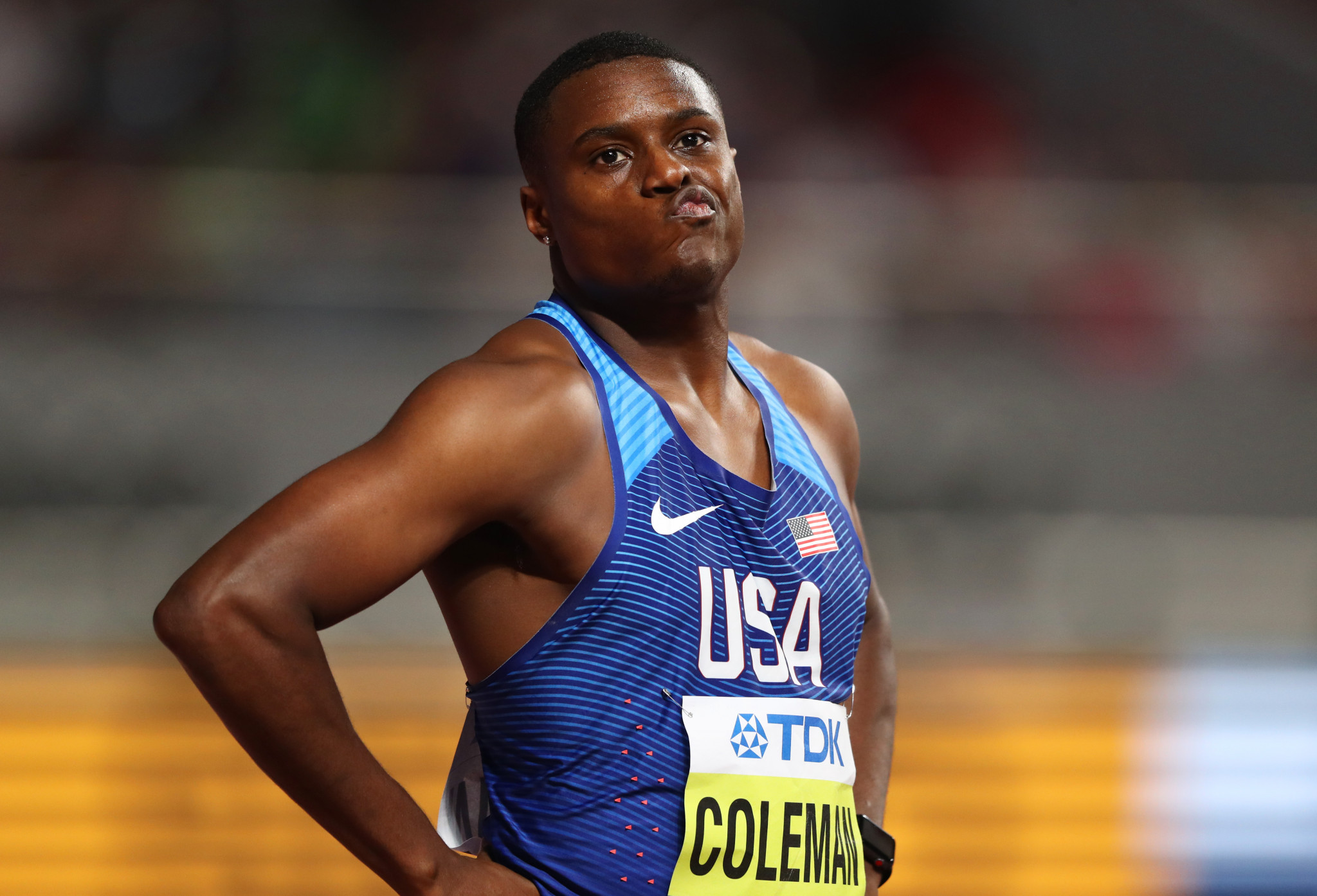 The Court of Arbitration for Sport (CAS) has reduced Christian Coleman's doping ban to 18 months on appeal, but the 100 metres world champion will still miss the Tokyo 2020 Olympics.

Coleman had previously been banned for two years by the Athletics Integrity Unit (AIU) for three whereabouts failures in a 12-month period.

The American will not be eligible to compete again until November 2021.

The CAS found "the athlete’s degree of negligence to be lower than that established in the Challenged Decision", because Coleman did not receive a phone call when a doping control officer arrived at the address where the sprinter was supposed to be on December 9 2019.

Coleman was Christmas shopping near his Lexington home and would have been able to return in time to give a sample had he been contacted, it was deemed.

"Although a telephone call during the 60-minute window was not required by the rules, it was nevertheless reasonable for the Athlete to expect such a call, as a matter of standard practice among other Doping Control Officers," said the CAS.

Coleman also missed a test on January 16 2019 and was slapped with filing error in connection with an attempted test on April 26 2019, giving three whereabouts failures in a 12-month period.

The filing failure related to Coleman being in Iowa for the Drake Relays when he was contacted several hours before the 60-minute window for the day by a doping control officer, having said on the whereabouts system he would be in Kentucky.

Coleman asked if he could be tested in Iowa, which he could not, and attempted to change his whereabouts information to Iowa after the conversation, but the rules state he should have updated whereabouts details "as soon as possible" and not two days after flying to Iowa.

Coleman previously escaped punishment over missing three tests in a 12-month period - one on June 6 2018, plus the transgressions on January 16 and April 26 of 2019 - by successfully arguing that the 2018 case, another filing error, should be pushed back to the first day of the quarter, April 1, and subsequently out of the year-long window.

That allowed Coleman to compete at the World Athletics Championships in Doha in 2019, where he won 100m and 4x400m world titles for the United States.

He did compete at the Rio 2016 Olympics, but only in the relay heats and was a spectator when the US were disqualified in the final.

Having the fastest man in the world banned from the Olympic Games is another blow to athletics' image, and Coleman has faced criticism from many quarters for his attitude towards drug testing.

However, he will be eligible to compete at the next World Athletics Championships in Oregon in 2022.

The AIU has welcomed the CAS decision to partially uphold the ban it gave coleman.

"We welcome the decision in this case," said AIU head Brett Clothier.

"No-notice out-of-competition testing is a fundamental pillar of the World Anti-Doping Code and is only possible with strict enforcement of whereabouts requirements.

"The decision confirms that athletes must take their whereabouts responsibilities seriously and be present at their indicated location during their daily 60-minute testing slot.

"It is not sufficient for athletes to be near their indicated location and to rely on being called by the doping control officer.

"The whereabouts requirements apply to all elite athletes around the world in equal measure."