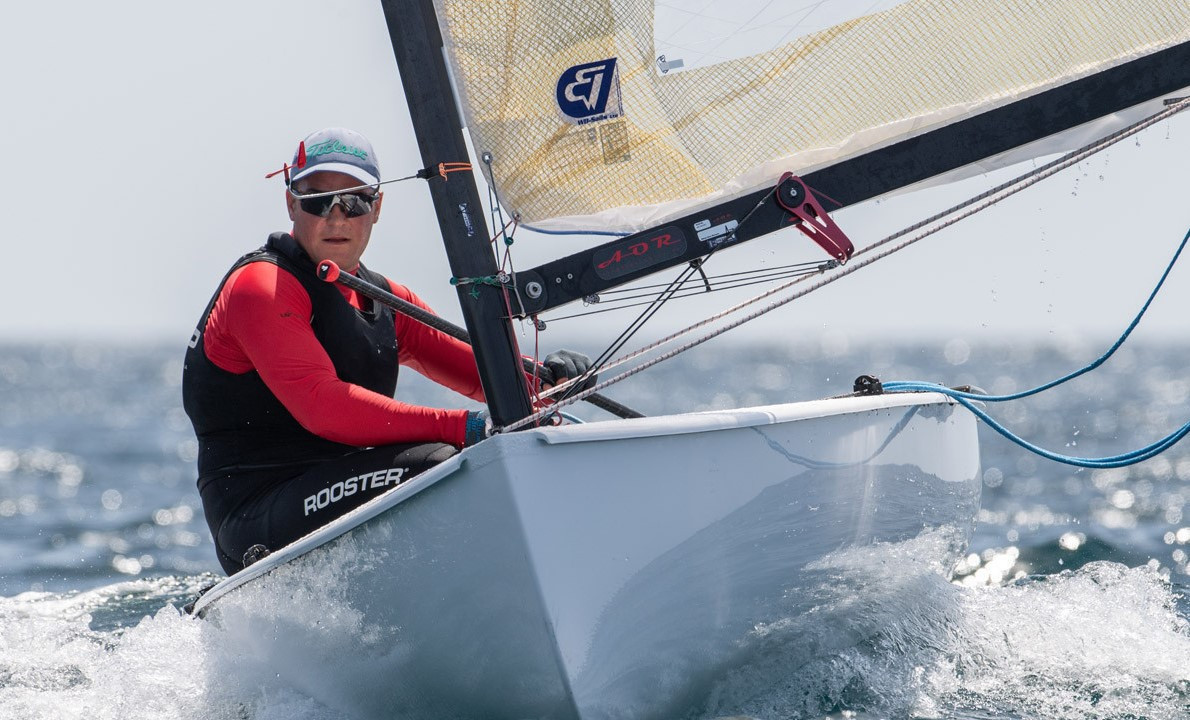 After prodigious back-to-back wins on the previous day’s racing at the Finn European Open and Under-23 Championship in Vilamoura had taken him into the overall lead, Spain’s 22-year-old Joan Cardona became human again today.

The defending under-23 champion was black-flagged and disqualified in his first race of day three for a starting fault, incurring an automatic 50 points penalty.

Discarding that score meant he still retained top position with his overnight lead on 21, but 17th place in the second race dropped him to third place overall on 38 points - although he is still 27 places clear of his nearest age group challenger.

Day three saw the class of the field rising, as Hungary’s super-consistent day one leader Zsombor Berecz, winner of the Tokyo 2020 test event in 2019, returned to top after sixth and seventh places brought his total to 30.

One place behind him on 34 points, after finishing 12th and first today, is Britain’s Rio 2016 champion Giles Scott.

Meanwhile, the world number one, Switzerland’s Nils Theuninck, has moved up to joint third with Cardona after finishing second in both today’s races.

Given the way the Finn class has appeared to be on its way out of the Olympic programme after Tokyo 2020, Cardona’s Olympic career is in danger of ending abruptly as his big physique is not suited to other boat classes at the Games.

"I feel like the Finn class has so much more to offer me, but if it is not Olympic anymore my Olympic dream will end at the age of 22," Cardona told vilamourasaling before the day’s racing.

Following the news this week that World Sailing consider there is a possibility the offshore keelboat option will be rejected by the International Olympic Committee for Paris 2024, the prospect exists again that the Finn could be included after all.

"For me it would be a life changer if the Finn class makes it to the next Olympics," Cardona said.

"I am still under-23 and did not manage to qualify to the Olympics yet.

"This fleet is so talented that taking all of us out from the Olympics, it’s a really big loss for the sport of sailing. I really hope the Finn class can stay Olympic for much more time."

Two races are scheduled for each of the two remaining days in an event that is doubling for many as a vital warm-up for the final Tokyo 2020 qualification event in Portugal four weeks from now - the Finn Gold Cup in Porto.

A fleet of around 50 sailors from 28 nations has gathered to take advantage of a regatta that was originally intended to be sailed at the French venue of Hyères over the same dates.