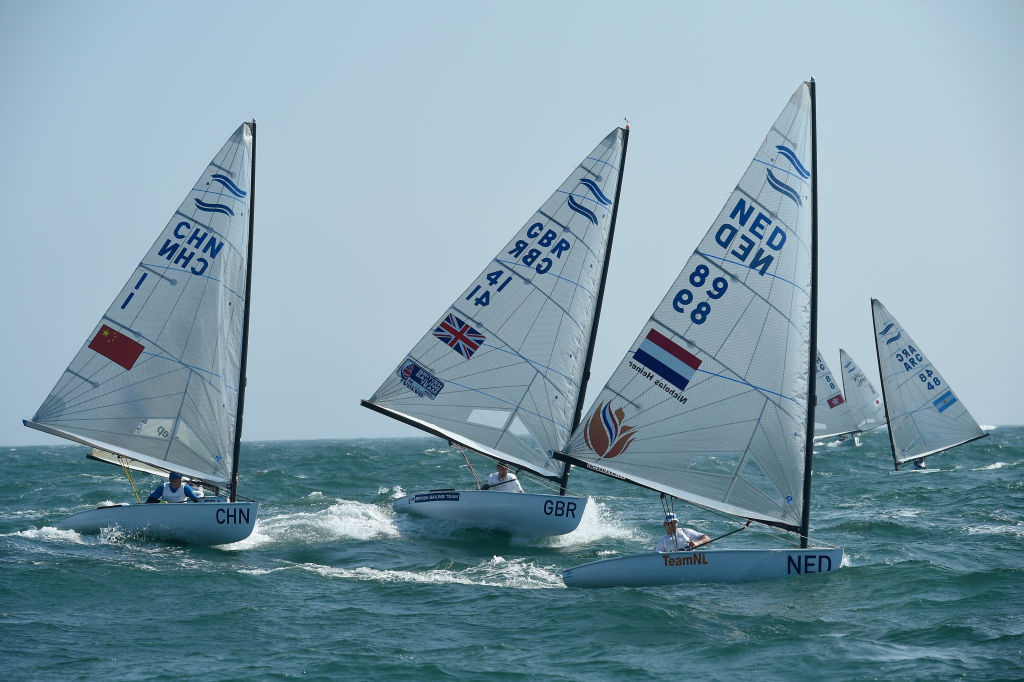 Zsombor Berecz took a first-day lead at the Finn Open and Under-23 European Championships being held at the Portuguese venue of Vilamoura today.

With two races scheduled each day, concluding on Friday (April 16), the 34-year-old Hungarian sailor - who competed at the Beijing 2008 and London 2012 Olympics in the Laser class and won the Tokyo 2020 Finn test event in 2019 - topped the early standings after finishing fourth and then fifth in the opening contests.

Two points further back on 11 is Canada’s Rio 2016 Olympian Thomas Ramshaw, whose fifth place at the 2018 World Championships earned his country a berth in the Tokyo 2020 competition.

He finished ninth and then second.

Third place is held by Britain’s 24-year-old Henry Wetherell, winner of the first race, who dropped to 16th in the second for a current total of 17 points.

The European Championships serve as a vital warm-up for the final Tokyo 2020 qualification event in Portugal four weeks from now - the Finn Gold Cup in Porto.

Spain’s runaway 2020 under-23 European champion, Joan Cardona, whose main goal over the next five weeks is to qualify Spain for Tokyo 2020, lived up to his pre-race comment that he was "feeling confident" about the forthcoming event.

Cardona finished day one in fourth position overall, after finishing 15th and then fourth, and is the only under-23 entrant in the top 20.

Australia’s Jake Lilley got off to a flying start with second place in race one, but then dropped to 34th in the second, and currently stands 13th overall.

Britain’s Rio 2016 gold medallist Giles Scott, who won this event in 2011, 2014 and 2019, stands 18th after finishing fifth and 37th, while the current world number one Nils Theuninck of Switzerland is six places further back after coming 21th and 25th.