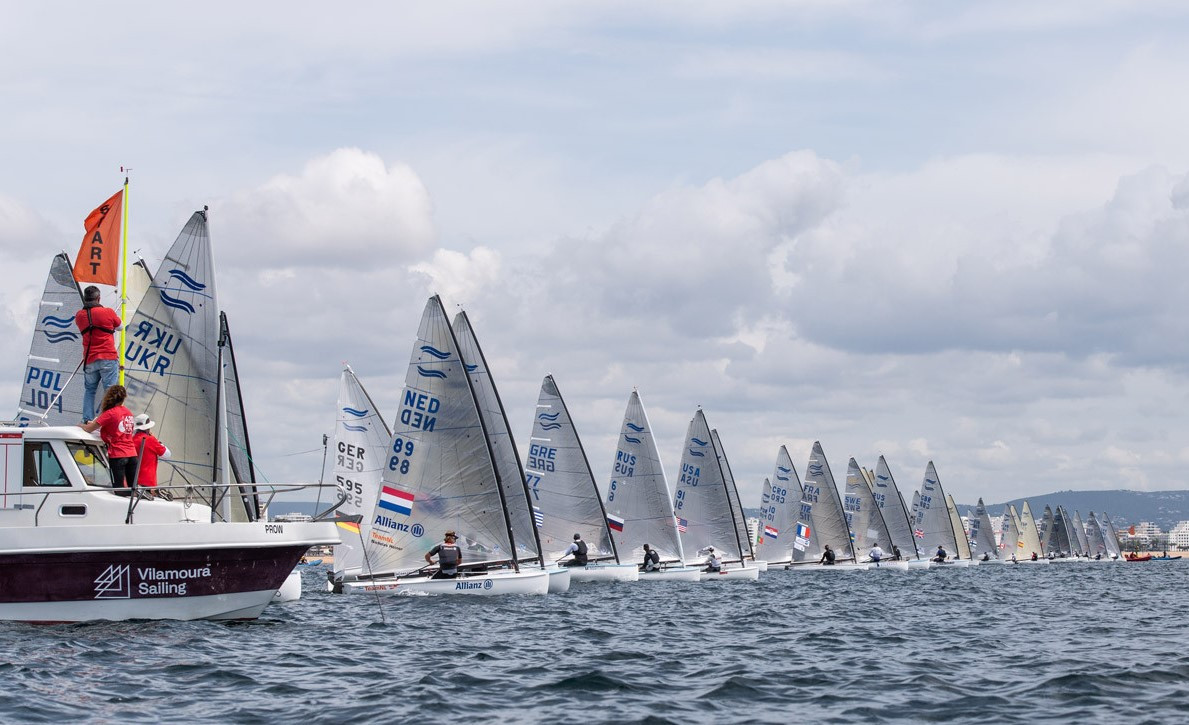 Spain’s Joan Cardona offered further evidence of his prodigious talent today as he moved top of the rankings at the 2021 Finn European Open and Under-23 Championships after winning both of today’s races at Vilamoura.

Cardona, the 2020 European under-23 champion, whose main target in the Portuguese resort, apart from defending his title, is to earn a Tokyo 2020 quota place for his country, had begun the second day of racing in fourth position after finishing 15th and then fourth.

The Hungarian sailor, winner of the Tokyo Olympic test event in 2019, now stands second on 27 points after finishing eighth and 10th, on day two.

Placings of sixth and second moved Croatia’s Milan Vujasinovic up to third place, a point off Berecz.

However, two of the regatta’s favourites - Britain’s Rio 2016 Olympic champion Giles Scott and current world number one Nils Theunnink of Switzerland - have now made it into the top 10 placings.

Scott is ninth having finished 11th and fifth today, while Theunnink is a place below him after placing second and then 11th.

Two races are scheduled for each of the three remaining days in an event that is doubling for many as a vital warm-up for the final Tokyo 2020 qualification event in Portugal four weeks from now - the Finn Gold Cup in Porto.