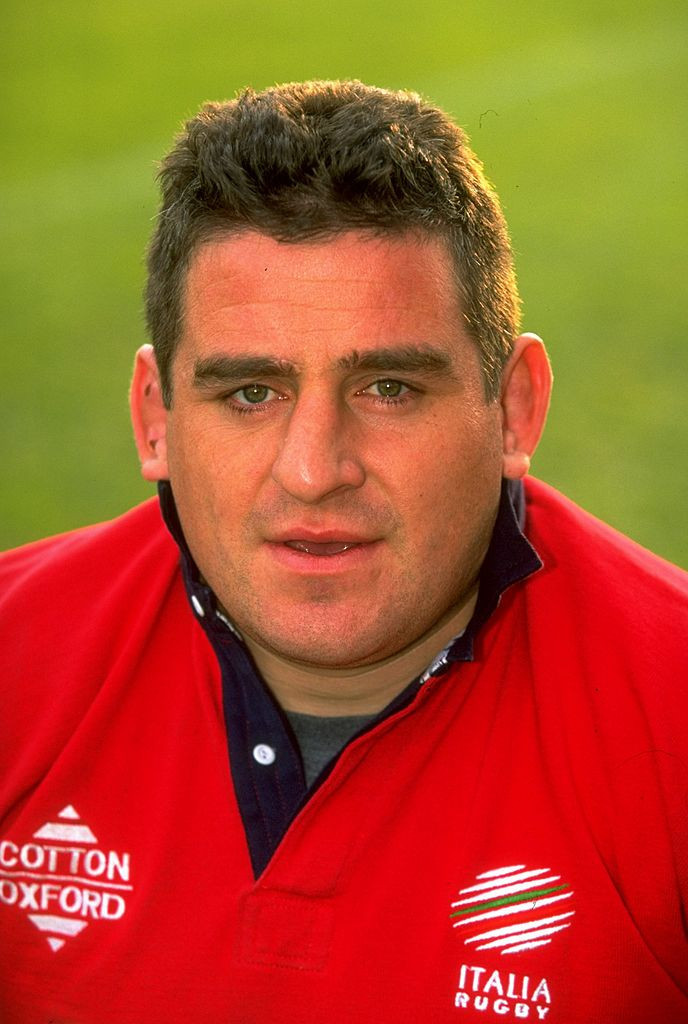 Massimo Cuttitta, the former Italy rugby union captain, has died from COVID-19 complications at the age of 54.

Cuttitta, who also served as scrum coach of the Scottish national team between 2009 and 2015, died in hospital in Rome.

Those sentiments were echoed by Scottish Rugby, which tweeted that it was "deeply saddened" to hear of Cuttitta's death and added that its "thoughts are with his family and friends at this time."

He also scored 29 points for Italy.

He competed in the 1991 and 1995 World Cups and took part in Italy's first matches in the Six Nations tournament, which they joined in 2000.

Born in Latina, Italy, Cuttitta spent part of his youth in South Africa where he played rugby, along with his twin brother Marcello, also a former Italy international.

Returning to Italy in 1985 he played for several Italian clubs before joining English side Harlequins in 1997.

As well as his work with the Scottish national team as a scrum coach, Cuttitta also served as a consultant with countries including Romania, Canada and Portugal.

"Massimo was one of the symbols of the national team who, thanks to an extraordinary generation of players, gained access to the Six Nations Tournament with a series of unforgettable performances in the 1990s," said FIR President Marzio Innocenti.

"He was not only an incredible servant of Italian rugby and an excellent interpreter of the role of prop, but also an appreciated ambassador of our movement abroad."