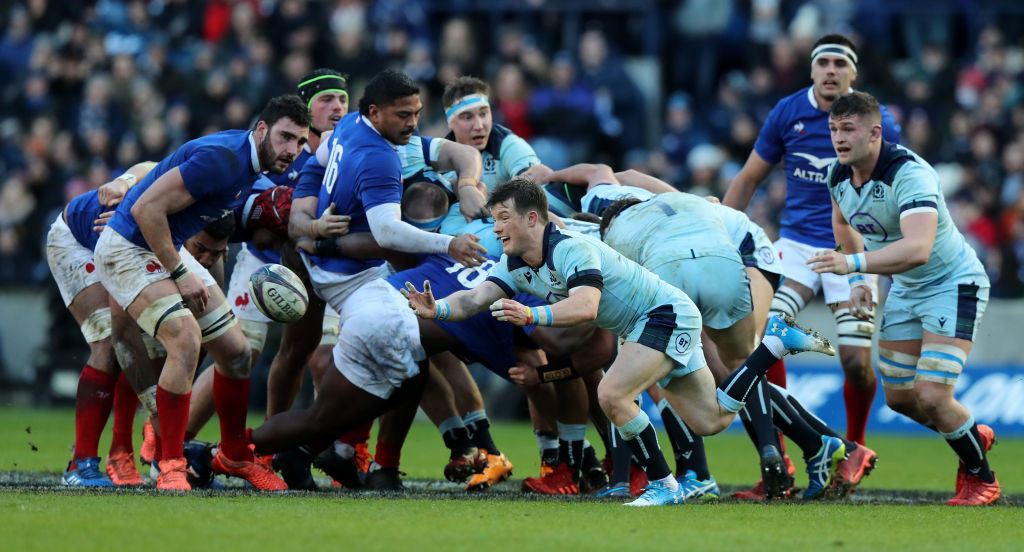 The Six Nations match between France and Scotland in Paris has been rescheduled for March 26 after it was postponed due to an outbreak of COVID-19 within the host team's camp.

Tournament organisers confirmed the new date for the contest, which had been due to take place on February 28.

It was called off after 11 French players, including scrum-half Antoine Dupont and captain Charles Ollivon, tested positive for COVID-19.

The game at the Stade de France will be held after the planned final round of fixtures, scheduled for this weekend.

French Sports Minister Roxana Maracineanu had threatened to pull the plug on the country's participation in this year's Six Nations after the positive tests were confirmed.

Head coach Fabien Galthie was the first to test positive for COVID-19 and it later emerged he had left the team's coronavirus bubble before the outbreak of cases in the squad.

Galthie was at the Stade Jean-Bouin in Paris to see his son Mathis play on February 7.

This was outside of the team's bubble and just a day after France had beaten Italy 50-10 in Rome in their first Six Nations match.

Players also came under fire amid suggestions they ate waffles in a restaurant in the Italian capital before their victory over the Azzurri.

Strict coronavirus measures are in place to allow this year's Six Nations to go ahead safely, with the positive cases forcing the entire French squad into quarantine.

France are due to play Wales in Paris tomorrow, and the game against Scotland could potentially decide who wins the title.