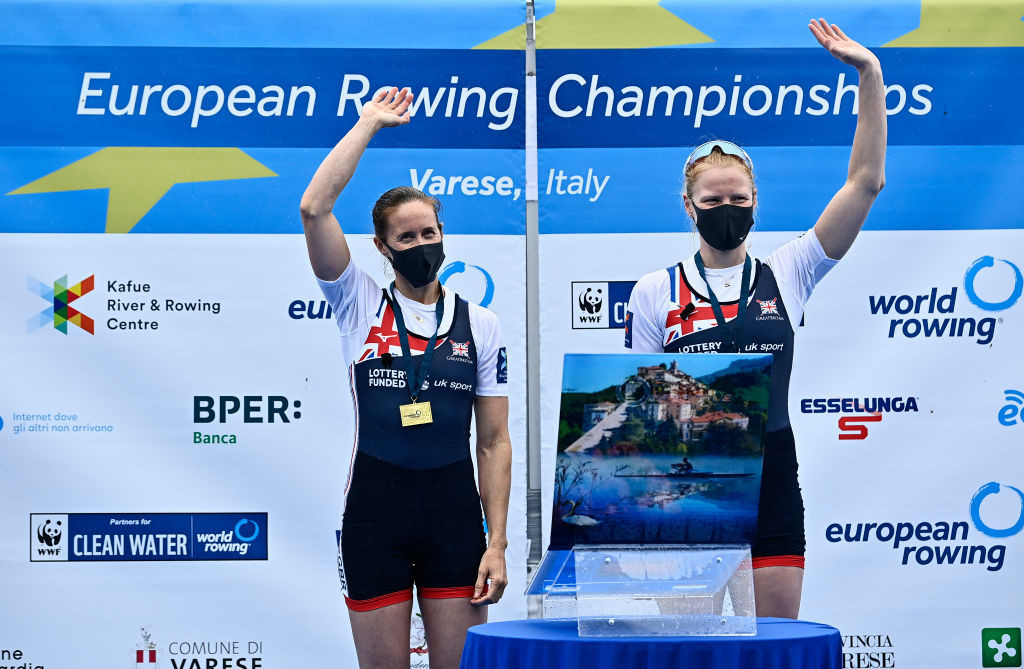 The 34-year-old, who partnered Heather Stanning to Olympic gold at the London 2012 and Rio 2016 Games, returned to competition this year having taken four years out, during which time she and her husband, TV naturalist Steve Backshall, have had three children including twins last year.

In what was only her second post-comeback race with Swann following Friday’s (April 9) win in the heats, Glover provided her habitual power and technique in a boat that came home in 7min 02.73sec, with Romania taking silver in 7:03.02 and Spain bronze in 7:03.75.

Glover last lost a major race at the 2011 World Championships, where she and Stanning finished second - while suffering from stomach bugs - and the Tokyo 2020 prospects look bright indeed for herself and Swann, a junior doctor with whom she won the world title in 2013.

"It’s been a long winter but just to come out with Helen to race feels pretty epic," Swann said.

"I don’t think we expected to win."

Logie bear, little Kit, my Bo. This is for you 🥇. #EuropeanChampions pic.twitter.com/GXPm9aU9Fi

In what is the first major international competition contested by Britain in the space of a year, rising hopes for Tokyo were further fuelled by a majestic victory in the men’s coxless four - the class in which British rowers have won at the last five Olympics.

Croatia’s Sinković brothers, Martin and Valent, winners of the double sculls Olympic title in Rio 2016, have been the main moving force in the men’s pair since taking it up in 2017, having won two world titles, and they secured their third consecutive European title in a time of 6:23.37.

For all their standing in the sport, however, they were swiftly admonished by officials for taking off their masks for pictures while on the rostrum.

Yesterday’s racing was followed by the announcement that the Turkish team had to withdraw from the European Championships after producing three positive COVID-19 tests.

France’s Matthieu Androdias and Hugo Boucheron won a close finish in the men’s double sculls, clocking 6:12.41, with The Netherlands taking silver in 6:14.66 and Britain bronze in 6:14.77.

Hungary took the lightweight men's pair title ahead of Italy and Moldova.

German world champion Oliver Zeidler won the men's single sculls by more than a second, crossing the line in 6:48.86.

The men's eight was won by Britain in 5:30.86, with Romania second and the Dutch team completing the podium.

That added to the British gold won in the PR2 mixed pair in similarly dominant style, with Lauren Rowles and Laurence Whiteley clocking 8:08.41 ahead of The Netherlands, who finished in 8:17.69.

Hungary’s Peter Galambos won the lightweight single sculls title in 7:01.52 from Gabriel Soares of Italy in 7:03.63.

The lightweight women’s singles sculls title went to Alena Furman of Belarus in 7:41.81, with Romania’s Gianina-Elena Beleaga taking silver in 7:45.80.

Briatin finished the event with five gold medals and 12 in total o top the overall standings.