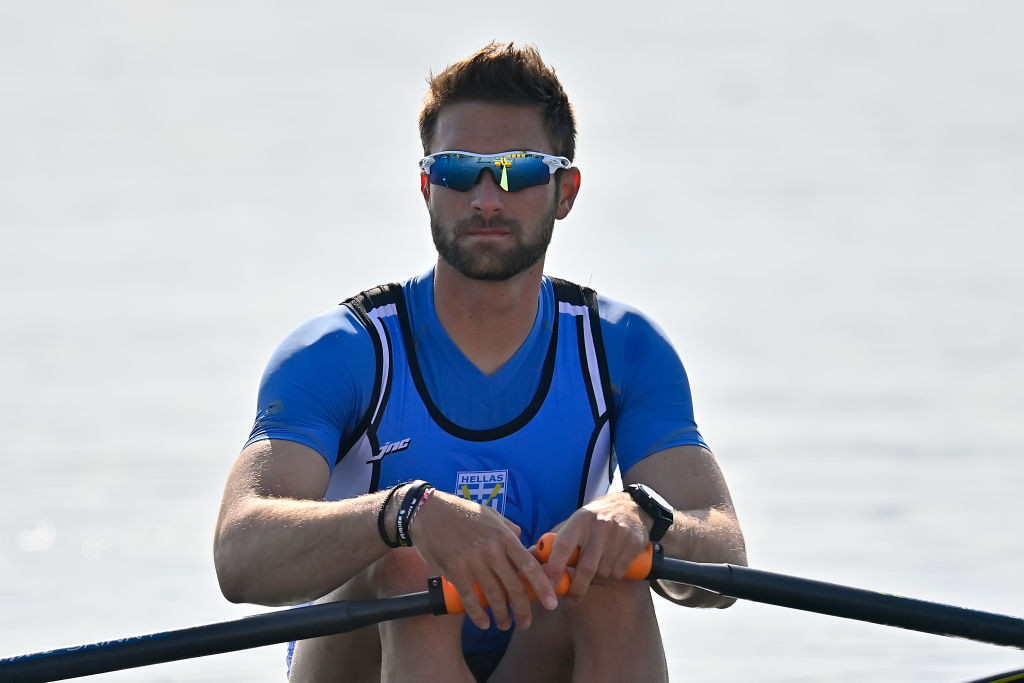 Greece’s Stefanos Ntouskos secured a Tokyo 2020 quota place for his country after winning the men's single sculls final at the European Olympic rowing qualifier in Varese.

Ntouskos, the top-ranked athlete heading into the qualifier, clocked 6min 52.22sec to claim one of the three available quotas in the event at the postponed Tokyo 2020 Olympic Games.

Alexander Vyazovkin also earned a quota for what will be a "neutral" Russian team at the Games after finishing second in 6:54.62, with the third place going to Hungary's Bendeguz Petervari-Molnar.

Russia, set to compete at Tokyo 2020 as "ROC" under sanctions placed on the country due to the doping scandal, will also have a representative in the women's single sculls thanks to Hanna Prakhatsen.

The Russian sculler won the women's final in a time of 7:30.57, more than 10 seconds clear of nearest rival Diana Dymchenko of Ukraine.

Serbia's Jovana Arsic did enough for third, with the top three all sealing a Tokyo 2020 quota for their respective countries.

Anastasia Lebedeva and Maria Botalova sealed another quota for Russia by virtue of their victory in the women's lightweight double sculls final.

Lebedeva and Botalova crossed in 7:04.59, over six seconds clear of Zoi Fitsiou and Evangelia Anastasiadou of Greece, who also claimed a Tokyo 2020 quota.

The available quotas in the men's lightweight double sculls went to Igor Khmara and Stanislav Kovalov of Ukraine and Portugal's Pedro Fraga and Afonso Costa.

Varese is set to stage the European Rowing Championships from tomorrow until Sunday (April 11) following the conclusion of the Tokyo 2020 qualifier.

Britain's double Olympic champion Helen Glover is set to make her return to rowing at the event in Italy having not competed since Rio 2016.

Reigning European men's single sculls champion Sverri Nielsen of Denmark is among the other high-profile entrants for the European Championships, due to be held under a series of COVID-19 protocols.

A total of 629 athletes from 35 countries have entered the regatta.