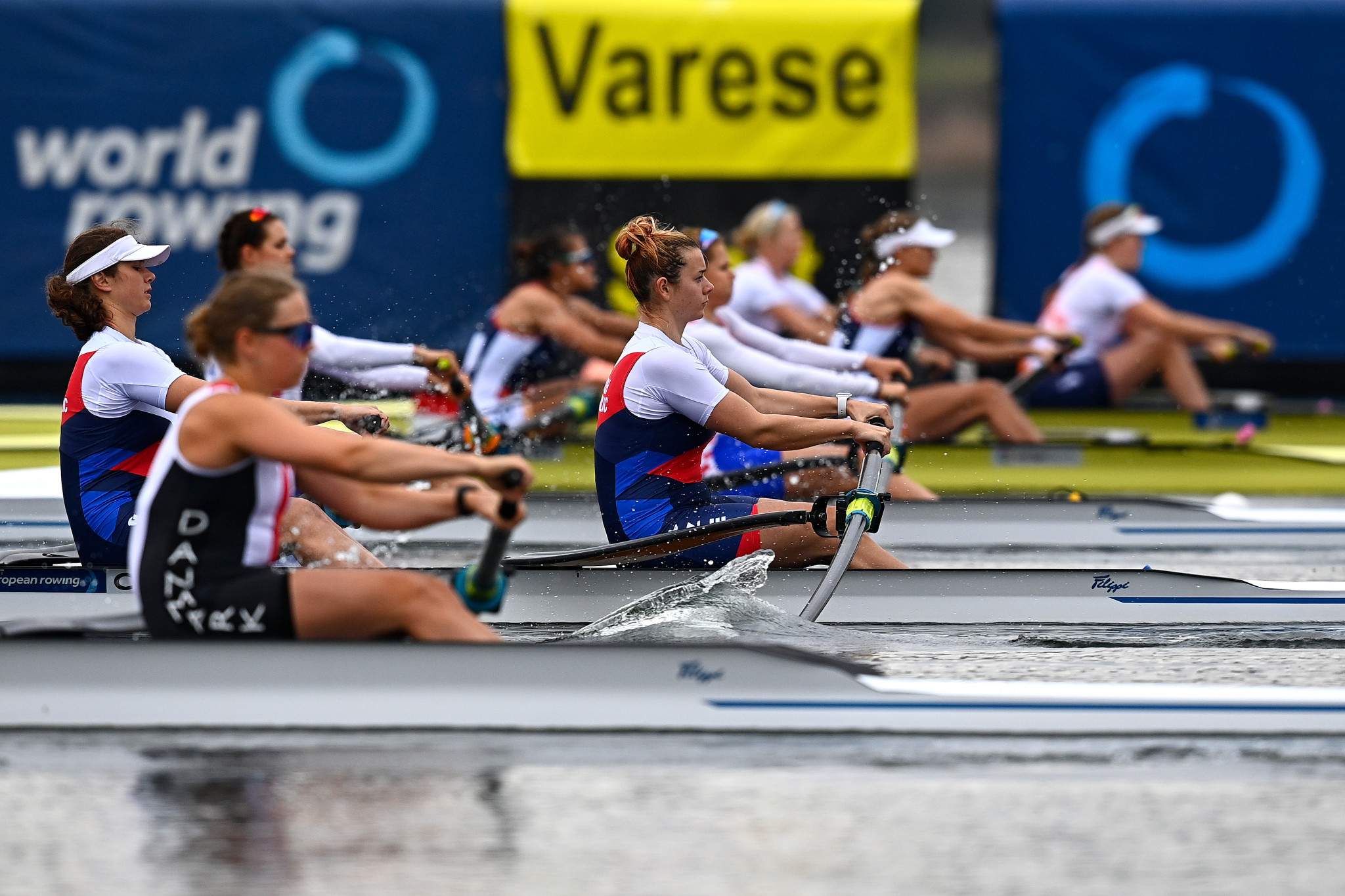 The Turkish delegation has been removed from the European Rowing Championships in Varese in Italy after three team members tested positive for COVID-19.

World Rowing made the announcement shortly after the second and penultimate day of racing concluded today, adding: "At this stage, the Championships will continue as planned."

"They show no COVID symptoms," the release said.

"The other 17 delegation members tested negative.

"The three positive persons have been moved to a dedicated isolation hotel, the rest of the delegation are isolating and will move to a separate hotel, and all Turkish crews have been withdrawn from the regatta.

"At this stage, the Championships will continue as planned."

World Rowing added it was "confident that all protocols have been respected and there has not been contact between other teams and the Turkish team."

Earlier in the day it emerged that the host nation’s athletes were competing on a warning following transgressions in the COVID-19 protocols by Italy’s men's eight during the European Tokyo 2020 Olympic qualifier held at the same venue from April 5 to 7.

The crew - who were preparing for the European Championships - ran foul of the rules when they brought their boat into the boat park for the qualifying regatta, in which they were not involved.

World Rowing said: "The ITA M8+ and Italian Rowing Federation has been given a reprimand for a violation of the COVID-19 Participation Requirements of the regatta.

"The ITA team is now on notice that any further transgressions of the COVID19 protocols by the ITA crews shall result in those crews being excluded from the European Rowing Championships and accreditation not issued."

It is not the first time a Turkish team has been removed from an event following a coronavirus outbreak - the nation's men's water polo squad were eliminated from an Olympic qualifier in February when five players tested positive.

Tomorrow’s men’s singles sculls final will have world-class quality given the presence of all three medallists at the last World Rowing Championships in 2019 along, with Croatia’s Rio 2016 silver medallist Damir Martin.

He was followed home in 6:49.85 by Martin, who lost the Rio 2016 Olympic final on a photo finish by a 5,000th of a second after he and New Zealand’s defending champion, Mahe Drysdale, had both clocked an Olympic record of 6:41.34.

Britain - making a successful return to international competition after last year’s absence - saw another athlete progressing as Victoria Thornley, who partnered London 2012 gold medallist Katherine Grainger to silver in the double sculls at the Rio 2016 Games, reached tomorrow’s women’s single sculls by finishing second in her semi-final in 7:31.19.

Her race produced the fastest time of the day, 7:28.15, from Russian athlete Hanna Prakhatsen.

Charged with maintaining a proud tradition in the men’s four, Britain produced the fastest semi-final time of 5:54.03, with defending champions The Netherlands second-fastest qualifiers in 5:55.84 in winning the other semi-final, where less than a second covered the first four crews.

Britain’s women’s four also reached the final with victory in the first repechage in 6:29.51, with Romania joining them in 6:29.56.

Russia and Italy qualified in the other repechage.

In the men’s double sculls repechage races, the fastest three were - in order - France, Britain, and The Netherlands.

Croatia’s Sinković brothers, Martin and Valent, Rio 2016 champions in the double sculls, were top qualifiers for the men’s pair final.

The hosts also earned representation in the women’s quadruple sculls final - for which Britain and Germany qualified yesterday - with victory in the first of two repechage races in a time of 6:23.03, with Norway joining them after finishing in 6:24.72.

The two qualifiers from the other repechage were The Netherlands, who clocked 6:22.26, and Ukraine, who finished in 6:27.08.