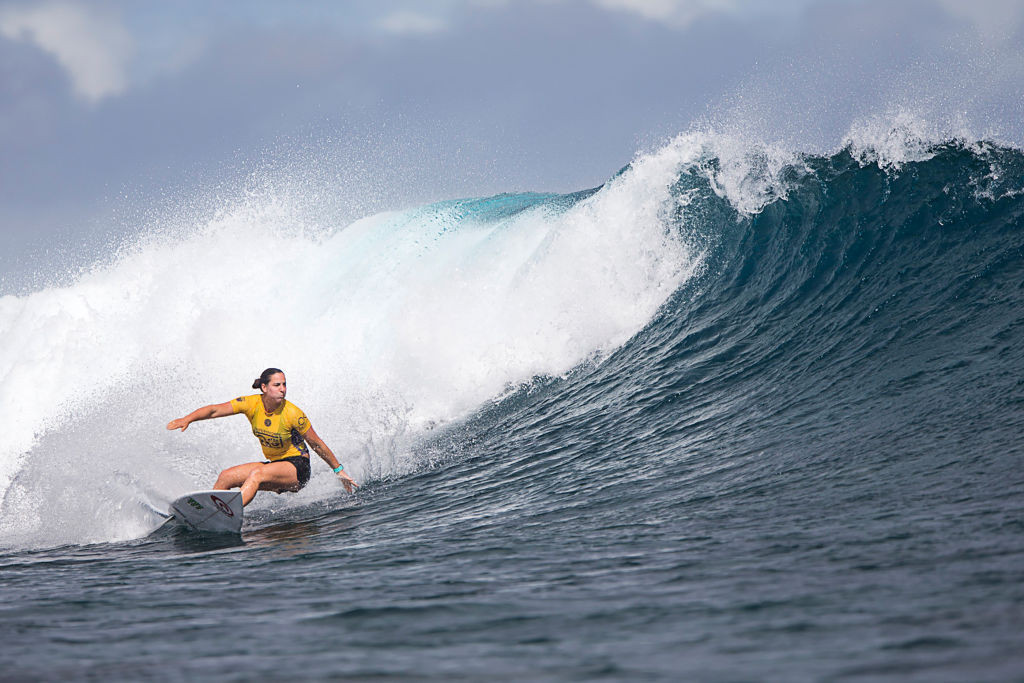 World number one Tyler Wright suffered a shock round-of-16 exit on a day of surprises at the World Surf League Championship Tour event in Newcastle in Australia.

Australia's Wright was beaten by American Courtney Conlogue in a closely-fought heat on the second day of the competition at Merewether.

Wright is in danger of losing her yellow jersey - worn by the athlete ranked number one in the world - following the defeat.

Moore will retake the number one ranking she lost to Wright at Pipeline in December last year if she finishes in third place or better at the Newcastle Cup.

Wrapping today with the Women’s Quarters locked. Who’s heading into the Semis?
Tune in for the next call 6:45 am AEST. (1:45 pm PDT, 5:45 pm BRT)@ripcurl @corona @newsouthwales#NewSouthWales #LoveNSW pic.twitter.com/nnLjAtqXlA

Brazilian-born surfer Tatiana Weston-Webb and Sally Fitzgibbons of Australia were among the other high-profile casualties following losses to rookie Isabella Nichols and Keely Andrew - both Australian - respectively.

Italy's Leonardo Fioravanti produced the highest single-wave score of the event so far on his way to earning a two-wave total of 15.67 in the men's competition.

"I went out there to pick the best waves," Fioravanti said.

"In my first heat I didn't have very good wave choices.

"I feel like I'm surfing really well and I know that if I get good waves I can get big scores and it [that wave] gave me some confidence in what I already knew I could do."

Action at the event is scheduled to continue tomorrow.