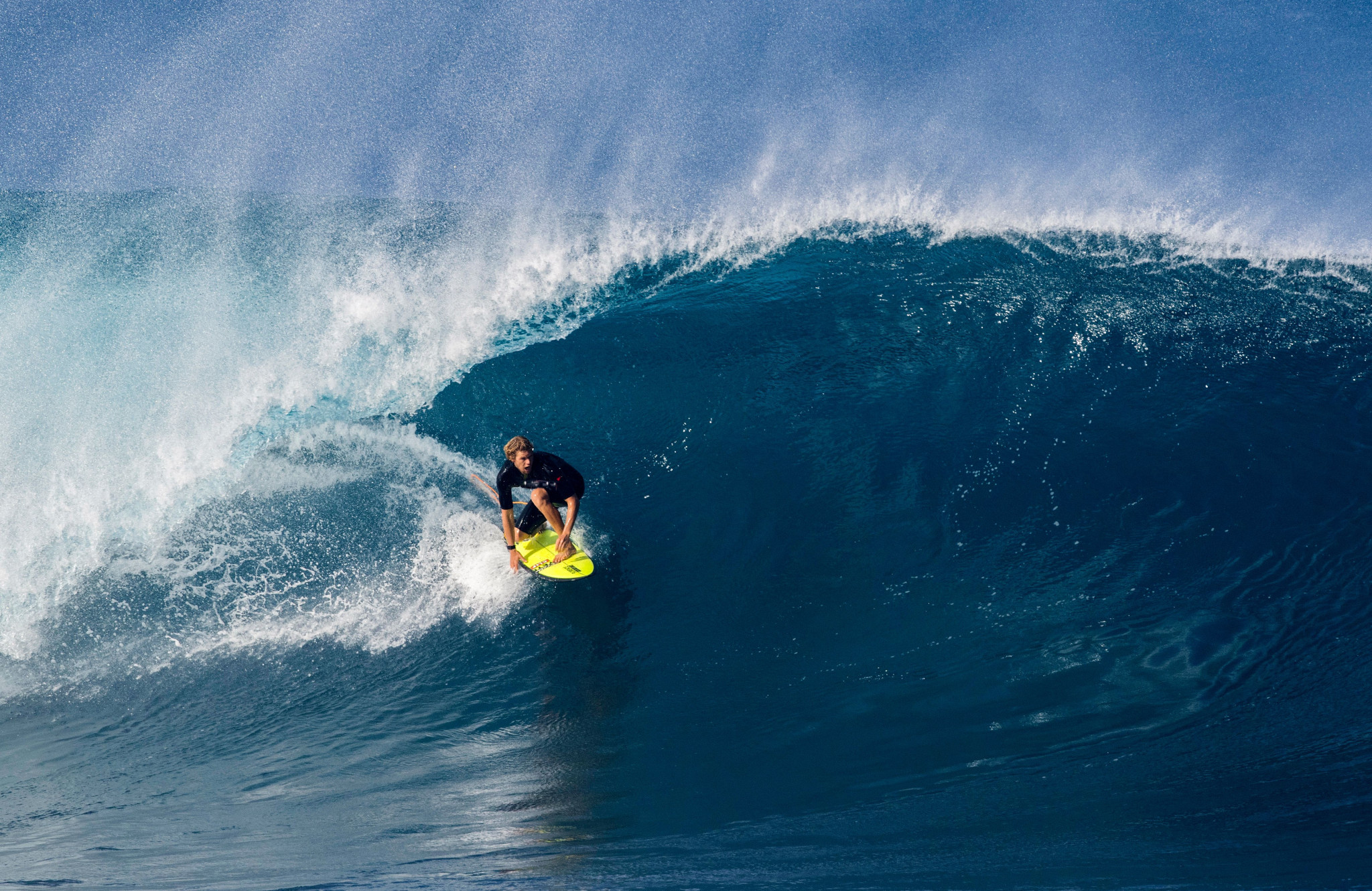 Tyler Wright and John John Florence showed why they are top of the world rankings as they impressed on day one of the World Surf League Championship Tour event in Newcastle.

The duo both won their respective heats on the Australian waves at Merewether as they look to back up their victories at December’s season-opening Pipe Masters in Hawaii.

Florence of Hawaii came out on top in heat three with a score of 14.56 - one of the highest totals of the day.

Wright, another two-time world champion, was dominant in her heat, employing the smart strategy and powerful surfing, which has been her trademark throughout her career.

She scored 7.60 thanks to four textbook turns right into the Merewether sand in the final seconds to finish with a total of 13.37.

American Lakey Peterson came second with 10.50 while Australian Keely Andrew was third with 8.90.

"It's part of coming back to be really efficient and really smart," said Wright.

"Until last year I'd never really channelled being at home as well as I could have, and last year kind of showed me what it could be like, to really enjoy the hometown advantage and the crowd and all the support, so I feel like I'm starting to embrace it and having a lot of fun with it," Callinan said.

Sally Fitzgibbons topped an all-Australian women's heat with a score of 14.00 ahead of Nikki van Dijk and Macy Callaghan who notched 10.27 and 8.44 respectively.

"I'm so grateful to be here," said Marks who produced a false positive COVID-19 test result ahead of the event.

"It was definitely really stressful to get here but I am stoked and I am all healthy and good to go.

"It is so good to be back in Australia, it’s been a few years and it’s one of my favourite places in the world.

"I'm really stoked with how that went, I was a little bit nervous, first heat of the year but it went well."

Action is set to continue tomorrow with the event scheduled to be completed on April 11.