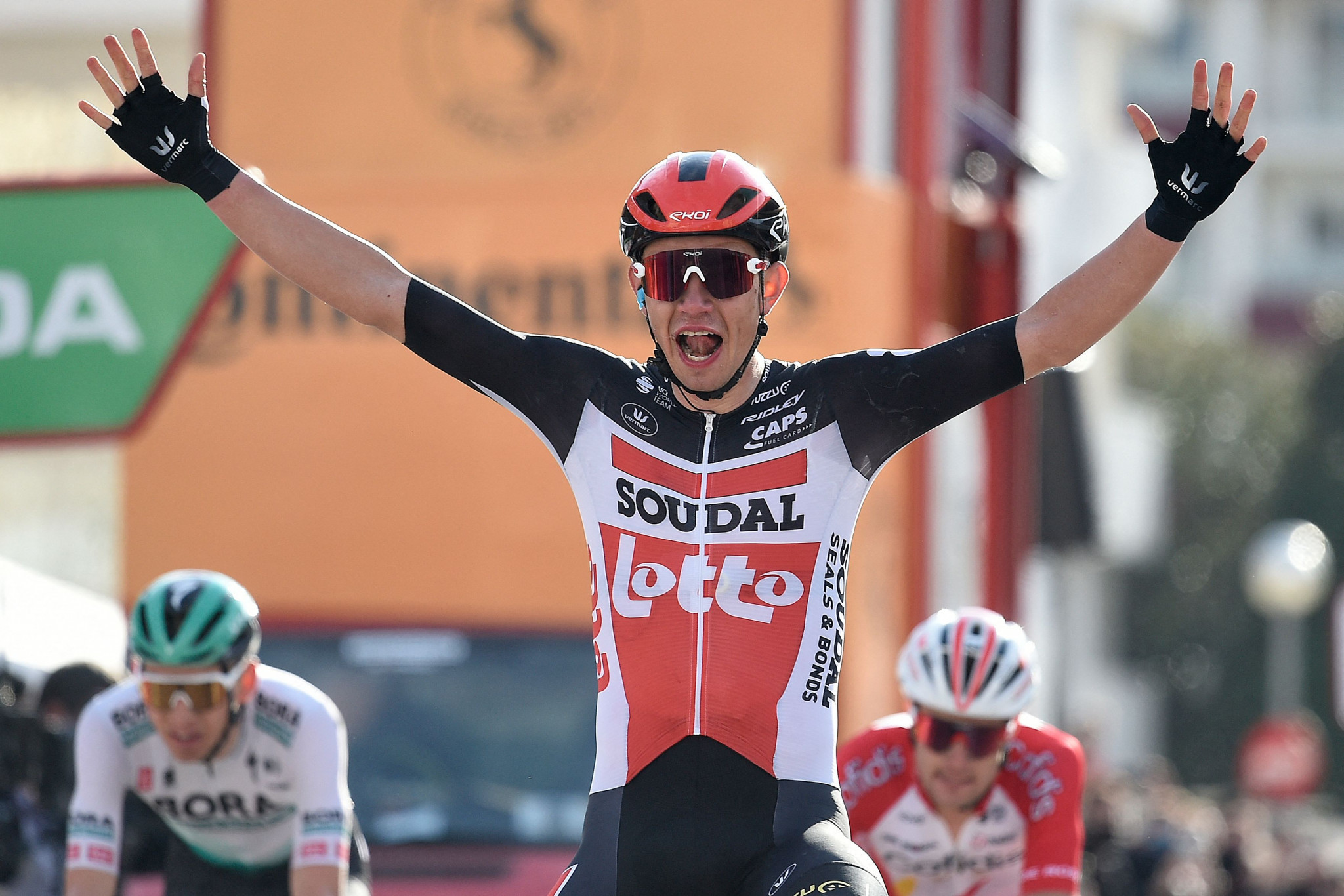 Denmark’s Andreas Kron triumphed on the opening stage of the Volta a Catalunya from a four-man breakaway in Calella.

Kron joined a move instigated by Spain’s Luis Leon Sanchez in the final 25 kilometres of the 178.4km medium mountain stage.

The quartet, completed by France’s Rémy Rochas and Germany’s Lennard Kämna, were able to open a lead approaching one minute over the peloton.

The gap was reduced in the closing kilometres, but the breakaway was able to remain clear to contest the stage victory.

Kämna attempted to move clear of his breakaway compatriots before the finish, but was unable to establish an advantage.

Sanchez, a four-time stage winner at the Tour de France, had appeared best placed to claim victory but saw Kron sprint away to triumph in a time of 4 hours 20min 15sec.

The Lotto Soudal rider was followed across the line by Sanchez, with Rochas and Kämna rounding off the top four.

The peloton crossed the line 16 seconds behind the breakaway, with the majority of the general classification contenders present in the group.

Four-time Tour de France winner Chris Froome was among the absentees, with the Israel Start Up Nation rider having been dropped earlier in the stage.

The British rider ultimately finished in a group which ended 8:30 off the pace.

The general classification contenders will hope to secure an advantage tomorrow, with an individual time trial taking place in Pla de l'Estany.

Riders face an 18.5-kilometre race against the clock.

The stage race is set to take place until March 28.