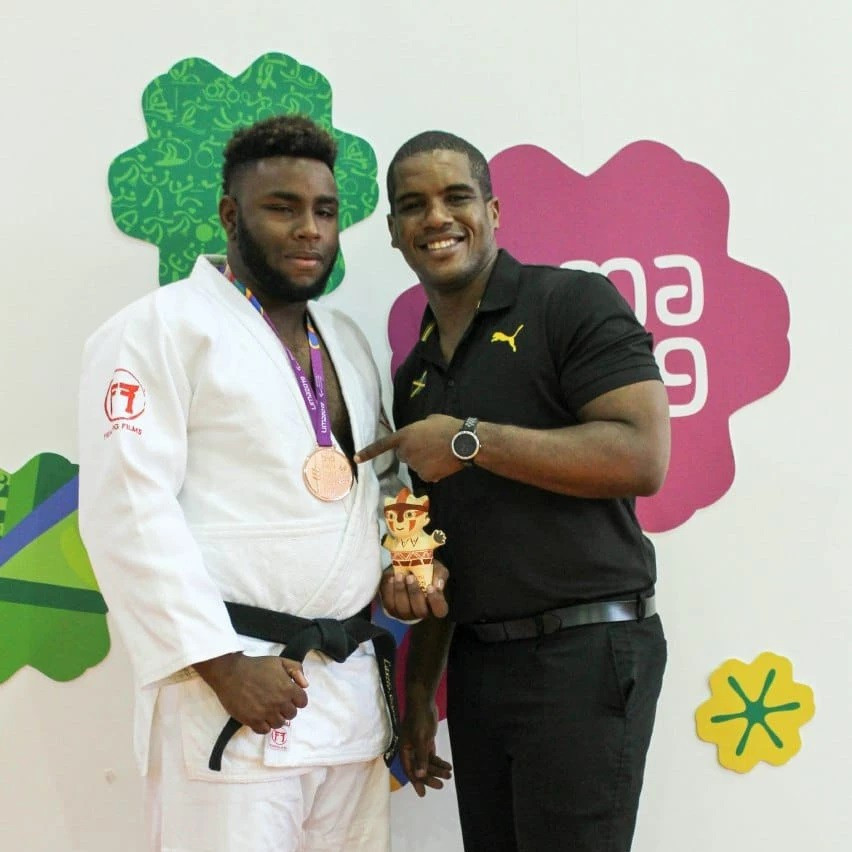 Jamaica's Theador Subba is looking to compete in both judo and javelin at the Tokyo 2020 Paralympics following a successful 2019.

Subba won a judo bronze medal at the 2019 Lima Parapan American Games in the over-100 kilograms class after only taking up the sport in early 2018.

Cuba's Yordani Fernandez Sastre and the United States' Benjamin Goodrich won gold and silver ahead of him.

In early 2019, Subba started practicing javelin too and demonstrated talent in the event, but chose not to compete in athletics at Lima 2019 and concentrate on judo.

Subba became the first Jamaican judoka with a visual impairment to compete at the Parapan American Games.

Now though, Subba wants to qualify for the Tokyo 2020 Paralympics in both sports.

"The passion to represent my country, the will to succeed and the hope that I will be an example to others drive me, inspire me, to pursue the two Js and to do well," Subba said.

Congrats to Theador Subba who is the first visually impaired Jamaican athlete to compete and medal in the sport of Judo at The 2019 Parapan American Games in Lima, Peru.

FCJ is a proud sponsor of the athletes who are currently participating at the games.#fcj #nationbuilding pic.twitter.com/X4DcxA0ovK

He is studying for an undergraduate degree in science public policy and management at the University of West Indies and has had to sacrifice a social life to focus on education and sport.

Subba claims to be taking life seriously now so that he can be happy with his career later.

"In the Paralympic Movement we remind each other that commitment and dedication to duty determine today's success and tomorrow's victory and that yesterday's lessons learned and applied give enlightened vision to the future," reflected Jamaica Paralympic Association President Christopher Samuda.

The Tokyo 2020 Paralympics are scheduled to take place from August 24 to September 5 this year, having been postponed by 12 months due to the COVID-19 pandemic.