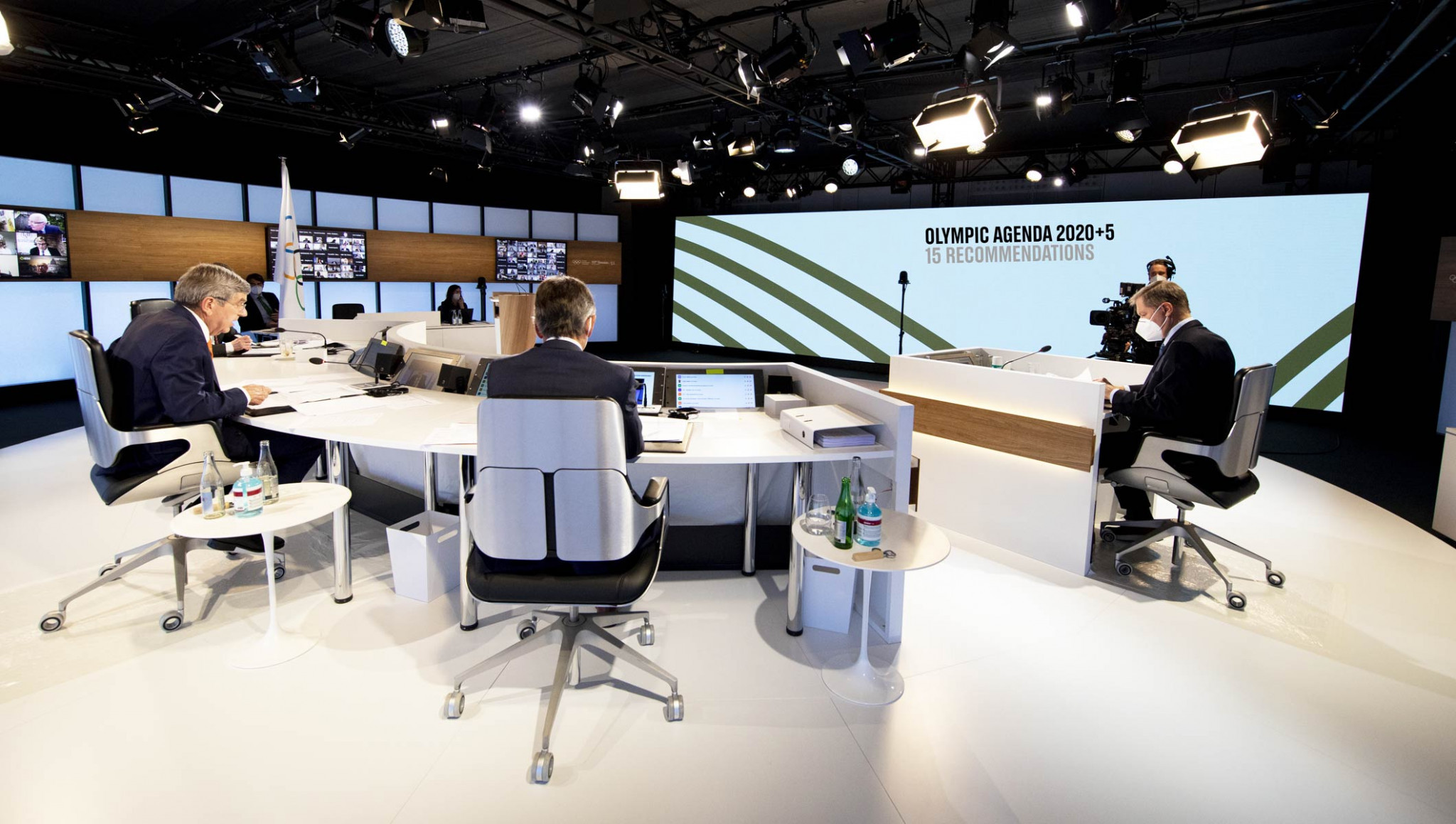 The International Olympic Committee (IOC) Session has unanimously approved the Olympic Agenda 2020+5 strategic plan that is set to shape the direction of the organisation in Thomas Bach's last four years as President.

IOC members rubber-stamped the package of 15 recommendations by a show of hands during the virtual 137th IOC Session, which concluded today.

The vote followed a near six-hour discussion on each of the recommendations made in the plan, the successor to Olympic Agenda 2020 which was devised by Bach and the ruling Executive Board.

Agenda 2020+5 features topics such as the global sports calendar, the IOC's relationship with esports, athlete representation, and gender equality and human rights.

The IOC hopes its new strategic "roadmap" will enhance the profile of the Olympics, the reputation of which even Bach has admitted has suffered in recent years owing to a series of corruption and doping scandals.

"The coronavirus crisis has changed our world in fundamental ways," Bach said.

"The world will never again be like it was before. Even once we have finally overcome the health crisis, we will face the far-reaching social, financial, economic and political consequences.

"As leaders of the Olympic Movement, we must prepare ourselves for this new world. In order to shape our future, we need a vision of how this new world will look like.

"Olympic Agenda 2020+5 as our vision for the future of the Olympic Movement addresses these overarching trends."

Enhancing and promoting what the IOC calls the "road" to the Olympic Games is among the other key recommendations, along with a plan to "encourage the development of virtual sports and further engage with video gaming communities."

The recommendation regarding the "road" to the Olympics could see significant changes to the global sports calendar, which IOC members believe has become "overloaded".

It could also lead to the creation of more multi-sport events to act as Olympic qualifiers, while qualification events may be allowed to use Olympic branding to increase their profile.

The IOC has continued to assess further collaboration with esports amid the industry's boom in recent years.

Much of the latest recommendation is similar to previous statements from the IOC, which appears set to make a partner of the gaming sector in future.

Bach reiterated the need to draw a "red line" between video games that glorify violence or are in any way "contrary to the Olympic values" and digital versions of existing sports.

It came after Russia's double Olympic pole vault champion and IOC Athletes' Commission member Yelena Isinbayeva suggested the IOC should end its refusal to engage with "killer" games that are hugely popular across the world.

Gender equality and human rights fall under the recommendation to "continue to lead by example in corporate citizenship".

Uganda's William Blick admitted there was "not enough" female representation in the top brass of the IOC during the discussion on gender equality.

The IOC has also faced criticism for its human rights stance, where it has distanced itself from issues such as the treatment of Uighur Muslims in China, described by some as a "genocide", by claiming they do not fall under its remit.

The recommendation to "strengthen the Olympic Movement through good governance" was met with a suggestion from International Equestrian Federation President Ingmar De Vos that the IOC consider sanctioning those if good governance is not followed.

De Vos, who regularly intervened during the Session, said the evaluation of governance within the Movement "needs to be a bit stronger" and " there needs to be more focus on the implementation" of governance recommendations.

You can read back through the full debate on Agenda 2020+5 on our Live Blog here.

The full document is available here