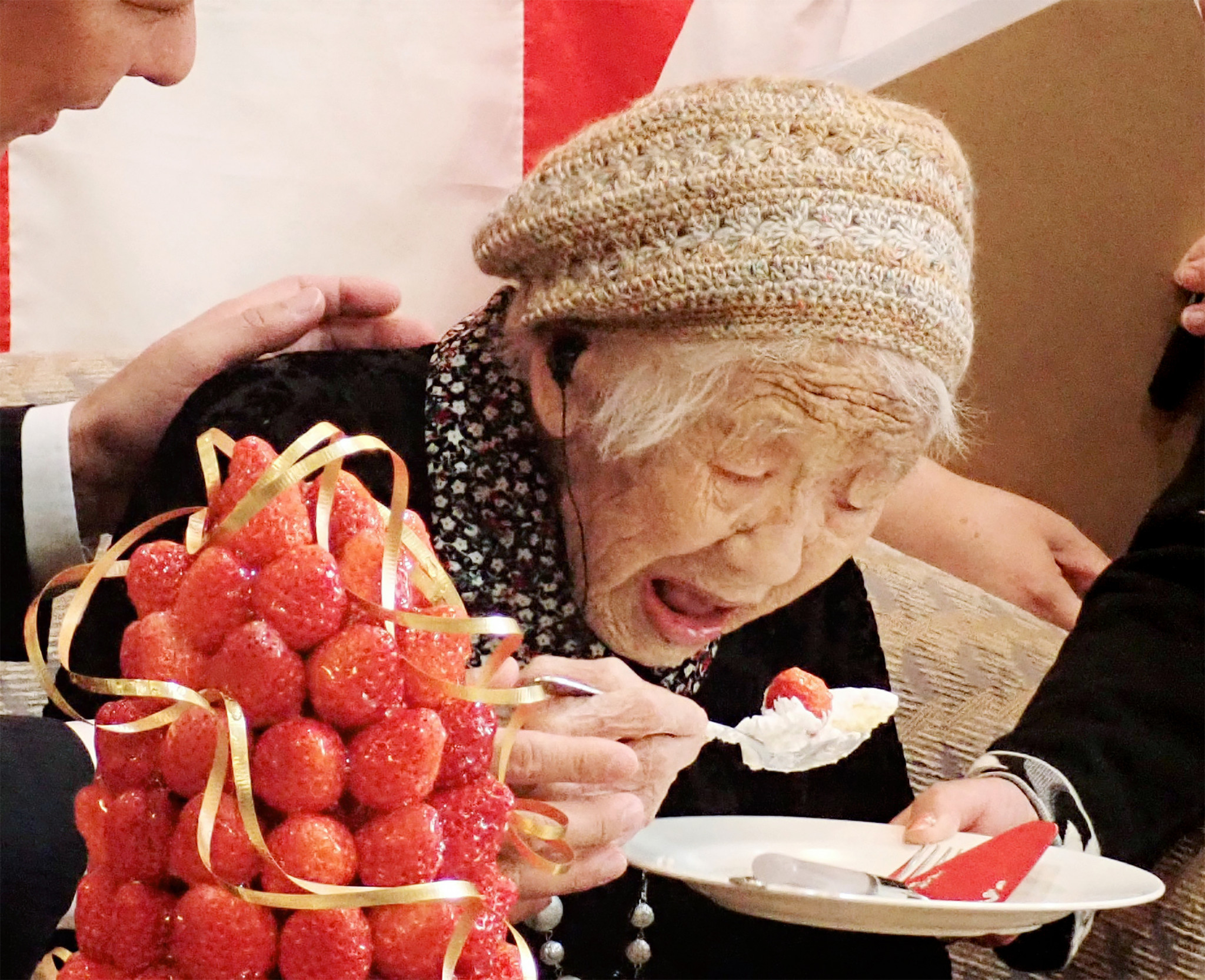 A Tokyo 2020 Torchbearer is set to become the oldest ever to carry the Olympic Flame.

Kane Tanaka from Shime Town in Fukuoka prefecture will be 118 years and 129 days old on the day she is scheduled to take the Flame.

In the detailed itinerary announced this week by Tokyo 2020, it was formally confirmed that her home town is to be part of the route.

Mrs Tanaka is now resident in a nursing home, but subject to health checks and weather conditions, she is to participate in the early evening of May 11 wearing a family birthday gift of new trainers.

"She is excited to be part of the festival", grandson Eiji told the American television network CNN.

"I don’t remember her talking much about the past. She’s very forward thinking, she really enjoys living in the present."

Eiji is expected to join other family members who will push her wheelchair during the Torch Relay.

They have been unable to visit her during the pandemic because of precautions against COVID-19 .

"It's great she reached that age and she can still keep up an active lifestyle.

"We want other people to see that and feel inspired, and not to think age is a barrier," said Eiji.

Tanaka's great-granddaughter Junko set up a social media account on Twitter last year to honour her grandmother, but in common with other Torchbearers, there will be a ban on revealing details until shortly before Mrs Tanaka’s moment with the Flame.

Junka Tanaka said: "I might be biased because I'm related to her but I think it's kind of amazing.

"I wanted to share that with the world and for people to feel inspired and to feel her joy."

Mrs Tanaka was nominated as a Torchbearer by the Nippon Life Assurance Company, a Tokyo 2020 sponsor.

She is said to keep alert by playing the strategy board game Othello.

If after health checks, she is permitted to take part, she will beat the record for the oldest Torchbearer, set by Brazil’s Aida Mendes, known as "Grandma Iaiá", who was in her 107th year when she lit the celebratory Cauldron in the northern city of Macapá during the Rio 2016 Torch Relay.

Mrs Tanaka, one of 80,000 centenarians in Japan, was born on January 2 1903 and has been certified the world’s oldest citizen by the Guinness Book of Records.

At the time of her birth, Japan had not yet taken part in the Olympic Games and did not do so until after her ninth birthday.

She lived through the Spanish flu epidemic and two World Wars and has twice survived cancer.

She continued to work in the family rice shop until the age of 103.