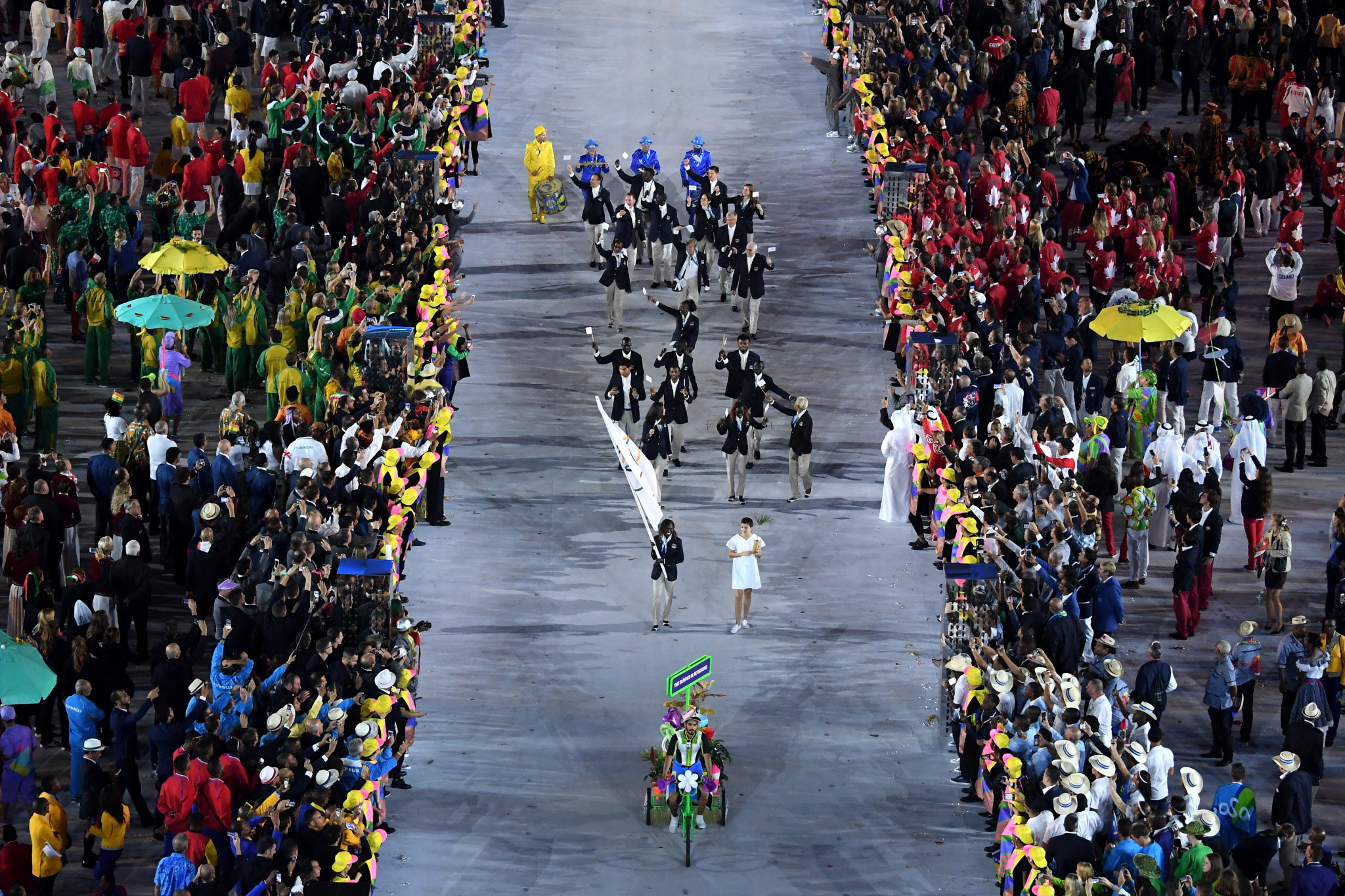 The International Olympic Committee (IOC) plans to announce the Refugee Olympic Team for Tokyo 2020 in June, with 55 athletes seeking to compete at the Games.

The Refugee Olympic Team debuted at the Rio 2016 Olympic Games, where 10 athletes were selected to compete across athletics, judo and swimming events.

A total of 37 refugee athlete scholarship holders were confirmed to be in contention for Tokyo 2020 back in 2019.

The IOC has said Olympic Solidarity is currently supporting 55 scholarship holders, who are training in the hope of competing at the rescheduled Games in the Japanese capital.

The athletes come from 13 countries and are hosted by 21 National Olympic Committees (NOCs) across all five continents.

"The final composition of the IOC Refugee Olympic Team will be announced at the Executive Board in June.

"It will be based on a number of criteria.

"This includes their sporting performance, their confirmed refugee status, as well as balanced representation across sports, regions and genders."

World Refugee Day falls on June 20, with the team likely to be announced to coincide with the date.

The IOC added that an agreement has been established with the International Testing Agency to make sure athletes will be tested prior to the selection.

Athletes and their coaches will also be able to access online training around anti-doping, safeguarding and general athlete welfare in the lead-up to the Games.

The IOC has promised to continue to help the refugee athletes who will not go to Tokyo, and to support the members of the team after the Olympic Games through various Olympic Solidarity programmes, including helping with their athlete career transition.

An update was also provided to the IOC Executive Board on the Olympic Refuge Foundation, formed after the Refugee Olympic Team's appearance at Rio 2016.

The IOC said 200,000 young people in six countries are benefiting from sports programmes designed to improve their well-being and social inclusion.

The organisation cited a recently launched Uganda-based project called "Game Connect", which is supported by a consortium of partners, including the Ugandan Olympic Committee, the Association of Volunteers in International Service (AVSI), UNHCR, Youth Sport Uganda and Right to Play.

The programme aims to strengthen the mental health and well-being of more than 10,000 young refugees in settlements and urban slums across Uganda.

Earlier this month, the IOC confirmed the Olympic Refuge Foundation had received a donation from the French Government to support refugees and migrants through sport in France, with a view to launching an initial activities programme in the Paris region during the course of 2021.

The Olympic Refuge Foundation hopes to provide one million young people affected by displacement with access to sport by 2024.