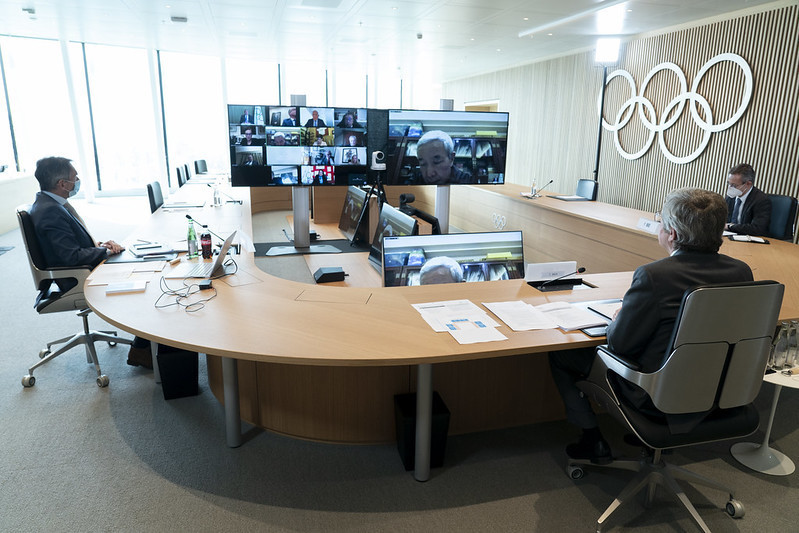 Brisbane has taken a huge step towards securing the hosting rights for the 2032 Olympic and Paralympic Games after the International Olympic Committee (IOC) confirmed the Australian region as its preferred candidate.

The IOC is set to open exclusive negotiations - or "targeted dialogue" - with Australian officials over staging the Games in 11 years' time following the Executive Board's decision to approve a recommendation from the Future Host Summer Commission during its remote meeting today.

insidethegames yesterday exclusively revealed that Brisbane would be installed as the IOC's non-binding preferred bidder.

Kristin Kloster Aasen, the chair of the Future Host Summer Commission, said work would begin with Queensland officials "immediately" and results on the discussions will be presented to the Executive Board "in due course".

Kloster Aasen suggested Queensland need only to submit documents and the required guarantees needed to host the Games before the commission is in a position to formally recommend Brisbane as the host for the 2032 Olympics and Paralympics.

While the Norwegian said it was "not a done deal", it now appears all-but certain that Australia will host the Games for the first time since Sydney staged the event in 2000.

It is thought unlikely that the vote - where the IOC membership will be asked to green light a single candidate - will come at the Session planned to take place prior to the postponed Tokyo 2020 Olympic Games.

Kloster Aasen cited the "very advanced Games concept", the masterplan being proposed by Brisbane, Australia's "high level" of experience in hosting major events and the "strong support" for the bid from Government officials as the main reasons for the recommendation.

"This is an important next step in an ongoing dialogue with the Future Host Commission," said AOC President and IOC vice-president John Coates.

"We are very clear that we must continue to work hard in outlining our vision for a successful Olympic and Paralympic Games in 2032."

Today's confirmation will come as a disappointment to countries, including Qatar, India, Indonesia, China, Germany and Hungary, who had expressed an interest in staging the Games in 2032.

The Future Host Commission chair said the German Olympic and Sports Confederation had earlier this month opted against entering what it calls the continuous dialogue phase with the group, but did not refer to any other possible bidders.

Brisbane is set to be the first city awarded a Summer Olympic Games under the IOC's new process for selecting the host of its flagship event.

The IOC in 2019 established Future Host Commissions, which identify and recommend venues for the Games and enter into dialogue with prospective countries and cities over staging the Summer and Winter Olympics.

The old bidding system created "too many losers" among rejected host cities, who often spent millions of dollars on promoting their campaign and often never bid again, IOC President Bach has claimed.

The IOC will undoubtedly face criticism about a lack of transparency since Coates, head of the AOC and a close ally of Bach, chaired a working group in 2019 that examined changing the process for selecting a host city for 2032 onwards.

Bach insisted today that Coates had no input in the recommendation that the Future Host Commission begin exclusive talks with Brisbane over staging the 2032 Games.

The IOC President also rejected criticism regarding the new system, which sees a small group of members propose host cities to the ruling Executive Board.

He said the previous system "also led to governance problems" and saw candidates publicly attacking each other as part of their campaigns.

"This was not the best procedure, neither for the future of the Games nor the reputation of the IOC," Bach said.