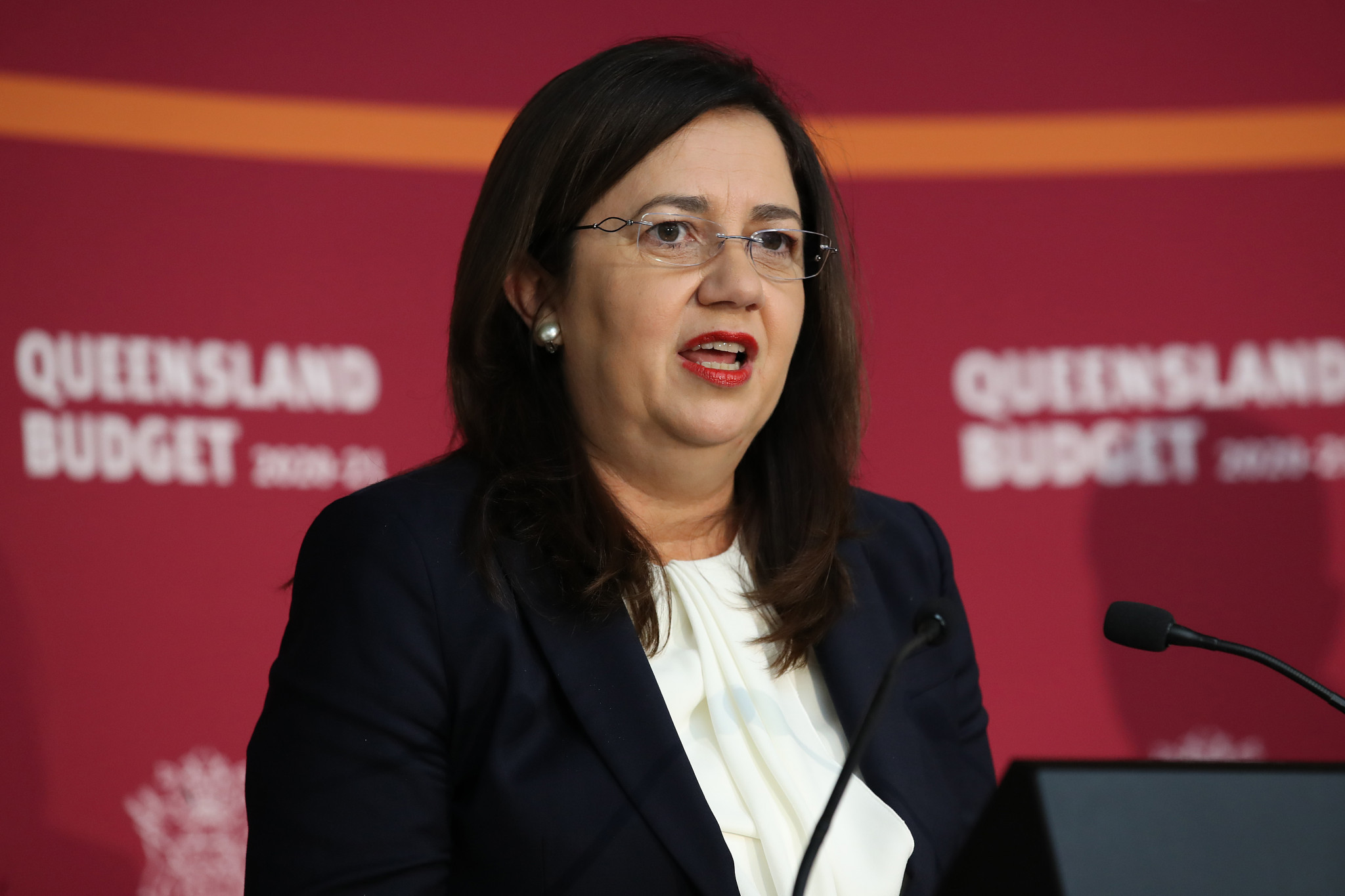 Queensland has officially resumed its bid for the 2032 Summer Olympic and Paralympic Games after it was placed on hold due to the coronavirus pandemic.

Palaszczuk announced a hiatus to Queensland's bid, which centres on Brisbane, in May as the COVID-19 crisis swept across the globe.

The Australian candidacy had been seen as the front-runner for the 2032 Games and its Olympic taskforce and working groups will now be back in operation in the New Year.

"It is time for everyone to reaffirm their commitment to these Games," said Coates, an International Olympic Committee (IOC) vice-president.

"Our bid in comparison to the rest of the world is a very strong bid.

"Most important is the support of the three levels of Government, good community support, and the fact the timing is the right opportunity to come out of COVID and to create jobs and to create growth.

"It's a good purpose that the IOC will be impressed with."

The announcement coincides with today's virtual meeting of the IOC Executive Board.

Palaszczuk said she hopes to discuss the bid, including financing, with Australian Prime Minister Scott Morrison at a national cabinet meeting on Friday (December 11).

"We've had a really positive discussion about the possibility of a future Olympics here in Queensland," she said of today's meeting with Coates.

"Today was very significant to look at the next stages that we have to go through."

Coates, the chairman of the Tokyo 2020 Coordination Commission, met with Morrison and IOC President Thomas Bach in the Japanese capital last month as work to rearrange this year's Games in 2021 continued.

The AOC President said that Morrison had reiterated the "full support" of the Australian Government.

A feasibility study on the bid was released by the Council of Mayors, a group representing South East Queensland (SEQ), in early 2019.

"The positive support to-date from industry and the community for a Games proposal is predicated on seeing significant investment in transport infrastructure flow in the lead up to a SEQ 2032 Games.

"We're fortunate that Mr Coates and the Australian Olympic Committee understand that an SEQ 2032 Games proposal has to be supported by long-term transport investment in this region.

"The SEQ Mayors are mindful not to get carried away with the hype of an Olympic Games and to ensure a Games delivers tangible and lasting transport legacies for South East Queensland.

"I don't think anyone wants to see an Olympic Games delivered just for the sake of it - particularly not the Mayors of South East Queensland."

Despite the bid being placed on hold, AOC chief executive Matt Carroll claimed in May that Queensland was still "ahead of its rivals" in the 2032 race.

However, a strong potential challenger emerged last week when the Chinese cities of Chengdu and Chongqing announced plans for a possible bid.

Indonesia, India, Qatar, Germany and Turkey are among other countries that could challenge.

The Queensland bid would use much of the infrastructure in operation at the Gold Coast 2018 Commonwealth Games.

There has been some local opposition, particularly due to the coronavirus pandemic, although bid leaders claim the Games would help to rebuild the region's economy.

Australia has largely managed to get the virus under control, and reported just seven new cases today.