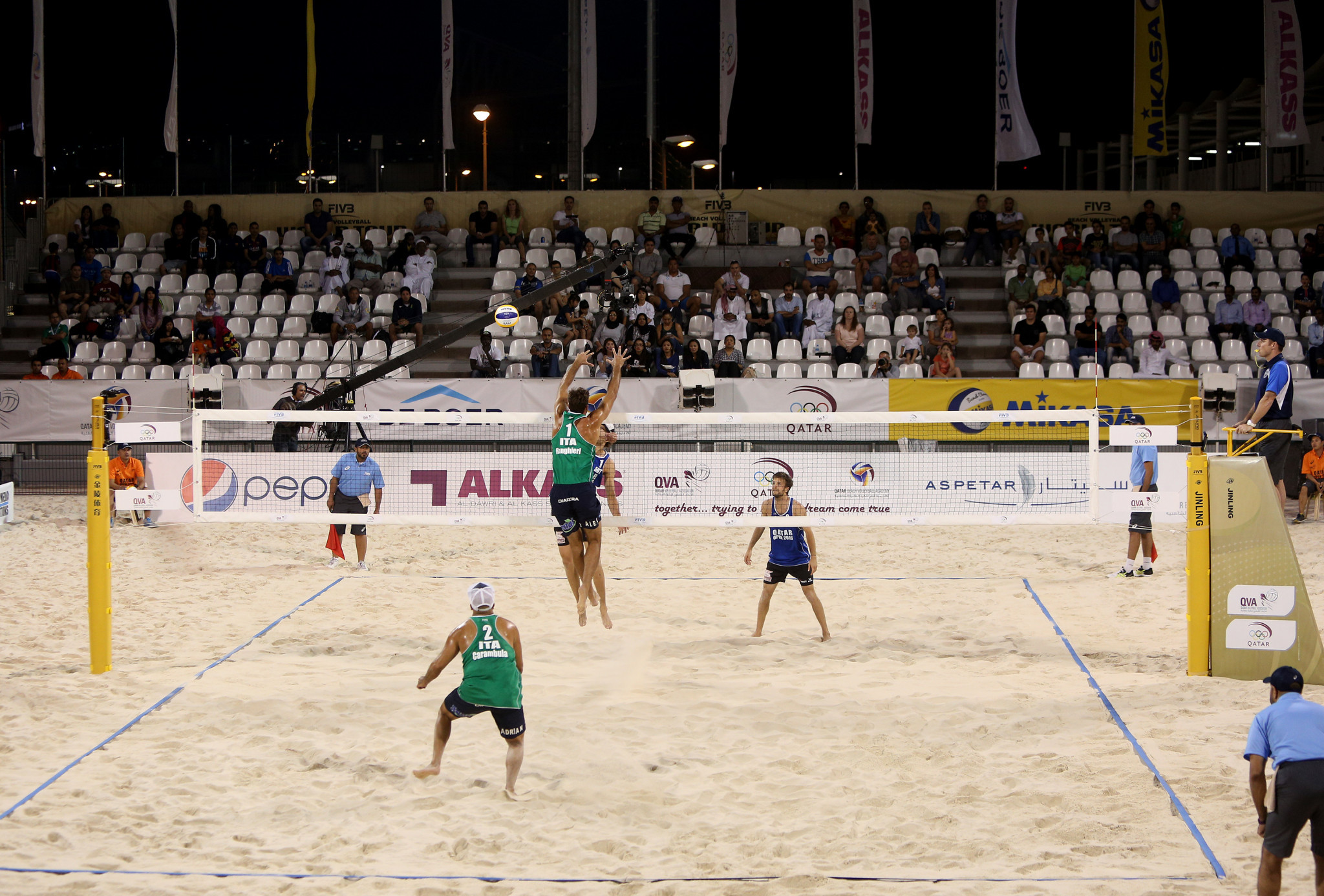 The first International Volleyball Federation (FIVB) Beach World Tour event of 2021 is set to get underway in Doha in Qatar tomorrow.

A total of 24 teams from 14 countries will compete in the Doha Beach Volleyball Cup, a one-star FIVB World Tour event.

The top three finishers in each of the four groups will advance to the elimination bracket on Thursday (February 25).

Competition will then conclude on Friday (February 26) with semi-finals and medal matches.

Eleven of the teams in the Doha Beach Volleyball Cup are ranked on the FIVB World Tour list.

They are led by Qatar’s Cherif Younousse Samba and Ahmed Tijan, who have three World Tour medals and are ranked 13th internationally.

Following the conclusion of the Doha Beach Volleyball Cup, a men and women's four-star FIVB World Tour event is scheduled in the Qatari capital from March 8 to 12.

The last World Tour event was played in September in Lithuania.

Aside from another one-star event in Austria in August, there had been no other World Tour contests since March as a result of the COVID-19 pandemic.