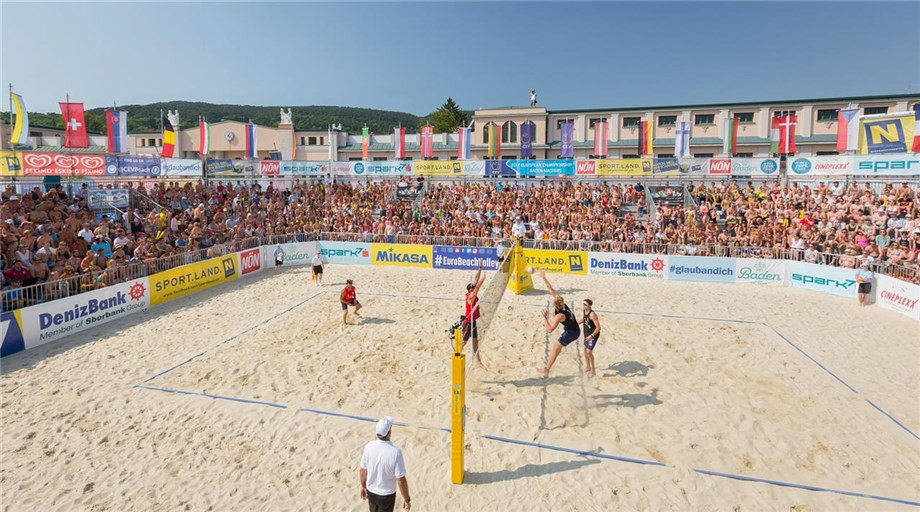 Baden in Austria will host a competition at the Strandbad venue between August 20 and 23, with Lithuania's capital Vilnius then staging a tournament from September 10 to 13.

Both competitions will be for men and women and will be one-star rated.

Strandbad has hosted a number of high-level beach volleyball events over the past decade, while the Lithuanian event will replace a World Tour competition which the country had planned in Klaipeda.

The previously announced competition, planned for between August 27 and 30, would have been a two-star event for women only and the Lithuanian Volleyball Federation has opted to provide an opportunity for men as well.

It will mark the return of international competition to Vilnius after the reopening of a fully refurbished Beach Volleyball Centre last month.

Another change to the calendar sees the two-star women's event in Larnaca in Cyprus moved to between September 25 and 27.

This is to avoid a clash with the European Championships, which are scheduled for between September 16 and 20 in Jurmala in Latvia.

In June, the FIVB confirmed that there are no plans to stage any top-tier Beach World Tour events any earlier than the second half of October.