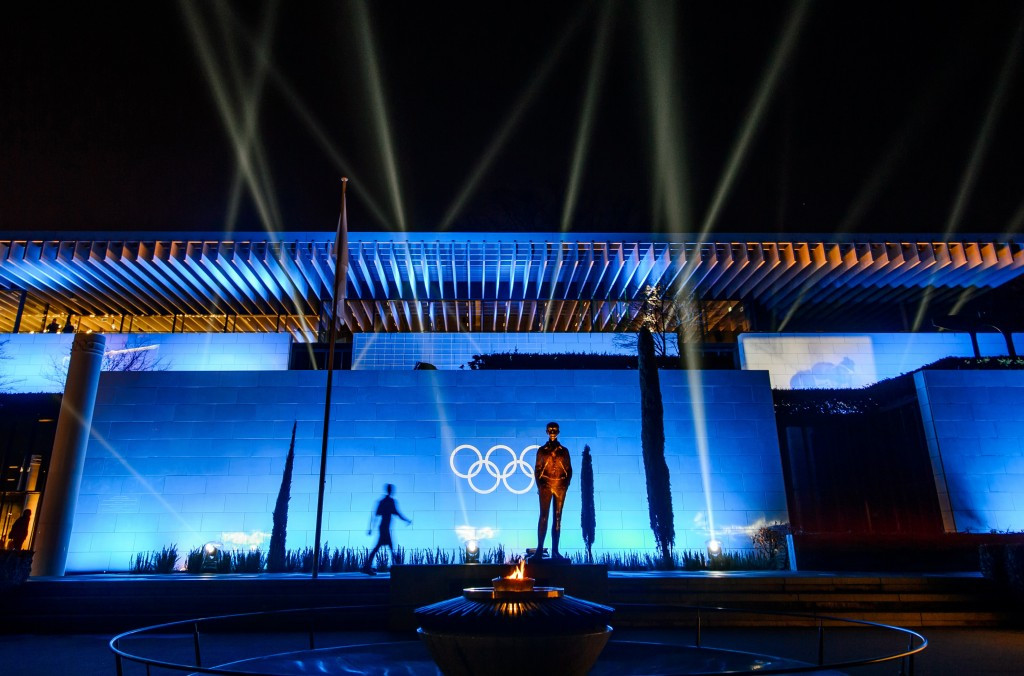 The Olympic Museum in Lausanne in Switzerland is to be illuminated with the colour blue to celebrate United Nations (UN) Day, marking the 75th anniversary of the organisation.

"At the IOC we share the same values that define the UN," Bach said.

"Both our organisations are built on the values of peace and solidarity.

"This milestone takes place during unprecedented times when the entire world is fighting the COVID-19 pandemic.

"The global coronavirus crisis is only the latest challenge that highlights why the UN and its mission to work towards a better and more peaceful world for all humankind, is more relevant than ever.

"This is why I want to say thank you on behalf of the entire Olympic community.

"Thank you for everything you are doing to make the world a better place.

"In our uncertain times, this UN Day sends an important message of hope to the world: we are always stronger together."

The Olympic Museum, which was inaugurated in 1993, will be turned blue when the sun sets in Switzerland.

“We share the same values. Both organisations are built on peace and solidarity.” On behalf of the Olympic Movement, the IOC President thanks the @UN on its 75th anniversary for working to make the world a better place. #UNDay #UN75 #StrongerTogether @antonioguterres pic.twitter.com/4fJMcWwPif

The IOC gained UN Observer status in 2009 and the two oraganisations have worked together for many years.

The IOC has signed Memoranda of Understanding with both UN Women and the World Health Organization (WHO).

Since the start of the coronavirus pandemic, the IOC has regularly deferred to WHO advice.

In January, the UN launched a global consultation to mark its 75th anniversary, with more than a million people responding to the survey.

They were asked to outline their hopes and fears for the future.

The findings were adopted into a political declaration on September 21, which relates to what the world expects of the UN.

The findings will also be discussed during a panel discussion on "the future we want, the UN we need", which is set to be held on October 27.

Bach is due to address UN officials and member states during the event.

UN Day marks the anniversary of the UN Charter coming into force 1945, and has been celebrated annually since 1948.