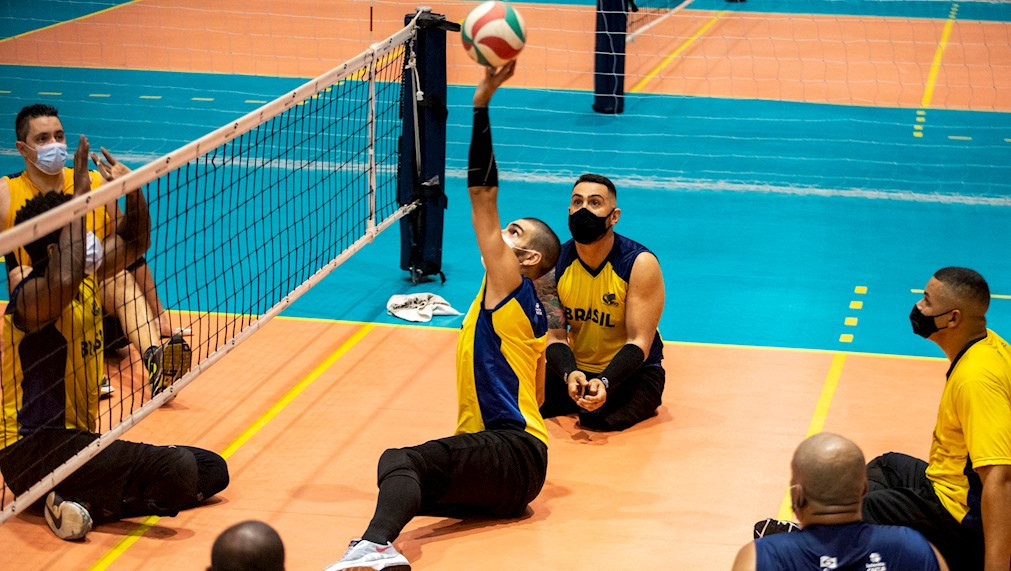 Brazil's sitting volleyball teams have returned to the Paralympic Training Centre in São Paulo for the first time since the COVID-19 pandemic began.

A training camp for the men's team concluded at the Centre last week.

COVID-19 protocols were in place throughout the camp and all athletes were tested for coronavirus before attending.

The women's team are now scheduled to attend a camp at the Centre from February 21 to 28.

It is the first time both teams have been able to train at the Centre since March 17, after which the facility closed as a result of the global health crisis.

Teams were able to train at a camp at the Colégio Master in Aracaju in January, however.

"They surprised me when we resumed face-to-face training," said Célio Mediato, coach of the men's team.

"I thought they would be in worse conditions because of the time we spent away, but training at home made it a lot easier.

"It is not the same thing as training on the court, but all the work in their homes, as a physical part, fundamentals with ball on the wall and displacement, helped a lot."

Both the men and women's team qualified for the Tokyo 2020 Paralympic Games at the Lima 2019 Parapan American Games.

The women's team were more successful at the last Paralympic Games, however, finishing with bronze in front of a home crowd at Rio 2016.

Brazil's men's team just missed out on a medal after losing to Egypt in the third place playoff.