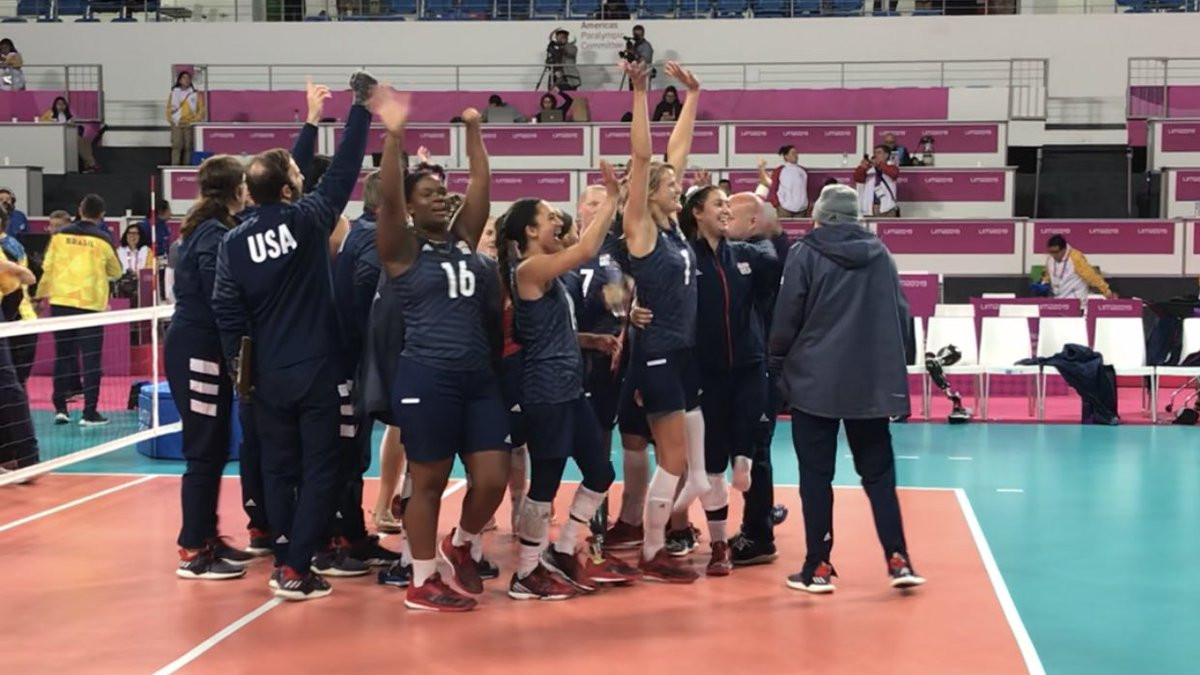 Brazil, as gold medallists, have qualified for the men's tournament at the Tokyo 2020 Paralympic Games.

The country has also qualified for the women's event by reaching the final, with the US having already secured a berth at last year's World ParaVolley Championships in The Hague, The Netherlands.

There were also gold medals in athletics and swimming.

Among the winners on the last day of athletics action was Cuban sprint star Omara Durand, who triumphed in the women's 400 metres T12 event in a Parapan American record time of 52.51sec.

She now has 11 Parapan American titles to her name over four editions of the Games.

This is getting more exciting as there are only four days left to go up in the Parapan American Games medal table! ??? Learn all results of day 7 here?? https://t.co/q2GpnPN04u pic.twitter.com/XFv2LYuA6D

Brazil won eight athletics titles on the final day of action to finish top of the sport's medal table with 33 golds and 82 overall.

The South American nation's athletes dominated the men’s 100m sprints on the final night, going one-two in the T11 and T47 finals, as well as taking the T12 crown.

Lucas Prado and Felipe De Souza were gold and silver medallists in the T11, respectively, after both clocked a time of 11.25, while Petrucio Ferreira won the T47 in a Parapan American record time of 10.59 ahead of Yohansson Do Nascimento in 11.03.

The T12 title went the way of Fabricio Junior Barros in a Parapan American record time of 10.97.

Brazil added shot put crowns in the men's F11 and F55, through Alessandro Da Silva with 13.17m and Wallace De Oliveira with 11.08m, and were first and second in the men's 200m T37, with Vítor Antônio De Jesus leading Mateus Evangelista over the line in 23.53.

A further two gold medals were won by Brazil in women's events, triumphing in 400m T11 through Jhulia Karol Dos Santos Dias' time of 58.93, and in the javelin F56 thanks to Raissa Rocha Machado's throw of 22.64m.

Dias first medalled at the regional event when competing at home in Rio de Janeiro in 2007.