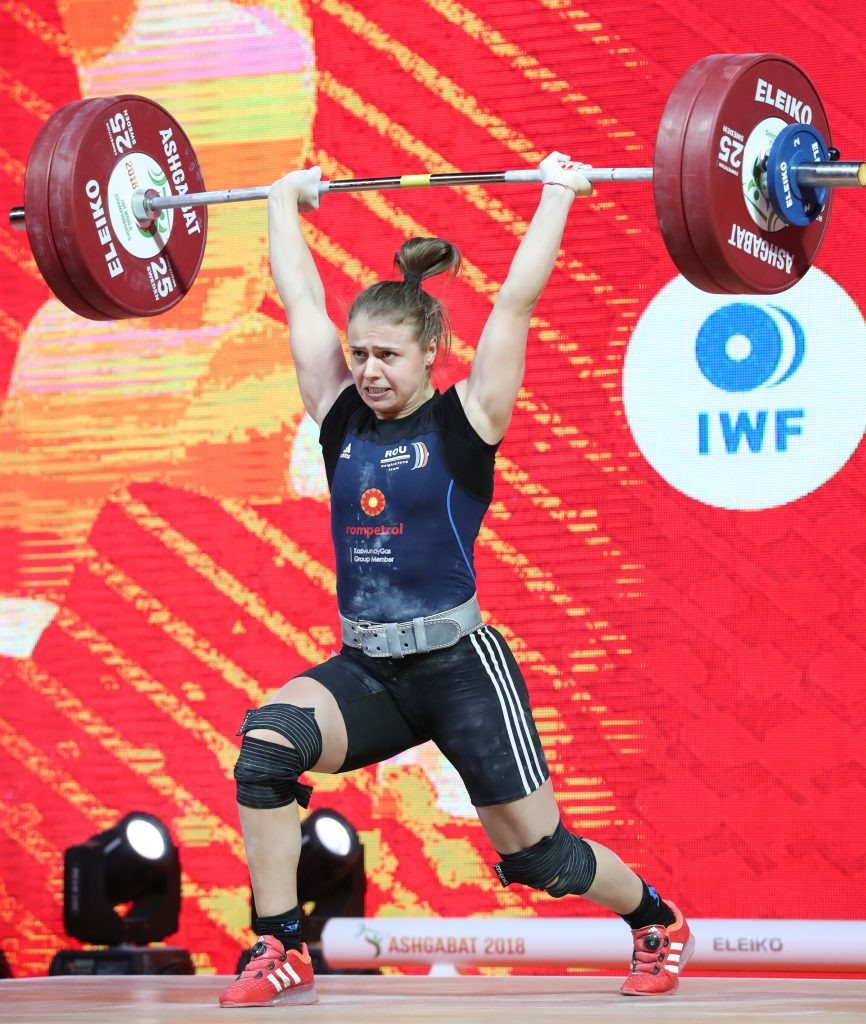 The prospect of Romania being banned outright from weightlifting at Tokyo 2020 has moved a step nearer after two anti-doping rule violations at the London 2012 Olympic Games were formally closed by the International Testing Agency (ITA).

The news means that Romania’s fate is now in the hands of an independent panel which has already banned three nations outright from this year's re-arranged Olympic Games - Thailand, Egypt and Malaysia.

Colombia and Vietnam, both of which have had three doping positives within the Olympic qualifying period, are also liable to suspension, though Colombia is appealing in the case of three athletes who say they ingested boldenone through tainted meat.

Russia and Iraq could also find themselves in trouble for multiple violations.

Romania was already limited to sending only one male and one female athlete to Tokyo 2020 because of its doping record since the 2008 Olympic Games in Beijing.

Its top male lifter in the rankings, Nicolae Onica, was provisionally suspended last September after testing positive for anabolic steroids.

After that suspension, no Romanian male was likely to make it through qualifying to Tokyo 2020.

But if the ban is confirmed as expected, Romania will lose a genuine medal chance in the women’s events.

Loredana Toma, the European champion, stands fourth in the 64 kilogram rankings and her 249kg total early last year in Rome is the third highest by any athlete in that class.

In her absence Maude Charron of Canada and Mattie Sasser of the United States could come into the reckoning.

Another absentee, if the suspension is confirmed, might be the Romanian Weightlifting Federation (RWF) President, Nicu Vlad, who is joint technical delegate for the Olympic Games with Sam Coffa, of Australia.

The International Olympic Committee (IOC) is unlikely to welcome an official from a suspended nation, besides which the International Weightlifting Federation’s (IWF) new constitution, due to be adopted by Congress in April, is likely to exclude officials from suspended countries from all activities, in line with other sports.

Toma tested positive for stanozolol in her youth and served a two-year ban from 2014, when she was 19.

Romania’s entire team of four at London 2012 came up positive for stanozolol in the retesting of stored samples conducted by the IOC.

Florin Croitoru, ninth in the men’s 56kg, was first to be disqualified by the IOC, in May 2019.

Ten weeks ago three more were disqualified, two of them medallists, by the IOC - Roxana Cocos, who forfeited her silver medal in the women’s 69kg, Razvan Martin, who lost a bronze in the men’s 69kg, and Gabriel Sincraian, who failed to post a total in the men’s 85kg.

Sincraian was also disqualified at Rio 2016 and forfeited a bronze medal.

Many within the sport believe that the IWF could have suspended Romania already under its “Tbilisi Decision”, taken in 2016, which ruled that any nation with three or more positives in the IOC retests should be banned for a year.

Nine nations served such a suspension in 2017, before any of Romania’s team came up positive.

When the IOC closed the remaining three of Romania's London 2012 cases in late November, the IWF made no statement about whether the Tbilisi Decision would apply.

Christian Baumgartner, the former President of the German Weightlifting Federation, is still nominally the chair of the IWF’s Tbilisi Commission, on which the IWF Interim President Mike Irani also sits, or sat.

Baumgartner told insidethegames in December that "the Commission was never cancelled nor dismissed" and that the IWF had questions to answer.

Irani did not reply to questions about the Commission’s standing, or why the rules had not been applied in the case of Romania, and declined to give any clarification despite Romania’s violations being a keenly discussed topic throughout the weightlifting world.

Even in the latest statement by the IWF there was no mention of it, or of the fact that Romania had "three or more" positives in IOC retests.

Instead it referred to Romania having had four athletes guilty of doping within a 12-month period, another offence that is punishable by suspension.

The two cases closed by the ITA, which is now responsible for all the IWF’s anti-doping procedures, are Martin and Sincraian.

Both the IOC and the IWF - through the ITA - conduct procedures for athletes who test positive at the Olympic Games, and the IWF formally lists its sanctions.

Both Martin and Sincraian tested positive for stanozolol in 2013 and served two-year suspensions.

Sincraian is already suspended until 2024 because of his Rio 2016 offence, and will serve another two years after that, by which time he will be 37.

Martin’s suspension listed on the IWF website runs from 2025 to 2027, which suggests he may have committed another doping violation in the meanwhile, though none is listed.

He will be 35 when his suspension ends.

Irani said, "It is deeply regrettable to see further anti-doping rule violations within weightlifting, but catching cheats is also clear proof that our efforts to protect clean athletes are having an impact.

"I would like to thank our partners at the ITA for the excellent work they continue to do on behalf of the IWF and clean weightlifters everywhere."

The Independent Member Federations Sanctioning Panel will now be asked to proceed with the case of the RWF, said the IWF statement.

The total number of weightlifting positives in the IOC retests from Beijing 2008 and London 2012 is 61.