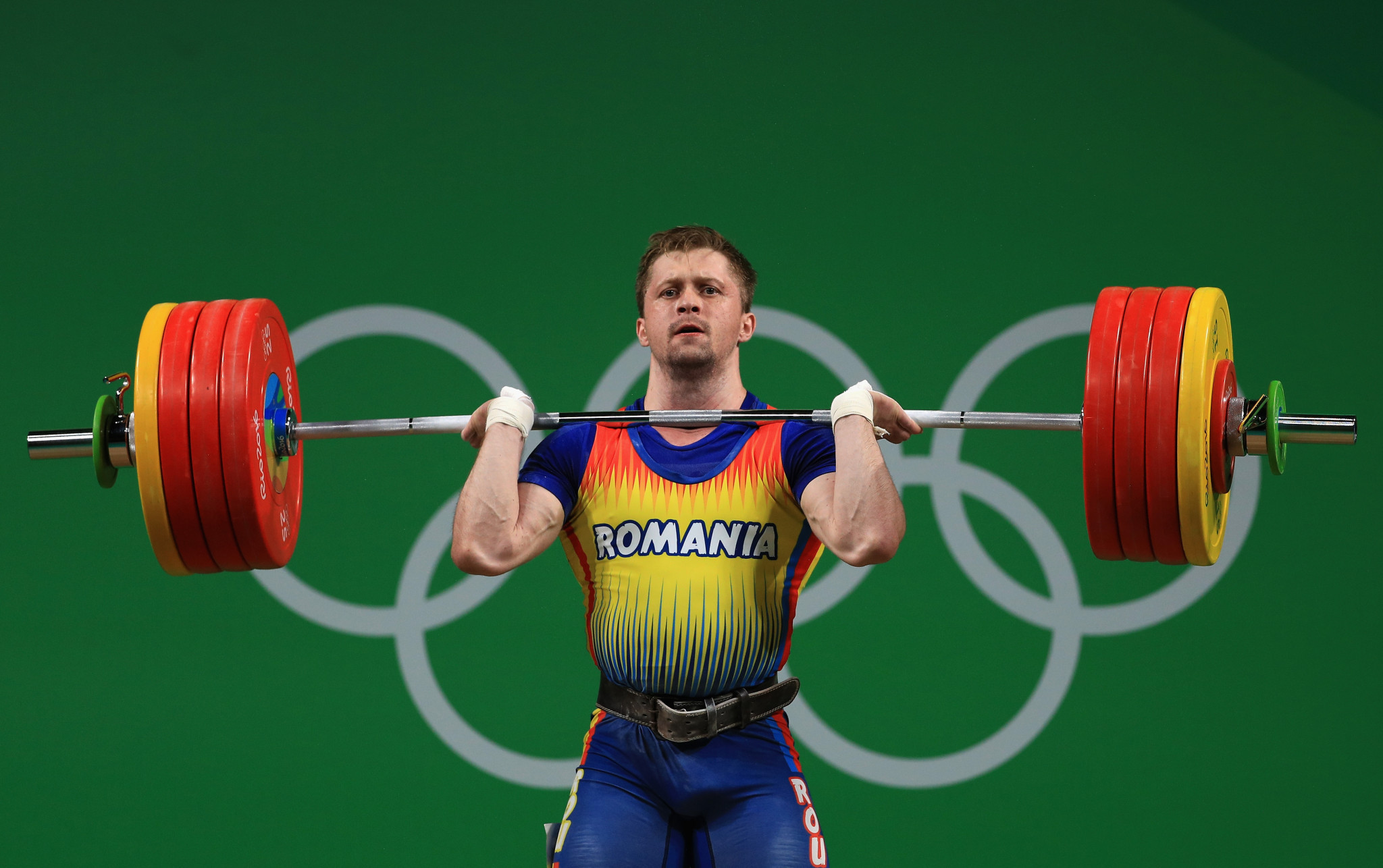 Romania’s chances of competing at this year's Olympic Games in Tokyo took another hit again when it was announced that another of its London 2012 lifters had tested positive.

All four of Romania’s lifters at London 2012, three men and one woman, have now come up positive for anabolic steroids in the International Olympic Committee’s (IOC) retesting of samples.

Those retests of stored samples from Beijing 2008 and London 2012 have now produced 60 positives, by far the highest of all Olympic sports.

Gabriel Sîncrăian, already serving an eight-year suspension after being disqualified from Rio 2016 for doping, bombed out in the men’s 85 kilograms at London 2012 after failing with all three snatch attempts.

Sîncrăian, 31, was suspended for two years in 2013 after testing positive for stanozolol out of competition, and for eight years in 2016 when he came up positive for testosterone at Rio 2016, where he finished third in the 85kg.

Under the "Tbilisi Decision" taken by the International Weightlifting Federation (IWF) in 2017, any nation with three or more positives in the IOC retests of samples from 2008 and 2012 is liable to a one-year ban.

All four of Romania’s violations were announced after nine other nations had already served a one-year suspension in 2017-2018 for having three or more IOC positives.

In March last year the IOC revealed that Florin Croitoru, eighth in the men’s 56kg, had tested positive, and 10 days ago they added the names of two medallists - Razvan Martin, third in the men’s 69kg, and Roxana Cocos, second in the women’s 69kg.

Those three and Sîncrăian all showed traces of stanozolol when their stored urine samples were retested.

The "Tbilisi decision" suspension can be imposed on Romania before Tokyo 2020 only if all three outstanding IOC violations are closed in time, a process which will be in the hands of the IOC and, should Romania appeal, the Court of Arbitration for Sport.

The time taken to close and confirm doping violations could also be significant for Romania, should it avoid a "Tbilisi" ban.

Outstanding cases, once closed, would take Romania to a tally of more than 20 violations since Beijing 2008, which would restrict it to two places in Tokyo, compared to the maximum of eight.

Although few Romanians are well placed in qualifying for Tokyo 2020, the European women’s 64kg champion Loredana-Elena Toma would be a medal contender should she qualify.

Romania is host nation for the 2020 IWF Junior World Championships in March, having replaced Egypt, which lost the hosting rights after being suspended for two years for multiple doping offences.

Other nations with one positive each in the retests are Albania, Uzbekistan and Georgia.