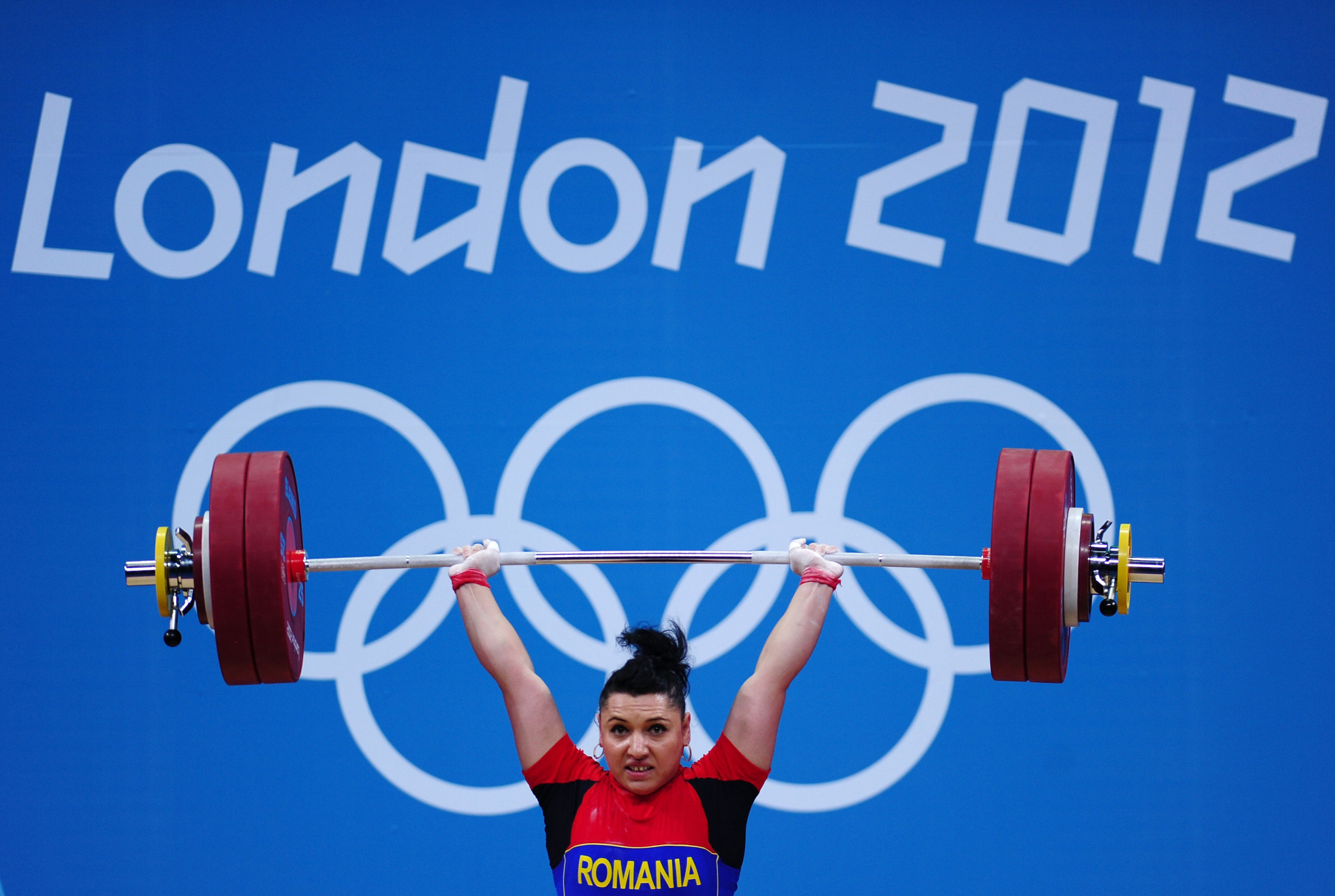 Roxana Cocos and Răzvan Martin are set to be stripped of their London 2012 Olympic medals after three Romanian weightlifters were disqualified following positive retests from the Games.

Cocos won silver in the women's under-69 kilogram event at the Games, while Martin was a bronze medallist in the men's under-69kg division.

Gabriel Sincraian, who failed to finish in the men's under-85kg event, has also been disqualified.

Reanalysis of Cocos, Martin and Sincraian's samples from the Games each detected the presence of banned steroids metenolone and stanozolol.

Her sanction is set to lead to further changes in the medal standings for the event.

Cocos' disqualification should see Anna Nurmukhambetova of Kazakhstan and Ubaldian Valoyes of Colombia promoted to the silver and bronze medals positions.

Martin was third in the men's 69kg, behind gold medallist Lin Qingfeng of China and Triyatno of Indonesia.

His disqualification could see North Korea's Kim Myong-hyok secure a bronze medal in the event, having initially placed fourth.

Romania now face being suspended for a year under the "Tbilisi decision".

The International Weightlifting Federation ruling sees one-year bans imposed on nations which have three or more positives in the International Olympic Committee's (IOC) retesting of stored samples from Beijing 2008 and London 2012.

Nine nations have been sanctioned under this ruling to date.

Only two of weightlifting's 15 weight divisions at London 2012 have not seen an athlete disqualified for a doping offence - the women's under-48kg event and the men's 77kg competition.

Since Athens 2004, the IOC has been storing samples from the Olympic Games and reanalysing them using the latest technology to catch drug cheats.

The International Testing Agency carried out the reanalysis programme for London 2012, which concluded in June after the statute of limitations expired.