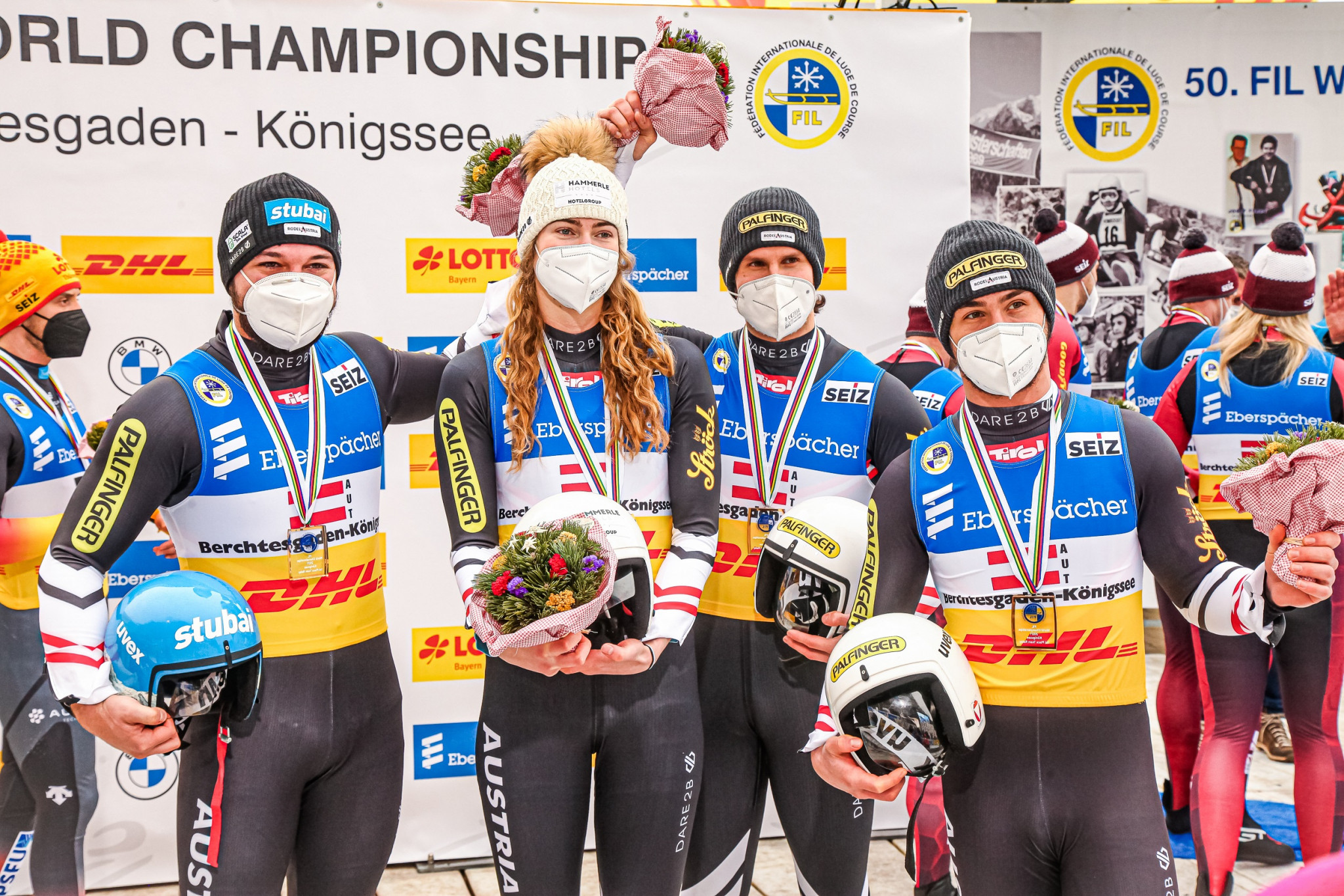 Germany’s Julia Taubitz claimed her second gold of the Luge World Championships before being denied a third when Austria clinched a surprise victory over the hosts in the team relay event in Königssee.

Taubitz backed up her sprint success on Friday (January 29) by winning the women’s singles contest for the first time.

The 24-year-old has finished runner-up in the singles on two previous occasions but was not to be denied this time around.

She clocked a winning time of 1min 41.132sec as she led home a quartet of Germans.

Four-time Olympic champion Natalie Geisenberger came second in 1:41.447 while Dajan Eitberger finished third in 1:41.604 to claim her second bronze of the championships.

Anna Berreiter, who earned silver in the women’s sprint, finished outside the medal places in fourth in 1:41.604.

Taubitz’s success was Germany’s fourth gold of the tournament but Austria ensured they did not bag a fifth in the team relay.

Madeleine Egle, David Gleirscher, Thomas Steu and Lorenz Koller registered an overall time of 2:43.139 for Austria to enable them to defeat Germany and Latvia.

Germany's team of Taubitz, Felix Loch, Toni Eggert and Sascha Benecken had to settle for second in 2:43.177.

"The gold medal at the end was once again the crowning glory," said Austrian head coach René Friedl.

"All in all it was a very successful weekend, from that point of view we are absolutely satisfied and super happy."

Gleirscher, who had already won two bronze medals, added: "It was a great weekend for me to win three bronze medals.

"No one would have thought that I could leave Königssee with three medals."

The World Championships had been due to take place in Calgary and Vancouver in Canada, but the event was moved to Germany because of the COVID-19 pandemic.