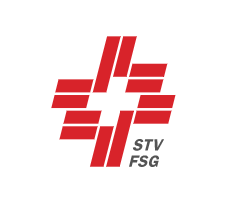 Findings were presented by Zurich law firm Pachmann Rechtsanwälte yesterday, with a full report due out on Monday (February 1).

Thilo Pachmann, a member of the investigation team, said the report did not confirm all allegations made but delivered a highly critical assessment of the treatment of gymnasts.

According to the Swiss newspaper Le Matin, the report found that more than 90 per cent of gymnasts were regularly yelled at over the past eight years.

More than 60 per cent said they were regularly insulted, with more than half receiving discriminatory comments about their appearance.

Over 30 per cent said they were regularly ridiculed in public, with more than a quarter alleged to have regularly suffered physical violence.

"The first priority of the Swiss Gymnastics Federation must be to treat gymnasts decently and correctly while protecting coaches and officials against prejudice," said Pachmann.

"In addition, we encourage the federation to renew itself by putting in place new people; this also includes the review of current governance structures.

"Finally, it is above all necessary to drastically resize the objectives in rhythmic gymnastics; in the given situation and in view of the current infrastructure, qualifying for the Olympic Games is unrealistic."

The report recommended establishing a medical commission and national reporting centre, as well as improving training and education of coaches.

According to Le Matin, the STV was criticised for having hired coach Maria Balado, with the organisation reportedly aware of certain allegations against her.

The investigation reportedly contacted 291 former and current gymnasts, as well as their parents.

Since the allegations were made last year, the STV fired coaches Iliana Dineva and Aneliya Stancheva.

Dineva was reportedly cleared in the report.

Head of elite sport Felix Stingelin and the general manager Ruedi Hediger have both since left the organisation.

"We cannot remake the past, but we can shape the future," Wertli said.

The STV said it will seek to implement recommendations made and will aim to appoint a new head of elite sport, with the appropriate personality to revise its elite sport concept.

Swiss Olympic issued a statement following the publication of the report, saying it believes the new leadership is putting the organisation on the right track and pledged to support the implementation of reforms.

"The investigation into the incidents in rhythmic gymnastics, carried out by the Pachmann law firm, was comprehensive, detailed and above all - as requested by us - independent.

"We are convinced that the report creates the basis for an effective and sustainable processing of the incidents, an improvement of the training situation in rhythmic gymnastics and a general improvement of the association structures.

"We expect the Swiss Gymnastics Federation to take its responsibility seriously and implement the recommendations from the report in a suitable form, extensively and sustainably.

"Swiss Olympic has great confidence in the new leadership of the STV around the central president Fabio Corti and the director Béatrice Wertli.

"We will continue to closely monitor the STV in the coming weeks and months and review the status of implementation in a regular exchange."

Swiss Olympic added that it had launched the "INTEGRITY" contact and initial advice centre earlier this month, where violations of the ethics charter in Swiss sport can be reported.

The National Olympic Committee said it is also working intensively on the introduction of a national reporting office for sport, which is scheduled to start operating on January 1 in 2022.

The report into the STV only covered rhythmic gymnastics, with an external investigation ongoing amid allegations in artistic gymnastics.

The release of the documentary Athlete A, which detailed the sexual abuse by disgraced former USA Gymnastics team doctor Larry Nassar, prompted more gymnasts in other countries to speak out against the abuse they had suffered.

Athletes from Britain, The Netherlands and Australia have all come forward, with independent investigations ongoing in several nations.