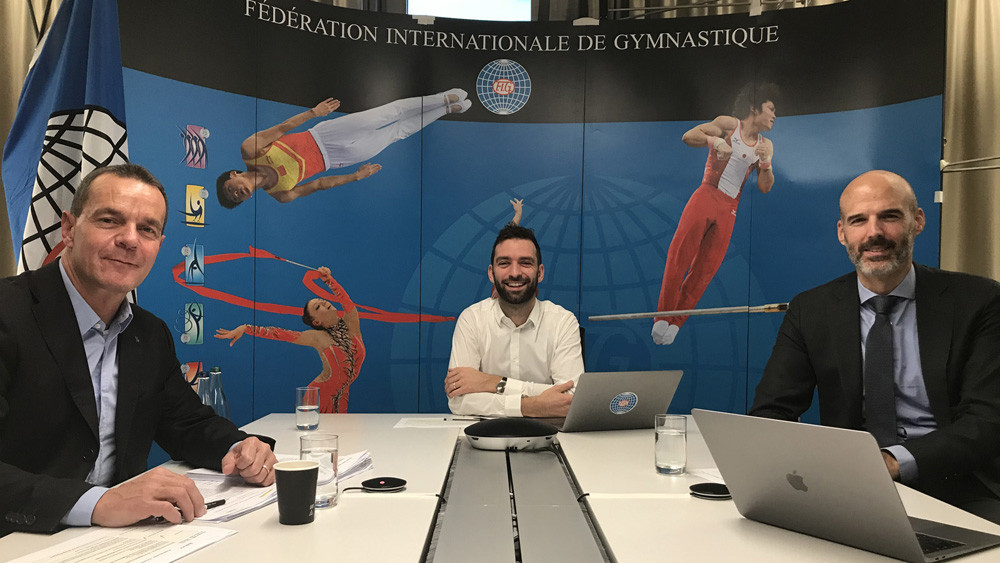 The International Gymnastics Federation (FIG) has held a virtual conference aimed at changing the culture of the sport and improving safeguarding following a spate of abuse sandals.

The forum was held in sessions on today and yesterday, with the FIG giving the floor to athletes, coaches, sports administrators and several national governing bodies, who all shared their ideas of good practice.

More than 800 people from roughly 80 federations took part, according to the FIG, and President Morinari Watanabe praised their involvement.

"As FIG President, I was surprised and delighted to see that so many countries have started to challenge the old, authoritative coaching methods of the past and can put forward ideas and proposals to change this culture," Watanabe said.

Following the release of Netflix documentary Athlete A earlier this year, which examined the Larry Nassar scandal and safeguarding shortcomings in American gymnastics, gymnasts in Australia, The Netherlands, Britain, New Zealand, Switzerland and more countries came forward to share their own traumatic experiences.

"A respectful culture and safe training conditions for athletes should be implicit - but we all know that unfortunately this is not the case," said Micheline Calmy-Rey, President of the Gymnastics Ethics Foundation.

"Neither in gymnastics, nor in many other sports.

"There are many positive examples that show sporting success can be achieved while training in a safe environment.

"It is crucial that you - as representatives of National Federations - exchange and spread these examples.

"I am convinced this can help change attitudes.

"This can achieve positive and sustainable change - even if it may take a while."

Other proposals discussed included raising the minimum age to take part in senior gymnastics competitions and re-thinking the design of leotards.

The FIG Executive Committee, Council and Technical Committees will now discuss these issues at their next meetings.

A social charter featuring 12 "golden rules" is to be developed off the back of the e-conference, the FIG has promised.