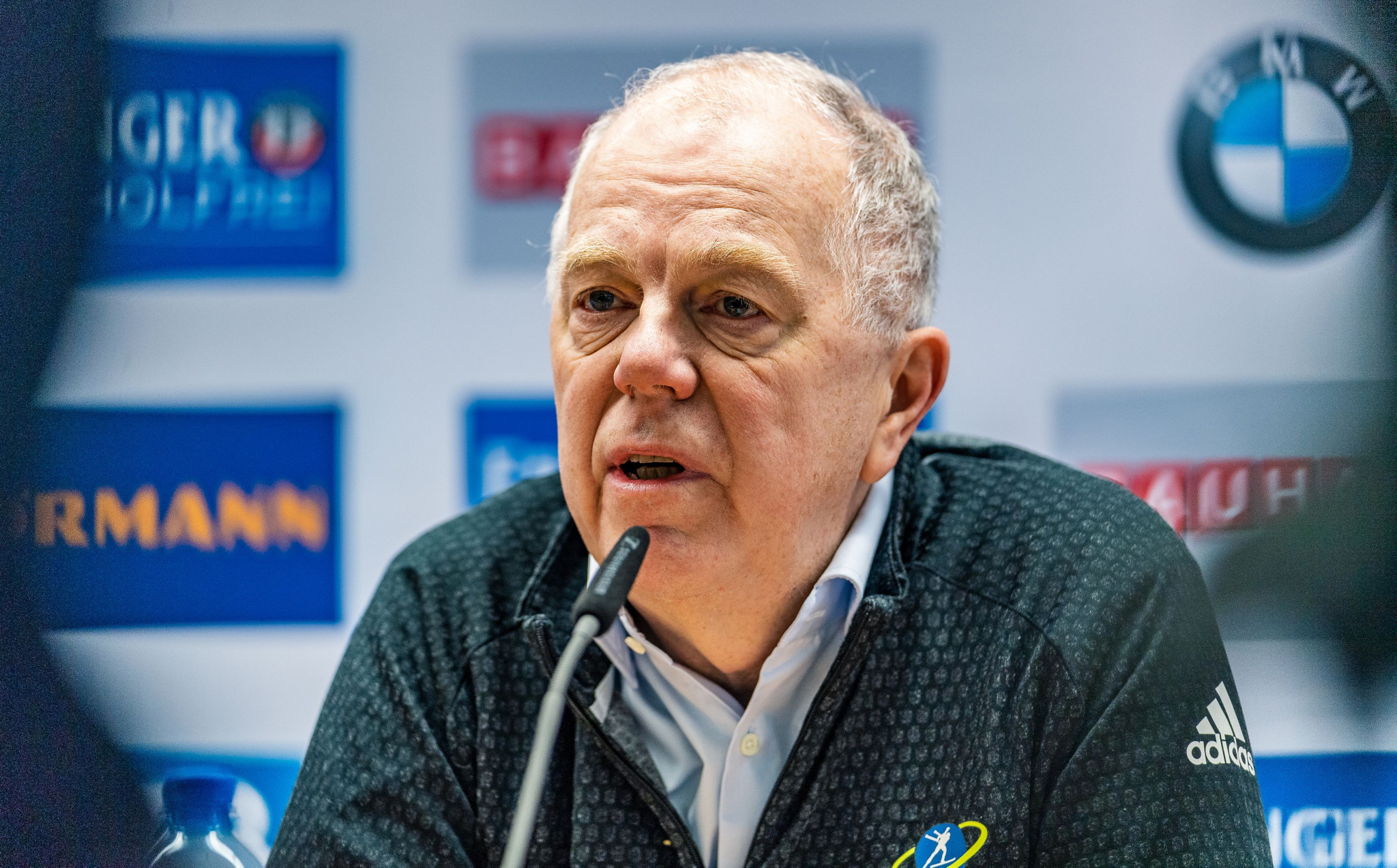 International Biathlon Union (IBU) President Olle Dahlin says he is looking forward to "putting this dark period in our sport's history behind us" and focusing on a "very bright future" after an external review uncovered evidence of "systematic corruption and unethical conduct" under the governing body's former leadership.

Dahlin launched the investigation into the allegations after his election as IBU President in 2018.

Both Besseberg and Resch are deemed to potentially have cases to answer for breaches of the IBU rules in the period from 2008 to 2018, based on their apparent protection of Russian interests, particularly in the anti-doping context, without good justification.

The Biathlon Integrity Unit (BIU) is now set to determine whether disciplinary action will be taken.

In his comments on the final report, Dahlin pledged to study the recommendations made by the ERC and uphold standards of good governance.

"We look forward to putting this dark period in our sports history behind us and focusing on our very bright future," Dahlin said.

"In parallel to the investigations, we have worked hard over the last two years to ensure robust governance policies are in place to ensure that this kind of wrongdoing can not happen again.

"We have gone from a federation in crisis to being recognised for being at the forefront of good governance.

"We understand that we always have to improve and not be complacent.

"The IBU Executive Board will study the recommendations made by the ERC carefully, especially on how to keep and improve the standard we have reached now.

"We will stay committed to ensuring, not only the IBU, but also our National Federations, uphold the highest standard of good governance.

"Initiatives have already been implemented to ensure all levels of biathlon governance embed this culture.

"With this continued commitment, we believe that our athletes and our fans can believe in the integrity of our sport."

BIU chair Louise Reilly also claimed biathlon had "come a long way in a short space of time" and commended the work carried out by the ERC.

"The IBU recognised the opportunity in the crisis, and had the courage to seize that opportunity and do things differently," she said.

"This will transform the culture of the sport, embedding ethical values, accountability and transparency into the fabric of the sport.

"The BIU commends the work ERC Has carried out to arrive at its conclusions, however uncomfortable those conclusions may be.

"Our work now at the BIU is to follow up on the conclusions and to decide what action to take.

"Our aim as a unit is to ensure biathlon represents a fair and trustworthy sport - one that recognises doing the right thing over winning at all costs.

"We believe the release of today’s report is an important step forward towards achieving that aim."

Besseberg, who led the IBU for 25 years before resigning in 2018, has been heavily criticised in the ERC report and is assessed as having "no regard for ethical values and no real interest in protecting the sport from cheating."

The report claimed Besseberg had "consistently preferred and protected Russian interests in virtually everything that he did" and was considered to have allowed ex-Russian Biathlon Union (RBU) President Alexander Tikhonov to remain IBU first vice-president even after he was charged with conspiracy to commit murder in 2007.

Besseberg has also been accused of seeking to downplay the Russian doping scandal that broke in late 2014 and 2015, and was seen to have failed to follow up in 2014 when the IBU Executive Board was presented with evidence of an apparent effort by then-RBU President Alexander Kravtsov to buy votes at the 2014 IBU Congress or when a used rEPO syringe was found on the track at the 2015 IBU World Cup event in Antholz-Anterselva.

Resch was found to have been "worried about Mr Besseberg’s clear pro-Russia stance", but is also considered to have several cases to answer for breaching IBU rules.

The former IBU secretary general was deemed to have "failed to react" to highly abnormal values in the blood parameters of Russian biathlete Evgeny Ustyugov at the Sochi 2014 Winter Olympics, and could also face disciplinary action over allegedly colluding with Besseberg to stifle an investigation into the used syringe in Antholz-Anterselva.

She was not found to have acted to divert or delay investigations over Russian doping presented in the McLaren Report, although she has been considered to have been cautious about bringing cases which were not based on positive tests.

The World Anti-Doping Agency has welcomed the ERC report and said the investigation was initiated by WADA's independent Intelligence and Investigations Department in November 2016.

"This is another success for WADA’s intelligence and investigation team and its policy of collaboration with law enforcement and other stakeholders that are committed to doping-free sport," said WADA President Witold Bańka.

"It shows once again that WADA will act without fear to do what is right for clean sport.

"The allegations featured in this report are abhorrent to all who care about sport integrity.

"However, it is to the credit of the IBU that in the wake of this scandal, it has taken significant steps to enhance the integrity of its anti-doping programme."

Besseberg and Resch are both currently subject to a criminal investigation, with the IBU ERC stressing that they remain presumed innocent of any wrongdoing.

Both former IBU officials deny all wrongdoing and face no criminal charges to date.