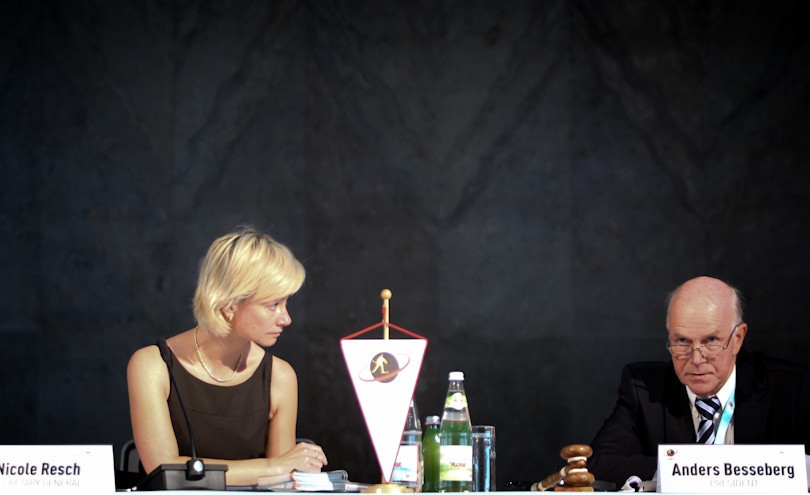 Former International Biathlon Union (IBU) President Anders Besseberg and ex-secretary general Nicole Resch have so far refused to be interviewed by an independent group set up to investigate corruption allegations made against them.

In its latest interim report to the IBU Executive Board, the External Review Commission (ERC) said Besseberg "is not willing to submit to an interview with the Commission until the conclusion of the Austrian and Norwegian criminal law proceedings".

The Commission admitted this could delay the timing of its final report.

The panel "has not yet been able to agree an interview date with the former IBU secretary general (despite efforts to do so)", the report added.

The ERC said it "anticipates, or is at least hopeful" the German official will eventually agree to an interview.

Besseberg and Resch are the subject of criminal investigations in Austria and Norway focused on doping, fraud and corruption.

The Austrian police report, which had been due to be published in January 2019, has hit several delays.

Besserberg was accused of helping cover up doping failures by Russian athletes, with the assistance of Resch, by the World Anti-Doping Agency Intelligence and Investigations Department.

It has also been alleged that delegates of IBU Member Federations at the 2016 IBU Congress had been bribed to vote in favour of the 2021 World Championships being held in Tyumen in Russia.

The ERC said it had faced difficulties in contacting former Russian Biathlon Union (RBU) officials and had been "unable to contact a key witness".

The Commission did note progress with its investigation, confirming it had "conducted eight witness interviews by video or telephone... and exchanged written questions on discrete issues with a number of other witnesses".

It has also "arranged most of the remaining witness interviews (or is in the process of agreeing interview dates with those witnesses), including with potentially important witnesses based in Russia".

A "significant amount" of further evidence in preparation for important witness interviews and for purposes of the final report has been reviewed and condensed by the ERC.

Besseberg and Resch, who both resigned following the opening of the criminal proceedings, have denied any wrongdoing.

The allegations against them prompted the IBU to establish the ERC, led by prominent English lawyer Jonathan Taylor, in September 2018.

The ERC has since given 12 interim reports to the IBU Executive Board.

Its latest report can be viewed here.