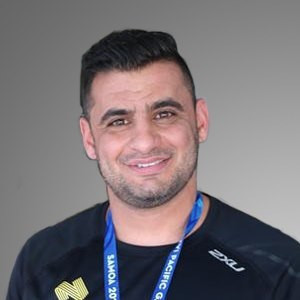 National performance pathway lead Ali Khalil is determined to help Australian Taekwondo "move with the times" after claiming the governing body had spent much of the past two decades "stuck in the mud".

Australia finished second in the taekwondo medal table at the Sydney 2000 Olympic Games courtesy of Lauren Burns’ gold in the women’s lightweight and Daniel Trenton’s silver in the men’s heavyweight.

But since then, Australia has failed to win a single medal in the sport, returning empty-handed from the past four Olympics.

It is a trend Khalil is keen to end after joining Australian Taekwondo last August and believes the problems lie within its system.

"I think where we have failed is that while the rest of the world was having a look at what Australia is doing, learning from us and then evolving and becoming better than us we have become stuck in the mud," said Khalil in an interview on the Australian Taekwondo Talk podcast.

"Perhaps we changed our system a little bit too much back then.

"I am not sure what happened with the programme, but I think we got a little bit stuck in the mud and didn’t evolve and look to improve our system.

"We weren’t keeping a close eye on what the rest of the world was doing to beat Australia and over the time the sport changed drastically when the electronic system was introduced.

"The rest of the world has harnessed that information and were educating themselves on what a taekwondo athlete looks like while we were dawdling."

Khalil believes Australia has been guilty of using excuses for their failings and need to look at improving nations such as Jordan, Serbia and Britain to see how they can transform their own fortunes.

"The definition of insanity is doing the same thing over and over again and expecting a different outcome," said Khalil.

"We have to adapt and move with the times.

"There is so much we can do to evolve as a sport and a nation that we aren’t currently doing with or without finances or resources.

"We do have to adapt to what taekwondo is doing around the world."

Britain finished in the top five in the taekwondo medal standings at London 2012 and Rio 2016 and Khalil reckons Australia should take a leaf out of their book.

"Britain are leading the way at the moment," said Khalil.

"We went back and researched where they were in 2000 and what are the steps they took in each Olympic cycle to reach where they are now.

"I think it is important for us to know that it is one step at a time, it’s going to take time but we can get there just like other countries have."

Khalil’s position has been funded by the Australian Institute of Sport (AIS).

He will be responsible for steering a performance pathway which identifies and nurtures talented taekwondo and Para-taekwondo athletes.

The cadet, junior and senior classes will all come under his remit.

Khalil said he was looking to strengthen the identification system in Australia and find ways to overcome any logistical obstacles.

"We are extremely challenged within our geography in Australia as everyone is so far away from each other," added Khalil.

"However technology is making that a lot easier and athletes are a lot more accessible now.

"We can see athletes no matter what state they live in and we can communicate with them very easily.

"We are going to have a very in-depth system and policy on how we identify athletes.

"Regardless of where you live, if you are an athlete that has the ambition and the passion you are definitely going to be identified though this programme."

A new entity for Australian combat sports, which will handle high-performance programmes for boxing, judo and taekwondo, is being established at the start of 2021.

Khalil is expected to work closely with that entity's pathway manager and taekwondo technical lead.

However, Australian Taekwondo is still responsible for the Tokyo 2020 high-performance programmes until the postponed Olympics and Paralympics are complete.