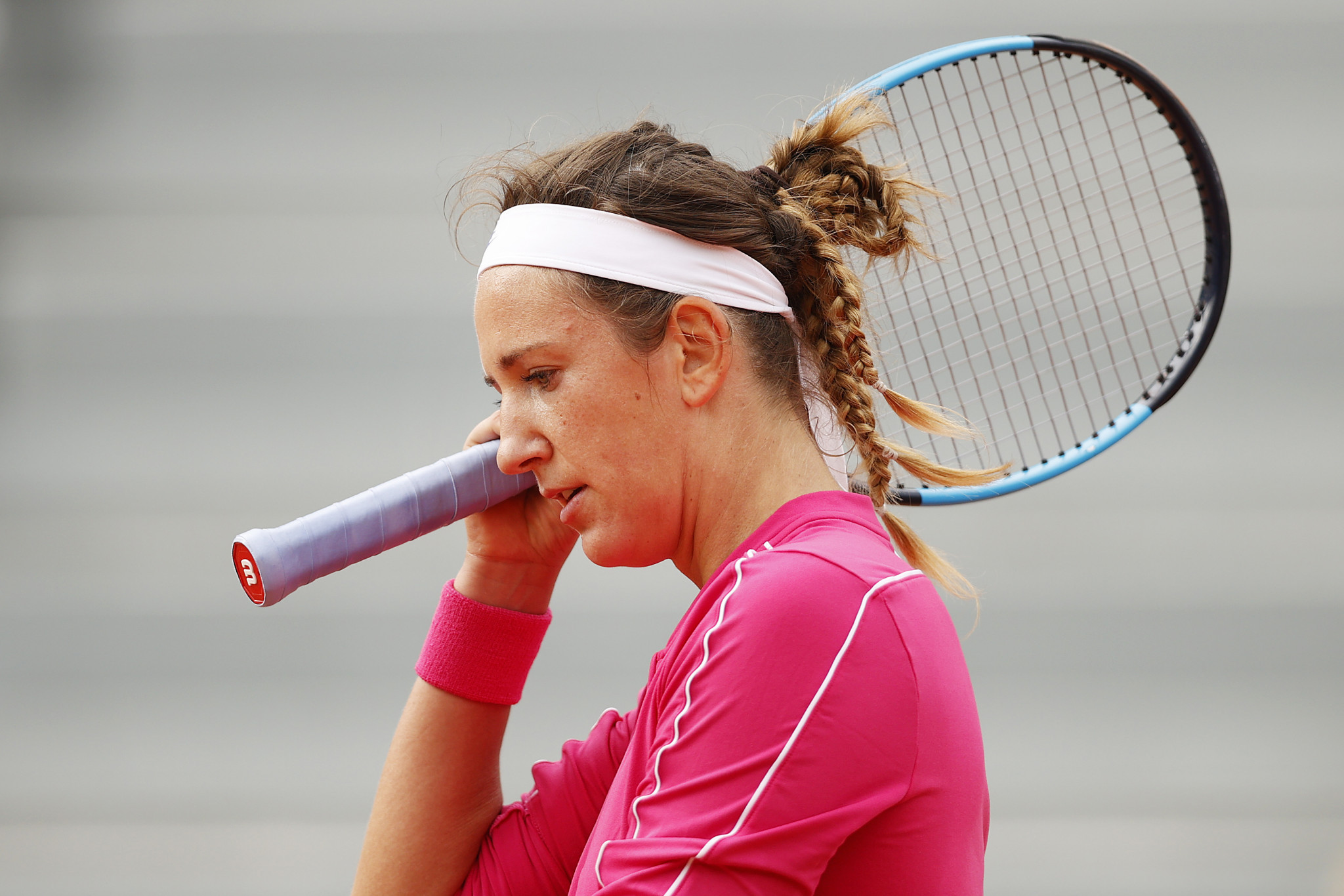 A total of 47 players set to feature at the Australian Open have been ordered to stay in their hotel rooms for the next two weeks after passengers on two chartered planes to Melbourne tested positive for COVID-19.

Players are already subject to a 14-day quarantine period upon arrival in Melbourne, although they would have been permitted to leave their hotels for up to five hours a day to train.

But those that were on board the two planes will be confined to their rooms unable to practice for a fortnight.

The news will be a major blow to their preparations for the rescheduled Australian Open, which is due to start in just over three weeks' time.

One plane travelling from Los Angeles was carrying 67 passengers including 24 players.

The Australian Open confirmed a member of the flight crew and a passenger who was not a player had tested positive for coronavirus and had been transferred to a "health hotel".

"We are communicating with everyone on this flight, and particularly the playing group whose conditions have now changed, to ensure their needs are being catered to as much as possible, and that they are fully appraised of the situation," said tournament director Craig Tiley.

"Our thoughts are with the two people who tested positive on the flight and we wish them well for their recovery."

It was later confirmed by the Australian Open that a further passenger on a separate chartered flight from Abu Dhabi in the United Arab Emirates had also returned a positive COVID-19 test.

There were 64 people on the plane, including 23 players.

French player Alize Cornet was not on either flight but expressed her dismay at the situation in a post on Twitter which she later deleted.

"Weeks and weeks of practice and hard work going to waste for one person positive to COVID in a 3/4 empty plan," wrote Cornet.

"Sorry but this is insane."

No I am not (for now as we await our result) on one the 'infected planes' but it is fair to say that or everyone should quarantaine for 2 weeks or Aus Open should be pushed back by a week.. 2 weeks in a hotel room without any practice is insane for those players

World number 86 Kirsten Flipkens of Belgium called on organisers to delay the event by a further week.

"No I am not (for now as we await our result) on one the 'infected planes' but it is fair to say that everyone should quarantine for two weeks or Aus Open should be pushed back by a week," wrote Flipkens on Twitter.

"Two weeks in a hotel room without any practice is insane for those players."

Fifteen chartered flights have been organised to bring around 1,200 players, coaches, entourage members and officials to Melbourne ahead of the Australian Open.

Back-to-back Olympic champion Sir Andy Murray's participation has been thrown into doubt after he tested positive for COVID-19.

The Briton, a three-time major winner, is currently isolating at home but is due to fly to Melbourne next week and is hopeful of competing in the tournament.

American Madison Keys confirmed she will be unable to compete at the opening Grand Slam of the year after contracting coronavirus.

Players are required to produce a negative coronavirus test before boarding chartered flights laid on by tournament organisers.

The arrival of players in Australia has been criticised by some citizens who find themselves struck abroad and unable to return to the country as only a limited number of people may enter Australia each week.