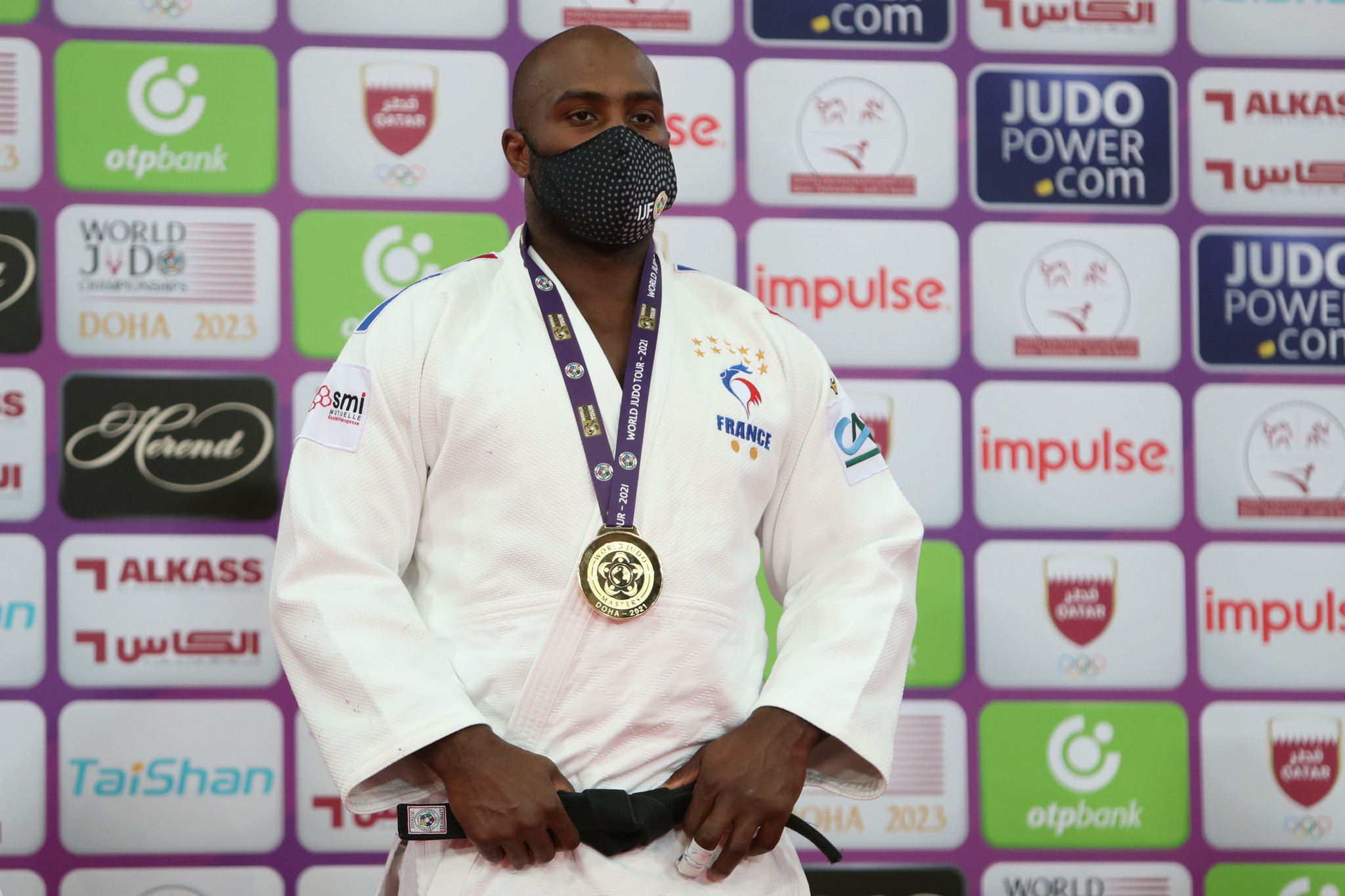 Two-time Olympic champion Teddy Riner brought the International Judo Federation (IJF) World Judo Masters in Doha to a conclusion with a gold medal in the men's over-100 kilograms division.

The French star defeated Inal Tasoev of Russia in the final bout at the Qatari capital's Lusail Multipurpose Hall.

Completing the podium was Henk Grol of The Netherlands and Ukraine's Yakiv Khammo.

The 31-year-old had gone on an unbeaten run of 154 victories which lasted nearly 10 years, before he was finally vanquished by Japan’s Kokoro Kageura at last year’s Paris Grand Slam.

The final day of competition in Doha proved to be a successful one for France, with Madeleine Malonga triumphing in the women's under-78kg and Romane Dicko the winner in the over-78kg.

A rematch of the 2019 Tokyo World final goes the same way! @MadoM_longa is delighted to take her first Masters Gold medal - what a joyous champion she is!#JudoMasters #Judo @qatar_olympic

Dicko was victorious against Iryna Kindzerska of Azerbaijian in her final.

Nihel Cheikh Rouhou of Tunisia and Kayra Sayit of Turkey were the bronze medallists.

The Georgian defeated Zelym Kotsoiev of Azerbaijian, with Arman Adamian of Russia and Israel's Peter Paltchik finishing with bronze.

Noël van 't End of The Netherlands was the gold medallist in the men's under-90kg after beating Beka Gviniashvili of Georgia.

In third place was Eduard Trippel of Germany and Georgia's Lasha Bekauri.

The final day of competition saw France top the medals table with five golds, one silver and one bronze.