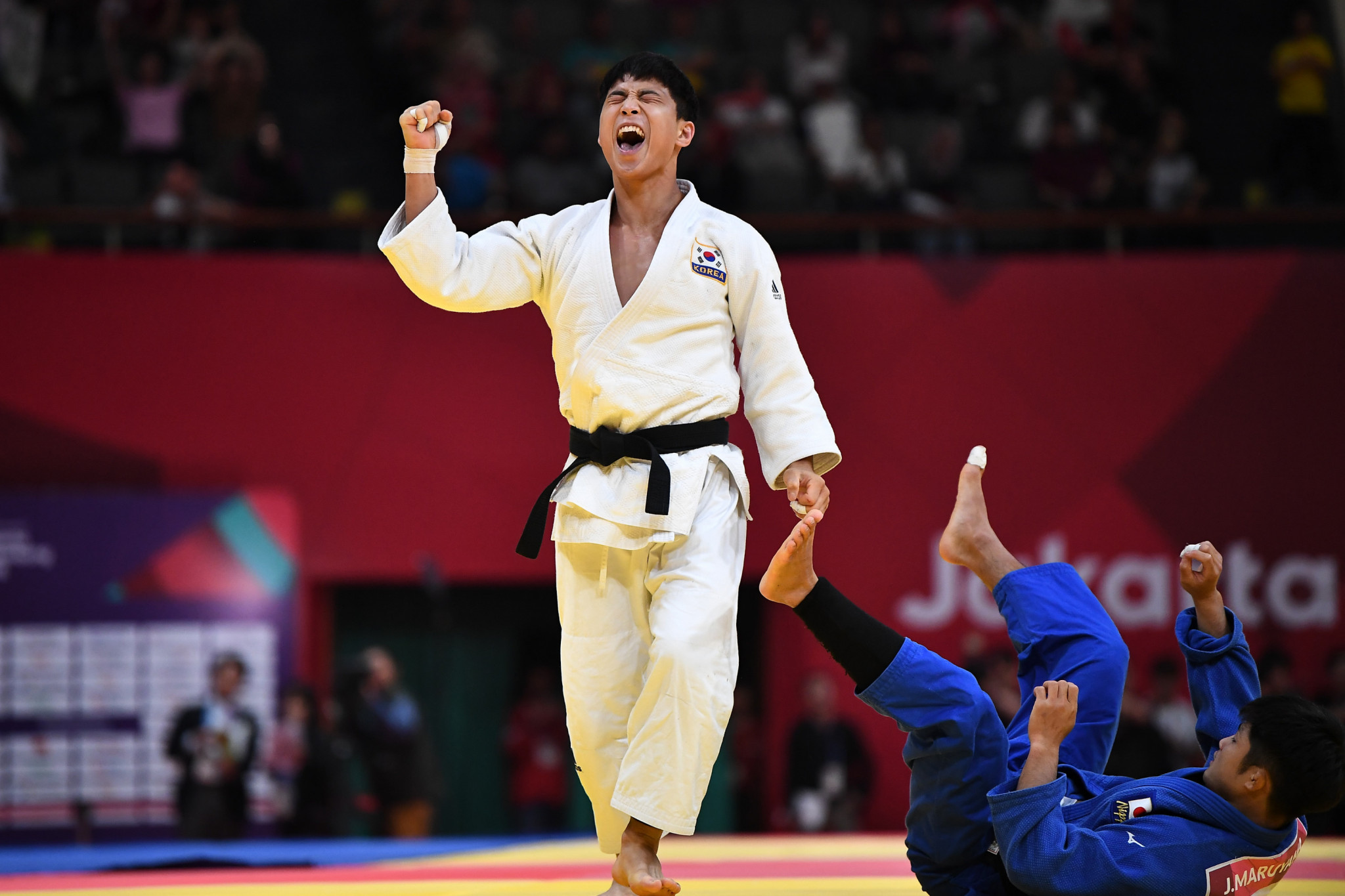 Olympic silver medallist An Baul triumphed in the men's under-66 kilogram contest at the International Judo Federation (IJF) World Judo Masters in Doha.

The South Korean, a silver medallist at Rio 2016 and 2015 world champion, defeated Israel's Baruch Shmailov to top the podium in the Qatari capital.

Aram Grigoryan of Russia and Vazha Margvelashvili of Georgia were the bronze medallists.

There was a second gold medal for South Korea when Kim Won-jin earned his first Masters title in the men's under-60kg.

He overcame Yang Yung-wei of Chinese Taipei in the final to do so, while Russia's Albert Oguzov and Dutch judoka Tornike Tsjakadoea completed the podium.

Amandine Buchard of France was the victor in the women's under-52kg after she beat Ai Shishime of Japan.

Her teammate Astride Gneto finished in third alongside Kosovo's Olympic champion Majlinda Kelmendi.

Japan's Tsukasa Yoshida clinched gold after winning against Sarah Leonie Cysique of France in the women's under-57kg, with the podium completed by Nora Gjakova of Kosovo and Jessica Klimkait of Canada.

Competition is scheduled to continue in Doha tomorrow.