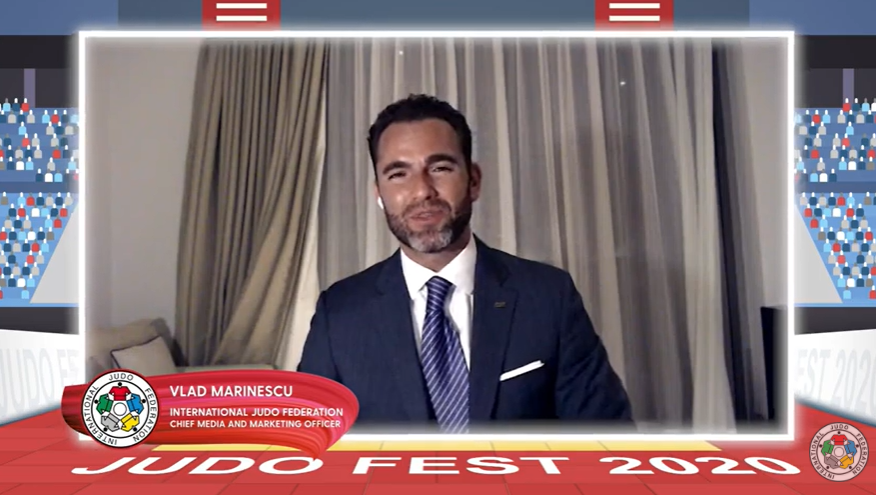 It is "almost a certainty" that the postponed Tokyo Olympics will take place next summer, according to the International Judo Federation’s (IJF) chief media and marketing officer, Vlad Marinescu.

Speaking during today’s virtual IJF JudoFest, Marinescu said: "The likelihood of the Olympic Games taking place is almost a certainty.

"The only big question mark is 'will there be spectators?'

"Not 'Will the Olympic Games happen?'"

Marinescu said the pandemic protocols at the IJF’s only World Judo Tour event of this year, the Budapest Grand Slam held from October 23 to 25, were now being widely shared as a model of how to stage sporting events safely.

"We did a launch in Budapest under a very strict protocol that allowed us to enable the safety of the athletes participating at the highest level.

"Which now I am pleased to tell you is the protocol that has been shared not only inside the judo community and for all judo events but also to help the entire Olympic Movement and other sport federations and governments around the world to see how we were able to do it.

"Definitely, having the values of judo and the discipline of our judoka helped a lot with ensuring that our bubbles were safe and protected."

Former United States judoka Jimmy Pedro, who won the world under-73kg title in 1999 and took Olympic bronze in 2004 and 1996, described how operations at the judo centre he runs in Wakefield in Massachusetts had managed to continue through a combination of virtual lessons and safety measures introduced to actual training.

"We had 240 judo students at our Academy before COVID hit," Pedro recalled.

"We run the school as a business, so we had to keep the students coming back to us."

He explained that bespoke learning had taken place on Zoom calls, while measures had been taken once lockdown had eased sufficiently for youngsters to come into the centre for training.

These included mats being separated into 2x2 metres boxes in order to enable social distancing,

General mixing has not been allowed, all interactions are discouraged, and the training areas are cleaned and sanitised between sessions.

Germany’s Martyna Trajdos, a bronze medallist in the under-63kg class at this year’s European Championships, praised the safety measures that had been put in place during that event, which was staged in Prague from November 19 to 21.

"I was very impressed with the safety around the Championships," she said.

"We were tested several times and so many good protocols were in place.