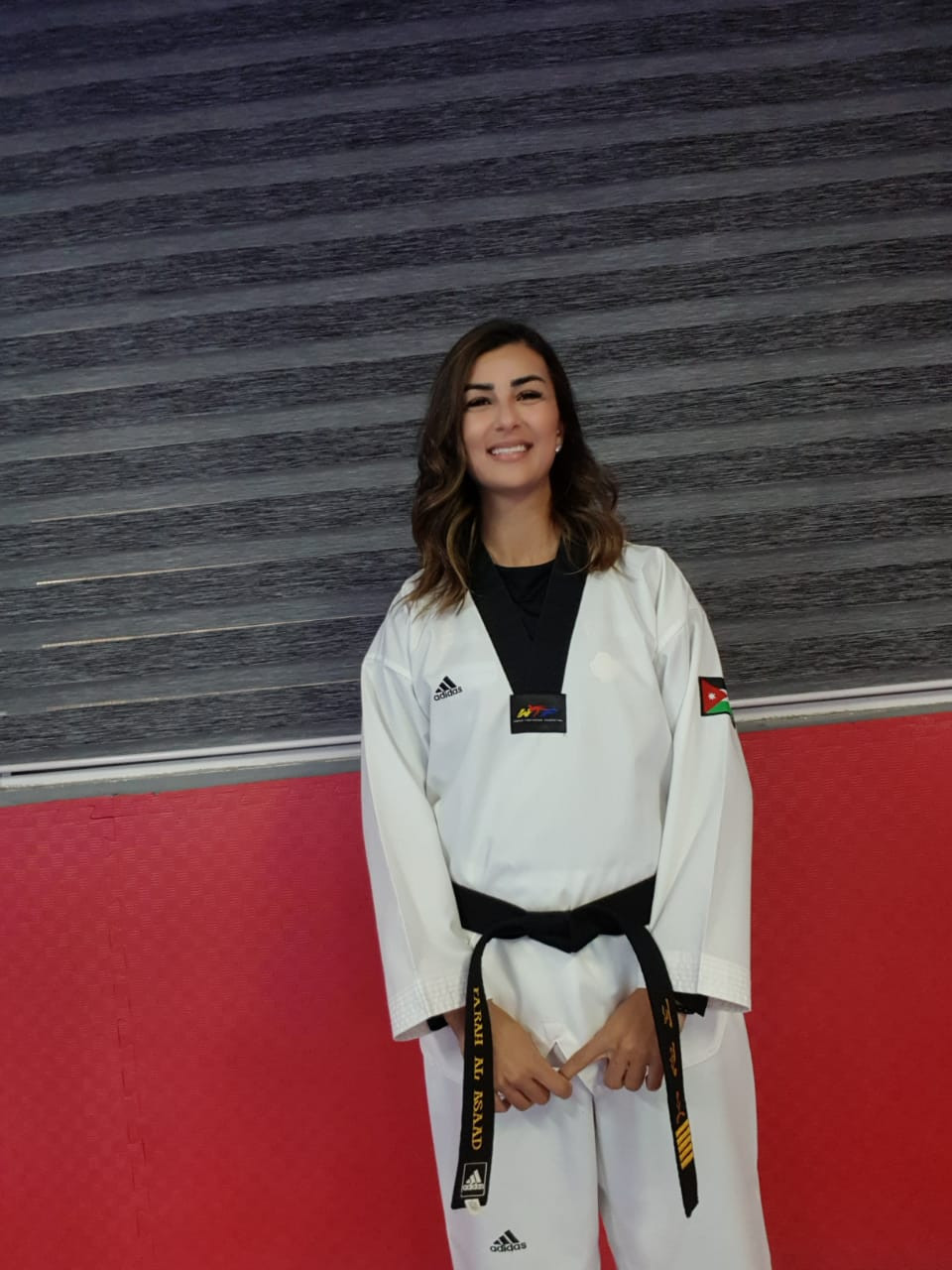 The THF's Middle East and North Africa coordinator is part of an expedition to Africa's highest peak which is being led by mountaineer Mostafa Salameh, the first Jordanian to reach the top of Mount Everest.

She hopes to raise the THF flag at Kilimanjaro's summit, with her trip to Tanzania having the backing of World Taekwondo and its President Chungwon Choue.

The THF works to teach the sport to refugees and displaced people around the world and its flagship academy is at Jordan's Azraq camp, which is home to Syrians who have fled the conflict in their country.

Kilimanjaro is the highest free-standing mountain in the world and measures in at 5,895 metres.

"Back in 2016 when I started my journey with THF at Al Azraq camp in the field of supporting and enrolling refugees in taekwondo, I had no idea that this will be a beginning of a life-changing role I play in my career," said Al Asa'ad.

"Through the past several years, THF has given me a precious opportunity, and that is 'connectivity to a cause' which I will always be thankful for.

"Every effort I made within this journey has been done with great passion and motivation to serve one cause - the refugees.

"Moreover, as a woman I have faced multiple challenges in my career, nevertheless none of which could stop me from moving forward.

"This only has motivated me to inspire other women and prove to anyone who puts a frame on our capabilities, that we will never fit in.

"Unfortunately, as a society, we are all influenced by gender.

"Gender norms tell us what is appropriate for girls and for boys.

"As a result of these gender stereotypes, girls and women are often less valued and have lower social status.

"In order to serve both of my current focal interests, I spoke with the Jordanian climber Mostafa Salameh - who happens to be a refugee from Palestine, and the first Jordanian to climb Mount Everest - about the Azraq Taekwondo Academy and how I would like to organise a fundraising campaign for the Academy through joining one of his organised trips to Mount Kilimanjaro which happens to be a symbol for victory and resistance through history.

"By doing so, not only fundraising would be my target, but rather challenge gender norms and serve as an example for women empowerment.

"Mr Salameh has very much supported the idea and stated also that it will be an honour for him to visit the camp himself and read to the refugees some parts of his book to remind them that he was once in their position, and nothing could have stopped him from reaching his goals.

"My goal is to join him in this trip on behalf of the refugees and raise the THF flag on top of the highest summit in Africa to motivate and enable them to make their dreams come true."

Sponsorship for the trip, planned for this month, has been provided by G Global Marketing and Business Management and Tatweeg news.

The THF at Azraq could produce a Tokyo 2020 Olympian this year with Wael Fawaz Al-Farraj, the project's first black belt, bidding to be part of the Refugee Olympic Team in the Japanese capital.

Paris 2024 is also a target for the athletes training at the facility.

Salameh is one of the few people to have completed the Explorers Grand Slam, meaning he has visited both the North and South Poles and the Seven Summits - the highest mountains on each continent.

Donations for the THF can be made here.