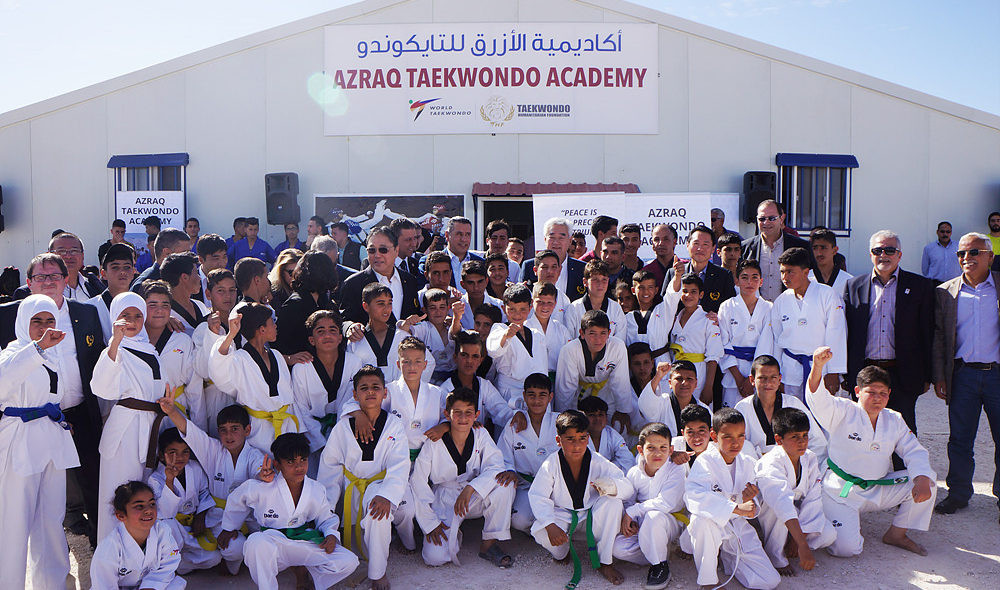 Fundraising is continuing for a Taekwondo Humanitarian Foundation (THF) project in Rwanda.

The THF, which works to teach the martial art to refugees and displaced people around the world, is hoping to raise cash for a new sports hall.

An academy is currently being constructed near Mahama Camp, on a field donated by the United Nations High Commissioner for Refugees.

It is hoped that up to 40 children will be able to take part in free taekwondo lessons at the facility.

World Taekwondo President Chungwon Choue announced the creation of the THF, which works worldwide to teach taekwondo to refugees and displaced people, in 2015.

A flagship academy is already up-and-running at the Azraq Refugee Camp in Jordan, where young Syrians learn the sport.

Other projects have started in countries such as Djibouti, Turkey and Colombia.