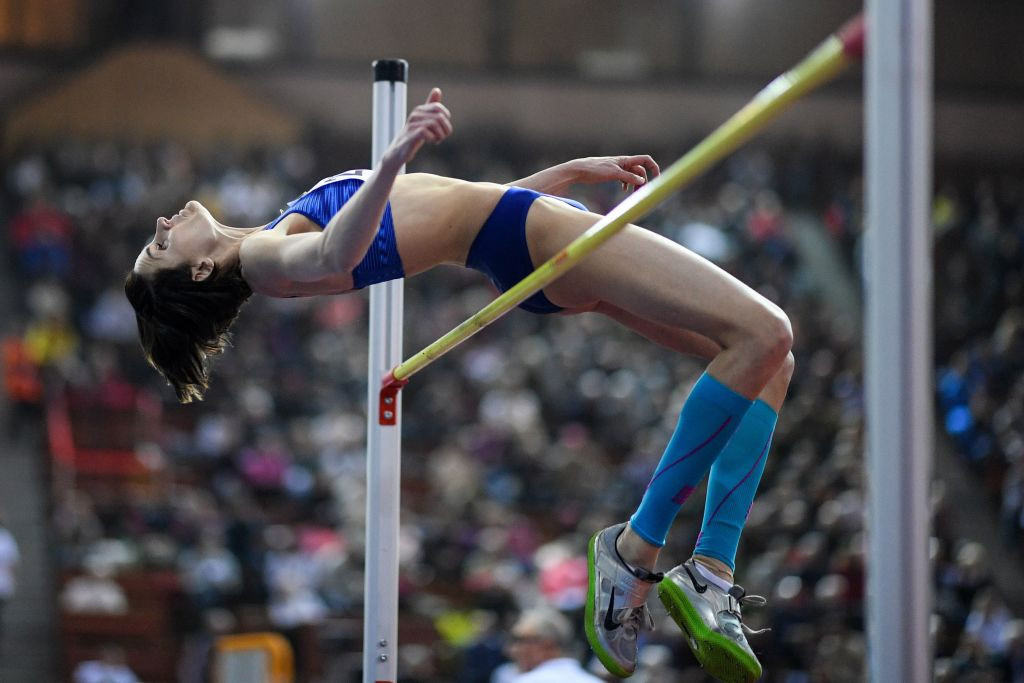 Chicherova, stripped of her Olympic bronze medal from Beijing 2008 and her 2009 world silver medal for doping, had planned to call time on her career at the end of 2020.

But the 38-year-old, world champion in 2011, took part in a national event in Yekaterinburg earlier this month and suggested she plans to enter more competitions later this year.

"The last summer season, crumpled due to the pandemic, was the main reason that I made the decision to stay in sports," Chicherova told Russia's official state news agency TASS.

"Let's see how things go, because the situation with the coronavirus has not changed yet.

"It is very joyful that, despite the pandemic, such tournaments as in Yekaterinburg, Chelyabinsk, Moscow are being held, and we have the opportunity to play for now."

She had been dealt a blow in 2019 when the International Association of Athletics Federations - now called World Athletics - refused her application for neutral status.

Chicherova had applied to be part of the authorised neutral athlete (ANA) team, set up to allow certain Russian athletes to compete following the suspension of the Russian Athletics Federation.

The Russian was caught doping at Beijing 2008 in retests carried out by the International Olympic Committee and failed with an appeal against the decision at the Court of Arbitration for Sport.

She announced plans to retire in 2009 but returned in 2011, winning the gold medal in the high jump at that year's World Championships in Daegu.

Chicherova then won the Olympic title at London 2012 before claiming bronze at both the 2013 and 2015 World Championships.