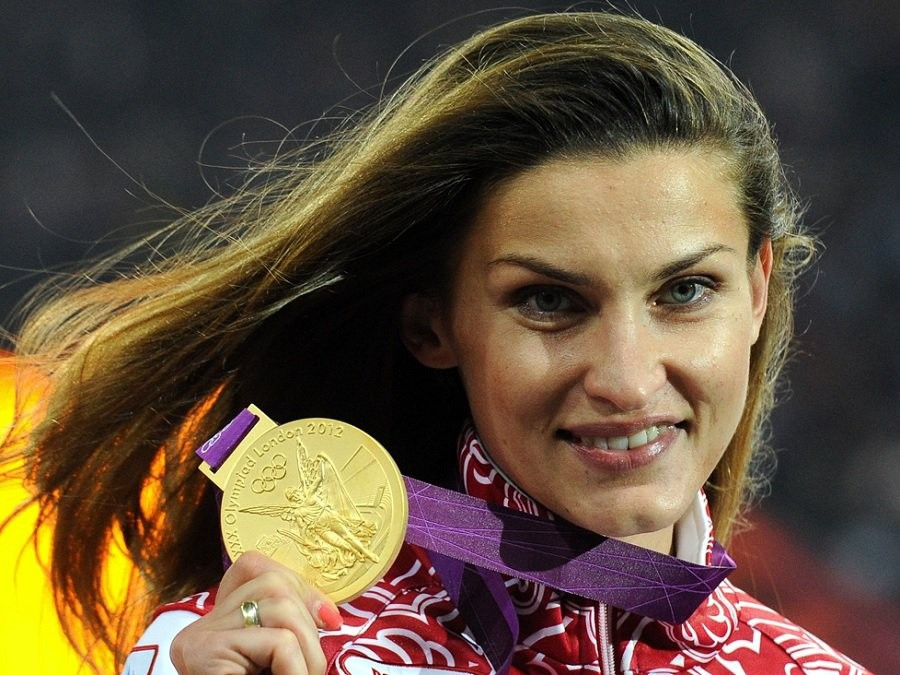 It had been reported in May that the London 2012 champion and Olympic 2008 bronze medalist was among 14 Russian athletes to have recorded a positive result after the International Olympic Committee (IOC) re-tested 454 doping samples from the Beijing Games eight years ago.

When announcing the reanalysis, the IOC stated that as a result, up to 31 athletes from six sports could be banned from competing at the Olympic Games in Rio.

Chicherova had claimed "it was a complete shock" and blamed supplements that she was using.

The substance is not known.

"A letter has just come: the IAAF has suspended me starting today from all competitions for the time of the probe into the matter," Chicherova told Russia's official news agency TASS.

TASS reported that doping sample B-1 from the Beijing Olympics was opened on June 8.

"The results of opening sample B-2 are not yet known.”

As well as her 2012 Olympic gold and 2008 Olympic bronze medal, Chicherova won the 2011 World Championships title in Daegu and has also claimed a further four outdoor world medals.

The 33-year-old competed at the Russian Championships on June 23, winning the high jump competition with a clearance of 1.98 metres.

The IAAF last month refused to lift a suspension imposed on the All-Russia Athletic Federation in November following the publication of the first World Anti-Doping Agency Independent Commission which found evidence of state-supported doping.

Chicherova is the third Russian athlete who won a gold medal at London 2012 to have since been implicated in a doping scandal.

Sergey Kirdyapkin was stripped of the gold medal he won in the 50 kilometres walk following an appeal from the IAAF to the Court of Arbitration for Sport.

Yuliya Zaripova has also lost the gold medal she won in the 3,000 meters steeplechase after being suspended due to abnormal results in her athlete biological passport.

If Chicherova is stripped of her Olympic gold medal from London 2012, then American Brigetta Barrett would be expected to be upgraded.