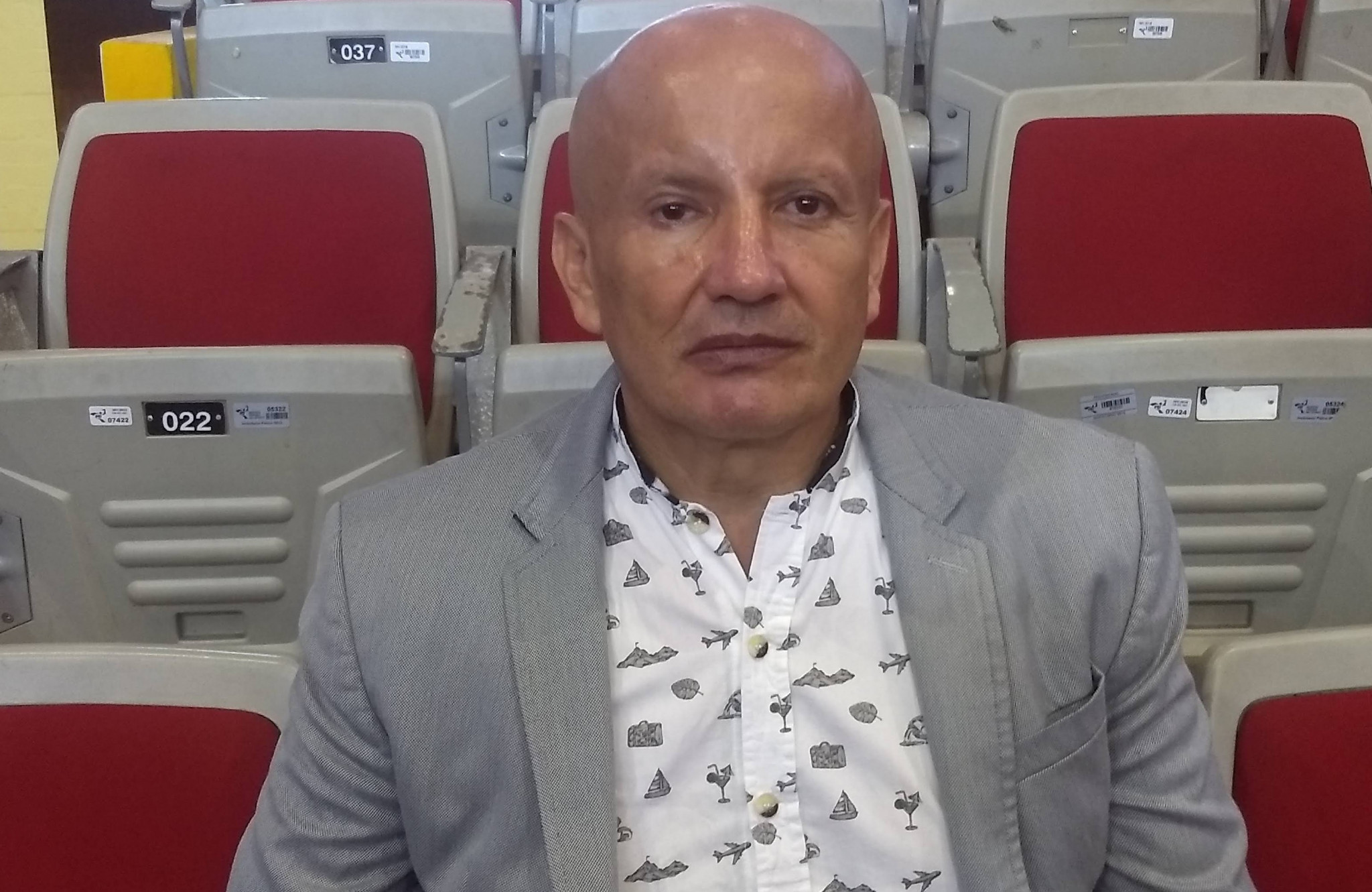 Three Colombian weightlifters can clear their names from doping charges and help their nation to overcome a potential ban from the Tokyo 2020 Olympic Games.

That is the view of William Pena, one of the key figures who helped Colombia to become the strongest nation in the sport in Latin America.

Pena, President of the Colombian Weightlifting Federation (CWF) told insidethegames that the widespread use of boldenone in farming was the cause of the three doping positives - an argument used successfully by a top Colombian tennis player this year.

"We hope that the athletes prove their innocence, for the sake of the great number of people who work honestly in Colombian weightlifting," Pena said.

"We do not support doping or cheating."

Pena pointed out that Colombia had very few doping positives over a period of decades, yet it was liable to be banned from Tokyo 2020 while other nations who have had five times as many cheats caught are allowed to send teams.

Should the three athletes - Yenny Sinisterra, Ana Iris Segura and Juan Solis - fail when they contest any suspension at the Court of Arbitration for Sport (CAS) Colombia would be liable to a ban from international weightlifting of up to four years for having multiple positives.

A suspension could be imposed under Tokyo 2020 qualifying rules, and also under the IWF’s anti-doping policy.

Pena is optimistic about their chances, and stressed that Colombia’s long-term achievements have been made by hard work, not cheating.

"In 50 years, we have had five positive cases and these three in process, and one of those was an athlete we did not know about who competed without our endorsement."

That was Luis Arteta, whose only international appearance was as a 23-year-old student at the Universiade in 2013.

"In all types of world and continental events, we have one athlete sanctioned in 2007, one in 2013 that we did not know, one in 2015 and two in 2018, and the three in process now who hopefully will prove their innocence.

"We are a federation with a lot of participation and a minimum number of positive cases."

He said the current rules put Colombia "on an equal footing with countries that have more than 20 cases with final sanctions in recent years, and that will be in Tokyo."

Those nations are Kazakhstan, Azerbaijan, Armenia, Belarus and, if they are not banned, Russia and Romania.

All seven Colombian weightlifters who have been suspended in the past seven years, including these three, tested positive for boldenone, a steroid that is commonly sold under the brand name Equipoise.

It is widely used in cattle-rearing in Colombia, and Sinisterra, Segura and Solis all say they must have unknowingly ingested the boldenone by eating tainted meat.

"The athletes continue in the process, trying to prove their innocence with all the legal arguments," said Pena.

"I trust they tell the truth.

"In Colombia, boldenone is used without restrictions for fattening cattle.

"Hopefully the experts can prove this - there is a group of them working on that."

In February the top-ranked tennis player Robert Farah was allowed to play on after testing positive for boldenone.

Farah, a Wimbledon doubles champion, was provisionally suspended in January but within a month he had used evidence from Colombia’s state agriculture department to help persuade the International Tennis Federation of his innocence.

He said he had ingested the drug unknowingly, via a meal cooked by his mother, and his provisional suspension was lifted.

Two elite cyclists from Colombia have been suspended after testing positive for boldenone since 2018.

The deciding factor is likely to be the concentration of metabolites in the weightlifters’ urine samples.

If the numbers are very low the contaminated meat argument could win the day, but if they are high it would be extremely difficult to use beef consumption as a defence.

Pena said that all three are still provisionally suspended, as they have been since February, as their cases are not formally closed by the International Weightlifting Federation (IWF).

Reports in the Colombian media - on television, radio and in newspapers - claim that four-year suspensions were imposed on December 16 but that information, relayed by insidethegames last week, is incorrect, said Pena.

If they are to be cleared in time to qualify for Tokyo 2020 their cases must be dealt with swiftly.

All athletes must compete in the final phase of qualifying, which is due to end on April 30 but is likely to be extended by a month or two.

Pena said: "I am optimistic.

"We have acted with transparency, we have fought against doping, we are a federation that loves weightlifting and works for the sport’s growth.

"We are guarantors of fair play at the federation.

"We do our thing, a lot of education in the fight against doping, discipline and order, and many controls.

"Colombia is a country that with much effort has become a leader in this sport.

"Together with the USA, we carry out an important management and massification process.

"We admire what the USA does and we try to match them, in management, organisation of events and mass participation.

"USA and Colombia are the countries that stage the most events in the Americas.

"We are a country with few resources, but the leaders do a lot of management. that is why you see us in all events in the world – this is a result of the leaders’ work.

"We are the discipline with the largest number of athletes in Colombia.

"We are poor but hard-working and eager to get ahead.

"We are leaders in the reactivation of the sport through virtual events.

"We just had 11 online competitions in Colombia."

Weightlifting has grown to become Colombia’s most successful Olympic sport in less than three decades.

The first Olympic champion in any sport for Colombia was the weightlifter Maria Isobel Urrutia, who won at Sydney 2000 and later became a politician.

The CWF focused on tough neighbourhoods and recruited young weightlifters into an impressive development programme.

It has led to Colombia winning eight Olympic weightlifting medals since 2000, including gold for Urrutia and, in 2016, Oscar Figueroa.

The sport has development and training set-ups in 23 regions of Colombia.

"We continue to grow," said Pena, a former athlete.

"Our achievements are based on hard work."

He said he could not predict how long the process would be before the cases are formally closed.

"I am respectful of the rules, I respect what the courts decide," he said.

"We will be in Tokyo if all this is overcome."