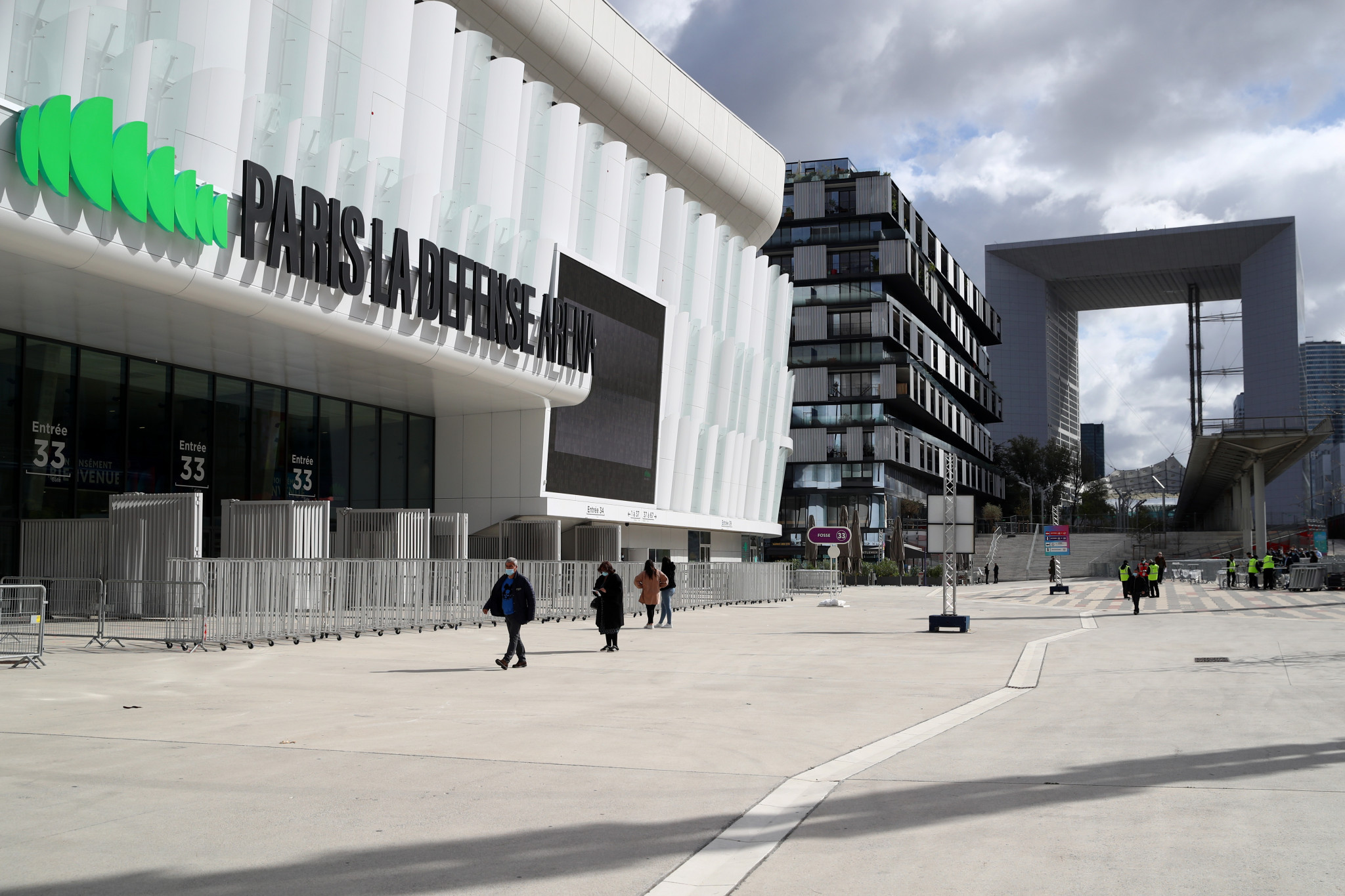 The three temporary swimming pools that are set to be used for the Paris 2024 Olympic and Paralympic Games are being offered to Seine-Saint-Denis citizens.

According to French newspaper L’Equipe, Paris 2024 organisers are calling on residents to bequeath the 50-metre pools once the Games have finished.

Two pools are expected to be installed at the La Defense Arena in Nanterre – the home of Racing 92 rugby team and the gymnastics venue for Paris 2024.

The swimming and Para-swimming competitions are set to take place there along with the water polo events.

A third pool, planned as a warm-up venue for the artistic swimming and water polo events, is due to be situated close to the Marville Aquatics Centre that is currently being built.

People have until February 5 to express their interest in inheriting the temporary pools before submitting a compete file by the end of May.

"These pools will allow us to develop our public infrastructure in terms of swimming, which Seine-Saint-Denis is particularly lacking and while one in two children who arrive at college cannot swim," said Troussel.

Following a meeting with the Board of Directors on December 17, Paris 2024 said it had a "controlled budget" which had increased by 2.5 per cent thanks to additional revenues.

Organisers said its budget covered all Olympic and Paralympic events and a "more detailed assessment of the scope of certain expenses".

The increase in income is expected to come through additional ticket sales due to the "superior capacity of venues" chosen in the revised concept and a rise in sponsorship.

"The Paris 2024 budget was built to be economical and balance expenditure with income, which requires annual adjustments to adapt to changing circumstances,” the statement read.

"This last year effectively demonstrated the extent to which the project is able to adapt and still remain exciting."

In a bid to make budget savings following the impact of the coronavirus pandemic, Paris 2024 announced last month a new concept for its venues for the Games.

It was decided at a Paris 2024 Executive Board meeting that some venues should be shared.

Organisers also said the revamp focused on environmental responsibility and has strong roots to the local community, including Seine-Saint-Denis.

Out of the 32 Olympic sports, 24 of them will now be within 10 kilometres of the Olympic and Paralympic Village, with the new concept also allowing venues to be 100 per cent accessible by public transport.

Seine-Saint-Denis is set to stage athletics, aquatics, climbing, rugby sevens and shooting and receive a permanent sports facility for climbing as part of the legacy project.

With less than four years to go before the Olympics and Paralympics, Paris 2024 also claimed "a significant majority" of people in France were in support of the Games.

A survey conducted by Harris online between December 14 and 16 revealed 84 per cent of people are in favour of hosting the Olympic and Paralympic Games in Paris in 2024.

Paris 2024 said it intended to continue "drumming up excitement" in France by offering people "a taste of the incredible celebration that awaits them" and "gets them even more involved in the Games experience".

The Board of Directors also adopted the "general and operational framework" for the Cultural Olympiad which is expected to begin the day after the Closing Ceremony of Tokyo 2020 and run until Paris 2024.

The Cultural Olympiad is set to feature a vast programme of artistic and cultural events to be held throughout the country ahead of the Games.

In 2021, Paris 2024 said it would also define the concepts for the celebrations that will contribute to the festivities during the Games and the main principles for the Olympic and Paralympic Torch Relays and the volunteer strategy will be finalised.