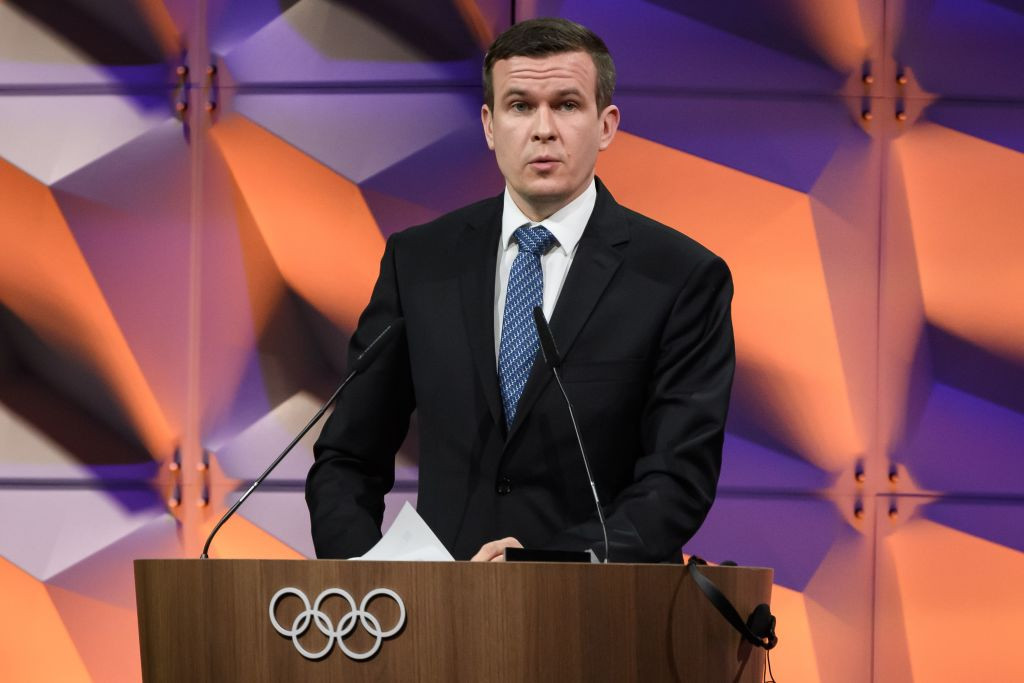 The World Anti-Doping Agency (WADA) has admitted it is "disappointed" the Court of Arbitration for Sport (CAS) decided not to enforce all of the sanctions it imposed on Russia last year, but claimed the ruling represented a victory for the organisation and that it showed how institutionalised cheating would not be tolerated.

The CAS halved the ban on Russia's flag and anthem at the 2020 and the 2022 Olympic Games in Tokyo and Beijing, respectively, and World Championships, including the FIFA World Cup from four years to two in its decision, announced today.

Sport's highest court also watered down other elements of the initial punishments handed down to Russia by WADA last December for manipulating the Moscow Laboratory data, such as the criteria required for athletes to compete at the Olympics and World Championships and allowing the word "Russia" to feature on their uniforms.

WADA President Witold Bańka claimed the original sanctions "were proportionate and reasonable" and that the global watchdog was satisfied with the outcome, which he said represents "the strongest set of consequences ever imposed on any country for doping-related offences".

"WADA is pleased to have won this landmark case," Bańka said.

"We left no stone unturned in investigating this very complex matter and in presenting our case before CAS.

"The panel has clearly upheld our findings that the Russian authorities brazenly and illegally manipulated the Moscow Laboratory data in an effort to cover up an institutionalized doping scheme.

"In the face of continual resistance and denial from Russia, we clearly proved our case, in accordance with due process.

"In that regard, this ruling is an important moment for clean sport and athletes all over the world."

Bańka added: "We are, however, disappointed that the CAS panel did not endorse each and every one of our recommended consequences for the four-year period we requested.

"These are still the strongest set of consequences ever imposed on any country for doping-related offences and the award clearly endorses the resolute, process-driven approach taken by WADA in dealing effectively with this case.

"Russia will not be permitted to participate in, bid for or host any covered event, including two editions of the Olympic and Paralympic Games and many other major events, for the next two years.

"The Russian flag will not fly nor its anthem played.

"This sends a clear message that institutionalised cheating and concerted efforts to subvert the global anti-doping system will not be tolerated."

The Russian Anti-Doping Agency (RUSADA), which remains non-compliant as a result of the CAS decision, admitted it was "not fully satisfied" with the ruling.

The Agency also has to "conduct investigations into any cases impacted by the deletions and/or alterations of the Moscow Laboratory data, as notified by WADA" and "do everything possible to locate the complete and authentic data from the Moscow Laboratory relating to those cases, so as to rectify in full the tampering that has impacted those cases".

IOC statement on the CAS decision in the WADA v. RUSADA arbitration https://t.co/BXznIDAMef

"It seems that not all the arguments presented by our lawyers were heard, but we fully welcome the responsible and reasonable approach of the arbitrators in relation to 'pure' Russian athletes, as well as the principle of 'collective responsibility' imposed by WADA in relation to all Russian sports," Bukhanov said in a statement.

The CAS verdict, announced over a year after WADA imposed the range of sanctions on Russia, was slammed by the lawyer for Grigory Rodchenkov, who blew the whistle on the country's state-sponsored doping scheme.

"The decision by CAS to effectively 'split the baby' is nonsensical and undeserved," said Jim Walden.

"Despite overwhelming proof of corruption, doping fraud and obstruction of justice, including a brazen attempt to falsely incriminate Dr. Rodchenkov through fabricated evidence, CAS has once again proven itself unwilling and unable to meaningfully deal with systematic and long-standing criminality by Russia.

"CAS reduced the ban by half, allowing Russian athletes to participate in international sporting events anyway, and in effect upheld an already-limited ban in name only."

In a statement, the International Olympic Committee revealed it would "carefully evaluate the award and its consequences for competitions within the Olympic Movement, in particular with regard to the Olympic Games Tokyo 2020 and the Olympic Winter Games Beijing 2022".

"In this respect, the IOC will consult with the International Federations and the International Paralympic Committee with a view to having a consistent approach in the implementation of the award," the organisation added.