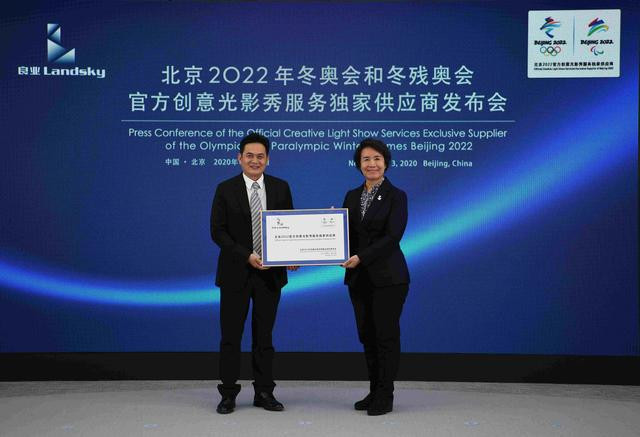 Landsky has been announced as the official creative light show exclusive supplier for the Beijing 2022 Winter Olympic and Paralympic Games.

It will provide high-standard creative light show services during the Games.

The announcement of the partnership took place at the Beijing Light Technology Museum, which was funded and built by Landsky.

"Its cooperation with Beijing 2022 is a precious opportunity for Landsky, which will illuminate Beijing, a two-time Olympic host city, with the light of technology and creativity," Piao said.

In total, 37 corporate sponsors have been signed for the Games.

The next edition of the Winter Olympics are scheduled for February 4 to 20 in the Chinese capital, followed by the Paralympics from March 4 to 13.

Despite disruption caused by the COVID-19 pandemic, including the cancellation of test events, preparations for Beijing 2022 are reportedly on track.