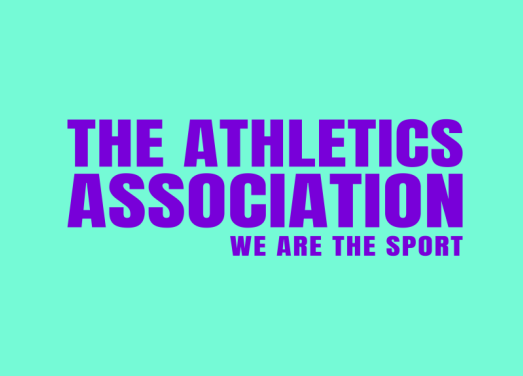 The 2021 Wanda Diamond League (WDL) series will include all the disciplines World Athletics planned to remove from its top tier programme this year before the coronavirus pandemic prompted a radically re-shaped programme.

"Following a planned reduction in the number of disciplines for 2020," World Athletics announced today, "the series returns to a full programme of 32 disciplines in 2021.

All field events - long jump, triple jump, shot put, javelin and discus - will follow the controversial "Final Three" format in which three athletes qualify for a "final" with all previous marks wiped out.

Other major changes include the Diamond League live broadcast returning to two hours in duration – having previously been scheduled to last just 90 minutes – and the contesting of seven of the competitions at the Diamond League Final in Zurich, the 14th and final meeting of the series, as "street events."

The news of this major revision of its programme by World Athletics has been welcomed by the group that formed largely in reaction to the planned reductions announced last November, The Athletics Association (TAA).

"The Athletics Association Board welcomes the news that the 2021 Wanda Diamond League series will once again feature 32 disciplines," a TAA statement said.

The Wanda #DiamondLeague expects to return to a competitive season in 2021, with 13 meetings leading up to a two-day final in @WeltklasseZH.

Athletes will compete in 32 disciplines for the Diamond Trophy, and the prize money has been restructured.https://t.co/LYC4rK5v08

"The original decision to reduce the Diamond League disciplines from 32 to 24 in November 2019 was one of the priority issues for this association.

"Following a year of hard work from the Associations’ members, today’s announcement from the Diamond League really shows the power of the collective athlete voice and the importance of collaboration and unfiltered dialogue."

World and Olympic triple jump champion Christian Taylor, TAA President, said: "We are delighted that athletes' voices have been heard and the events that were removed from the Diamond League schedule a year ago have returned.

"Additionally, we are pleased with the open, honest, and considerably positive dialogue with the Wanda Diamond League and World Athletics."

World Athletics President Sebastian Coe, who is also chairman of the Diamond League Association, commented: "This has been a frustrating year for the athletes, meeting directors, broadcasters, sponsors and of course fans.

"We have managed to host eight WDL meetings this year in one form or another and I would like to thank the meeting organisers and our athletes for believing, hosting and competing.

"We have also used this time to bring together the meeting organisers, broadcasters, athletes and managers to openly discuss issues, share ideas to grow the WDL and understand more about the pressures each group faces."

Changes in the Diamond League's format for the 2020 series were announced in March 2019, guided by extensive market research.

The number of Diamond Race events was reduced from 32 to 24 and a second Chinese meet was added to the calendar, while the dual final format – involving Brussels and Zurich - was replaced by a single final, initially at the latter venue.

The four events that were controversially cut, either partially or completely, from the latter competition for next season - triple jump, discus, 200 metres and 3,000m steeplechase – were re-cast as part of the core events in the top, or Gold level of the newly formed second tier of the programme, the WA Continental Tour.

The discus throw, triple jump and 3,000m steeplechase were the three events that sat at the bottom of the research conducted and were largely excluded from the WDL programme for 2020.

The 200m, which Diamond League organisers felt would create too much congestion alongside the 100m, particularly in an Olympic Games’ year, was also dropped.

Both the 200m and the 3,000m steeplechase were be included in 10 meetings - five male and five female - in the 2020 Diamond League season, including Oslo, Rome and Doha, but they were set to be non-scoring events with no place in the DL final.

The 5000m distance was also absent from the proposed WDL programme, being effectively replaced by a 3000m.

TAA vice-president Emma Coburn, who has won world gold and silver in the 3000m steeplechase, added: "About a year ago, when athletes all over the world learned that their event would no longer be in the Diamond League programme, a group of passionate athletes formed The Athletics Association with the goal to advocate for athletes, and I am so proud of the work we have done so far and on this issue.

"I’m really pleased that athletes have a win."

As in previous years, the WDL will allocate prize money across all disciplines, with male and female athletes receiving the same amount.

A  further $30,000 distributed amongst the other finalists.