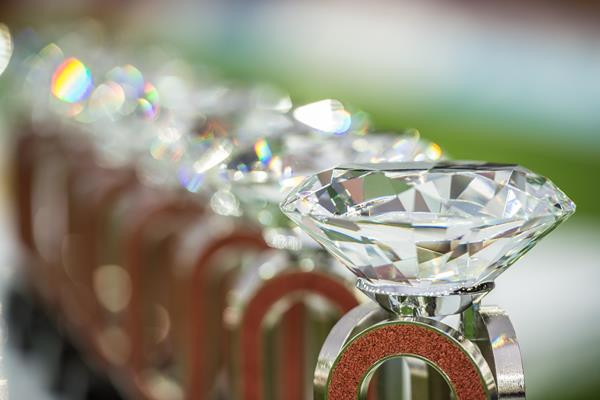 Gateshead will replace Birmingham on the International Association of Athletics Federations (IAAF) Diamond League circuit next year, it has been officially confirmed.

The venue will step in as a replacement as Alexander Stadium is being redeveloped in time for the 2022 Commonwealth Games in Birmingham.

Jamaica's Asafa Powell went on to equal the 100 metres world record at Gateshead in 2006 in a time of 9.77sec.

"It's brilliant to be returning to the North-East," said British Athletics major events director Cherry Alexander.

"We know from previous events how passionate their spectators are and how much they appreciate and respect the heritage of the sport.

"The venue has proved time and time again it can host world-class athletics and international championships, so we know we're going to have a great experience working with them once again."

A second meeting is also to be held in a Chinese city, still to be confirmed, following the announcement last month that Chinese conglomerate the Wanda Group had signed a five-year agreement to become the title sponsor of the IAAF Diamond League.

That event, scheduled for May 10, will be the second meeting on the calendar following the opening event in Doha, which staged this year's IAAF World Championships on April 17.

That will be followed by the meeting in Shanghai on May 16.

Shanghai has been part of the IAAF Diamond League since 2005.

The final programme for next season of 14 meetings and one final were confirmed following the IAAF Diamond League General Assembly in Monaco.

Following Shanghai, the IAAF Diamond League will move to Europe for events in Stockholm and Rome on May 24 and 28 respectively.

It will then make its one stop in Africa when it visits Rabat on May 31, before heading to the United States and Eugene, due to host the 2021 IAAF World Championships on June 7.

The IAAF Diamond League then moves back to Europe for Oslo on June 11, Paris on June 13, London on July 4, Monaco on July 10, Gateshead on August 16, Lausanne on August 20 and Brussels on September 4.

The season is then due to finish with the final in Zurich on September 11.

A new format featuring a 90-minute international broadcast window is set to be trailed in 2020.

Further work is being undertaken on whether each meeting is able to host 11 or 12 Diamond League disciplines in the set time frame and which events each meeting will host outside the 90-minute broadcast window.

A final decision on the disciplines is due at the beginning of next month.

The IAAF will also launch a second international series of one-day meetings in 2020 entitled the World Athletics Continental Tour.

This, they promise, will provide world-class competition, top-flight world ranking points and earning opportunities for many more athletes, with a focus on those disciplines not featuring regularly in the Diamond League, and which will be broadcast around the world.

The world rankings system will be structured so that athletes in every discipline will earn the same level of points at their highest available one-day meeting series, whether that is in the Diamond League or the new tour.

"The Diamond League is our shop window and we want to attract new fans with a fast, action-packed format that is commercially attractive to broadcasters and partners," Sebastian Coe, the IAAF President and chairman of the IAAF Diamond League, said.

"That approach has already been endorsed by our new title sponsor Wanda.

"I am delighted that the Diamond League meetings have chosen to actively support the creation of the World Athletics Continental Tour as this will enable us to maintain strong international competition opportunities for all our world class athletes as they come through their continental structures."