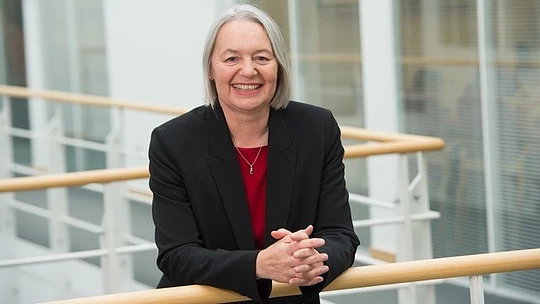 Karen Rothery has been appointed as the new chair of British Ice Skating, it has been announced.

Rothery's appointment was approved by the British Ice Skating Board earlier this month.

This followed the completion of an initial induction period.

British Ice Skating President David Hartley has served as interim chair of the organisation during the coronavirus pandemic.

He will remain in the post until May 2020, with British Ice Skating saying this will help ensure an orderly handover.

British Ice Skating chief executive Michelle Draper welcomed the appointment of Rothery and thanked Hartley for his work during the coronavirus pandemic.

"Karen is a wonderful addition to the Board at an exciting time for the organisation," Draper said.

"The wealth of experience she brings will help drive forward British Ice Skating in a range of key areas.

"The vision and mission of the organisation continues to evolve, and Karen will provide expert knowledge to assist as chair of the Board.

"David stepped up to really help the organisation in his time as chair and I would like to extend my thanks to him.

"He has been vital in helping us get through the difficulties that have arisen because of the COVID-19 pandemic."

We are pleased to announce that Karen Rothery has been appointed as the new chair of British Ice Skating.

Following completion of an initial induction, it can now be revealed she will replace interim Chair David Hartley.

She also holds non-executive roles including chair of This Mum Runs and Board membership at Triathlon England.

This includes overseeing the performance squads.

British Ice Skating is based at the English Institute of Sport in Sheffield.