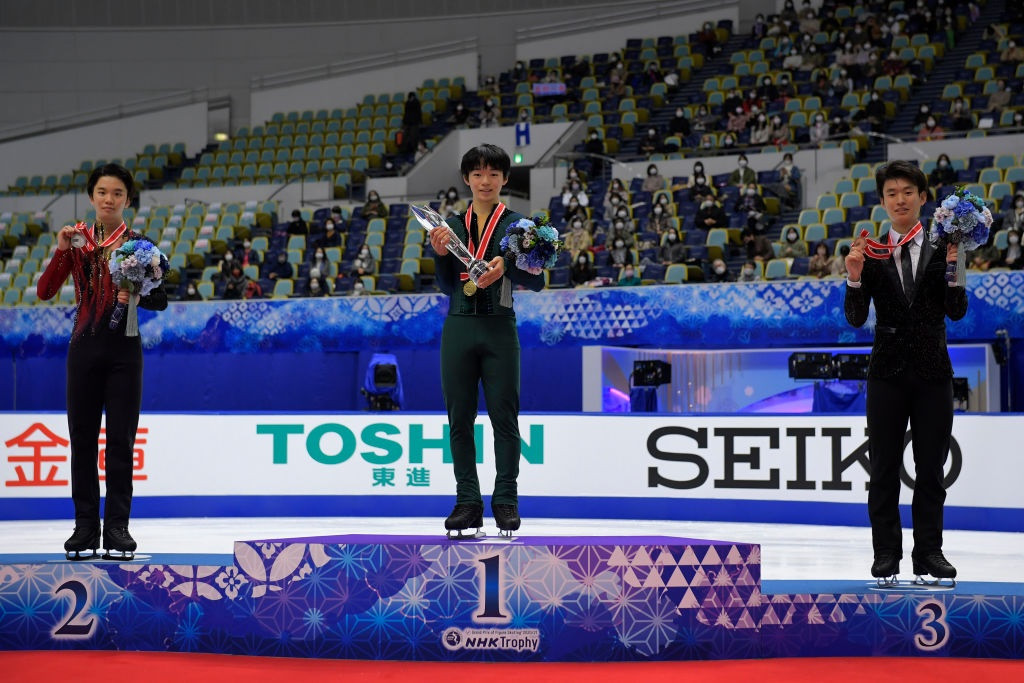 There was no stopping Yuma Kagiyama and Kaori Sakamoto as they stormed to singles titles at the Grand Prix of Figure Skating event in Osaka.

It increased the 17-year-old’s overall tally to 275.87 as he clinched gold on his senior-level Grand Prix debut.

Kazuki Tomono came second with 226.62 while Lucas Tsuyoshi Honda did enough to secure bronze with 217.56 despite finishing sixth in the free skate.

"This was my first big senior competition and being in first place really builds my confidence," said Kagiyama.

"I think it is a good step for the next competition.

"The programme was not perfect yet.

"In the lutz-loop (combination) I popped the second jump. I need to practice more for the next competition."

Overnight leader Sakamoto skated last and ended the competition on a high note with a stunning performance.

Scoring 229.51 overall, Sakamoto crushed the competition to win her first Grand Prix title of her career.

Wakaba Higuchi earned the silver medal with 200.98 while Rino Matsuike, who turned 16 last month, climbed from fourth to take bronze in her senior Grand Prix debut with 198.97.

"Last season I was not able to skate this programme clean because I lacked stamina," said Sakamoto.

"During the six weeks quarantine I worked hard off the ice and it paid off.

"It was tough, but I told myself I need to go through it. I never want to feel the same I did last season."

Kana Muramoto and Daisuke Takahashi settled for third place on their competitive debut with 157.25.

"I am very happy and proud we skated two powerful programmes," said Komatsubara.

The competition, which does not feature a pairs contest, is due to finish tomorrow with the exhibition gala.

The NHK Trophy is the fourth stop on the Grand Prix of Figure Skating schedule after events in the United States, China and Russia.